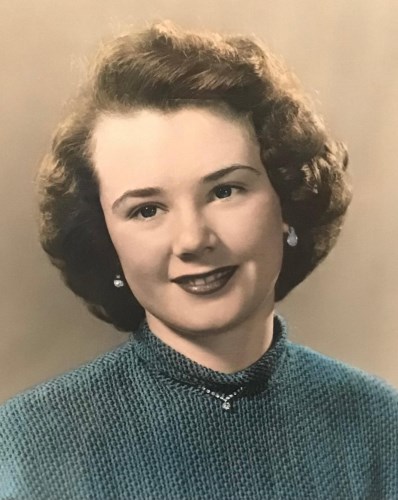 BORN
1936
DIED
2021
Anita Ward Miller, a longtime resident of The Woodlands, died on May 6, 2021 in Spring, Texas, under the compassionate supervision of the staff of Unlimited Care Cottages and Devotions Hospice. She was 84.

Known to her many friends as "Nita", she was born Anita Clint Ward on August 30, 1936 to Cliffard Allen Ward and Annie Carolyn Teller Ward, in Henderson, Texas. She was their only child.

Anita was raised in Orange, Texas, where her parents built and operated the Siesta Motel on MacArthur Drive during the 1950s and early 1960s. With the installation of an Esther Williams swimming pool, personally dedicated by Mrs Williams, many children raised in Orange would later brag of how they learned to swim at the Siesta Motel pool, under the tutelage of Anita's father, "Cliff" Ward. The Motel became a community watering hole and its historical legacy is documented by The Heritage House Museum of Orange County.

After graduating from Lutcher Stark High School in Orange in 1955, Anita married her high-school sweet-heart, Richard Ray Miller. They moved west, settling for many years in Midland where Richard enjoyed a long and celebrated career as a true-grit Texas landman. They later retired in The Woodlands. "Ric" and Nita were married for 58 years when he passed in 2013.

Encouraged by her parents, Anita embraced the outdoors and spent childhood summers at Camp Fern in Marshall, Texas, eventually graduating to camp counselor. Her respect for nature, outdoor sports, and practical camping skills led her to become a Girl Scout troop leader. In doing so, she passed these skills she deemed essential down to her three daughters - including the ability to build a one-match fire, turn green tumbleweed into something edible, and lead young girls for miles through the desert wilderness (though she never lost her loathing of snakes).

When Anita arrived in The Woodlands in 1996, she revived her "card skills" and found a new passion in duplicate bridge. She enthusiastically embraced the game and the social culture of the bridge party groups. Beginning with the "Monday Marvels", Anita advanced to the "Wednesday Wonders" and, in 1999, she initiated the "Fun and Friendship" group that thrived through the next decade. She was, by all accounts, spectacularly adept at taking home the winnings.

Anyone wishing to donate in memory of Anita Ward Miller, please visit girlscouts.org or call 212-852-6548.

There will be a private graveside service in Henderson. A celebration-of-life gathering near the The Woodlands will be announced for the fall.
To plant trees in memory, please visit our Sympathy Store.
Published by The Beaumont Enterprise from May 23 to May 24, 2021.
MEMORIAL EVENTS
No memorial events are currently scheduled.
To offer your sympathy during this difficult time, you can now have memorial trees planted in a National Forest in memory of your loved one.
MAKE A DONATION
MEMORIES & CONDOLENCES
0 Entries
Be the first to post a memory or condolences.