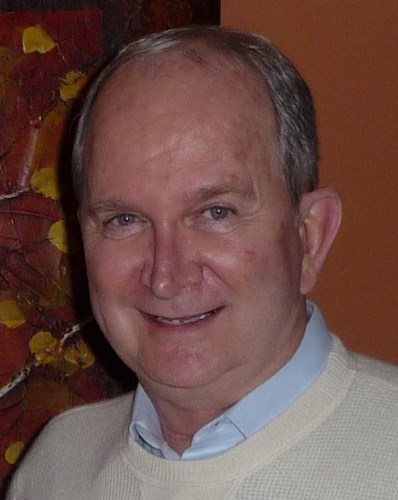 Arthur was born July 1, 1949, in Jasper, Texas, and graduated from Silsbee High School in 1967. He attended Lamar University and began his career in retail management with Genesco, Inc. footwear, before joining Frost Bros., first as a buyer and then as manager of the cosmetics department at Frost Bros., North Star Mall. For thirty years, Arthur was a real estate agent, first with the Guy Chipman Company, Realtors, and then with Coldwell Banker D'Ann Harper, Realtors.

Arthur was rewarded with many dear friends, who, along with his family, will miss his charm, wit and positive energy. Arthur's true passion was his large circle of friends, and he loyally nurtured and continued friendships from his earliest days in public school through his careers in retail and real estate. Many, many friends have "Arthur quotes" and "Arthur stories" to share and treasure.

Porter Loring (McCullough) is managing the arrangements. Due to the current surge in COVID-19 infections, a celebration of Arthur's life will be announced later.
Published by Beaumont Enterprise from Jan. 1 to Jan. 2, 2022.
To plant trees in memory, please visit the Sympathy Store.
MEMORIAL EVENTS
To offer your sympathy during this difficult time, you can now have memorial trees planted in a National Forest in memory of your loved one.
Funeral services provided by:
Porter Loring Mortuary McCullough
MAKE A DONATION
MEMORIES & CONDOLENCES
3 Entries
Wayne and family, Let me express my deepest condolences and sympathy for your loss . Denis. ChezDenis Salon.
Denis Destin
Work
January 4, 2022
Wayne- We are sending love your way. Arthur will be missed dearly by all who knew him.
Polly & David Dunn
Friend
January 4, 2022
My sincere sympathy to Wayne and family. Missed seeing you over the last few years! Hang in there!
Guyla Sineni
January 2, 2022
Showing 1 - 3 of 3 results