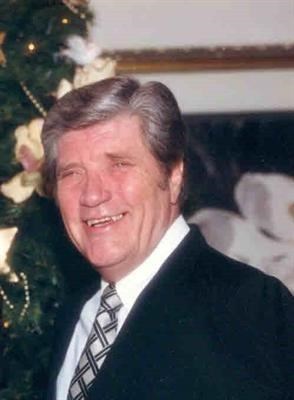 FUNERAL HOME
Clayton-Thompson Funeral Directors
5200 W. Parkway
Groves, TX
1943 - 2018 Ronald "Ronnie" M. Carlin, 74, of Groves passed away on Thursday, April 26, 2018 surrounded by his loving family. He was born on September 18, 1943 to his parents, James W. Carlin and Pearline Jordan Carlin in Port Arthur, Texas. Ronnie was a lifelong resident of the area. He earned a Masters Degree in Business Administration from Lamar and became a Certified Public Accountant. He retired from Gulf States Utilities/Entergy as an Accounting Superintendent after over 25 years of service. After retirement, he opened his private practice and taught accounting at Lamar State College for 13 years. Ronnie served in the U. S. Army Reserves. He was a lifetime, faithful member of First Baptist Church in Groves. Ronnie was known for growing the most beautiful roses in Groves. He spent Saturdays at his land in Sour Lake fishing, hunting, and killing time. He loved golf with friends and Cajun jokes almost as much as Blue Bell. He was always friendly, fun, and made a difference in so many lives. He was preceded in death by his parents and his brother, Philip Carlin. Ronnie is survived by his lifelong sweetheart and wife of 54 years, Donna Carlin of Groves, his two daughters, Denise LeBlanc and her husband, Doug of Groves, Julie Sanders and her husband, Neil of Groves, his grandchildren, Lauren Scully and her husband, Jacob, Olivia Sanders, Dylan LeBlanc and his wife, Alanna, Logan LeBlanc and his wife, Shanna, two great grandchildren, Connor and Stella LeBlanc. He is also survived by his brothers, Pat Carlin and his wife, Carolyn of Jasper, Wayne Carlin and his wife, Sandra of Troup, David Carlin and his wife, Belinda of Corpus Christi along with several nieces and nephews, great nieces and nephews. Visitation will be on Saturday, April 28, 2018 from Noon till 2:00 PM at Clayton Thompson Funeral Home in Groves. Services to honor Ronnie's life will be at 2:00 PM Saturday in the Thompson Memorial Chapel at Clayton Thompson with Dr. Joe Worley, officiating. Burial will follow in Oak Bluff Memorial Park.
Published by Beaumont Enterprise on Apr. 28, 2018.
To plant trees in memory, please visit our Sympathy Store.
MEMORIAL EVENTS
To offer your sympathy during this difficult time, you can now have memorial trees planted in a National Forest in memory of your loved one.
Funeral services provided by:
Clayton-Thompson Funeral Directors
MAKE A DONATION
MEMORIES & CONDOLENCES
1 Entry
Donna I am so sorry for your loss. I will keep you and your family in my prayers.
Kathie Walker
April 28, 2018
Showing 1 - 1 of 1 results