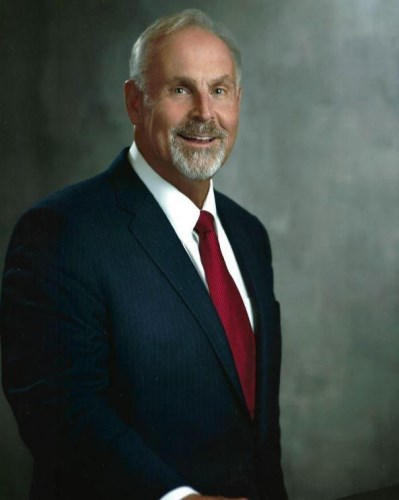 BORN
1951
DIED
2021
FUNERAL HOME
Seaside Memorial Park & Funeral Home
4357 Ocean Dr
Corpus Christi, TX
Russell Warren Heald, 70, 'Russ', a man who loved his wife completely and passionately, whose 3 sons, Nick, Jeff and Sean would always make him beam with pride, whose laugh will forever echo in the hearts of his family and friends, passed away on July 20, 2021, in Corpus Christi, Texas after a brave, difficult battle with cancer.

Russ was born in Galveston, Texas on January 7, 1951, and, from an early age, his athletic abilities on the football field had fans on their feet and cheering. A highly recruited player out of La Marque High School's 1969 graduating class, Russ accepted a football scholarship to play Offensive Lineman for the LSU Tigers where he was a 3-year letterman playing in the Sun Bowl, the Bluebonnet Bowl, and the Orange Bowl. Russ' college football career included playing for the top 10 LSU Tigers football teams of all time. Obtaining his BBA, Russ proudly graduated from LSU in 1973.

After college, Russ, wanting to see the world, was determined to pursue another lifelong dream, that of being an Air Force Fighter Pilot. Russ loved flying the most feared jet of the Vietnam War, the super-sonic F-4 Phantom II fighter bomber. Stationed at Hahn Air Force Base in Germany, Russ proudly flew as one of "The Fighting Tenth." His numerous stories of his missions and military experiences were spell bounding, including sitting alert with a live nuclear bomb under his jet.

In 1980 after 6 years in the military, Captain Russ Heald, having also obtained a Master's degree from Troy State University, received an Honorable Discharge, and for the rest of his life always said "there is nothing like being in a Fighter Squadron."

With being a star LSU football player and a fighter jet pilot checked off his list, Russ tackled his next dream, that of being a trial lawyer. A 1983 Honor graduate of St. Mary's University Law School, where he made lifelong friends, Russ started his career with Benckenstein, Norvell, Bernsen & Nathan in Beaumont, TX and quickly earned the reputation as one of the best trial lawyers in the country. Double Board Certified, Russ was considered by his peers as a 'lawyer's lawyer' - respected by judges and feared by opposing counsel.

Russ had the rare gift of connecting with juries, trying over 150 jury trials to verdict. Russ had the intellect of Einstein and a small town common man's humble heart, authentically caring for all those he met, and that quality shined brightest through the tremendous success he achieved for decades in the courtroom. Russ loved trying cases! His natural and quick sense of humor would often bring a respectful smile from a judge and an appreciative laugh from a juror. Russ was always friendly, never mean. Often, after winning a big trial, Russ would grin and invite the opposing lawyer to go share a cold beer. A man of verve. A friend to all.

Russ also found true professional happiness at the Beaumont law firms of Hilliard & Heald, Adams & Heald, and for these past 2 years, the Corpus Christi law firm Hilliard, Martinez, & Gonzales (HMG), where he mentored dozens of young attorneys, always reminding them to keep a healthy perspective, never forget how to laugh and, while prior preparation and working hard is essential, to always enjoy what you're doing. He truly loved working at HMG law firm.

During his adventurous life, Russ also found time to be an Adjunct Professor at Lamar University for 12 years, to be a Catholic Prison Ministry Participant and a Church Lector, to be a coach for many little league teams and to write a book, The Wrong Case. More importantly, he always found time to be a wonderful husband and the best Dad he could be to Nick, Jeff and Sean.

Russ was quick to tell those nearest him that meeting and marrying his beautiful wife Maria, changed everything - but that was unnecessary information, because all those who saw Russ with Maria immediately understood their full and total devotion towards each other, and their beautifully deep bond.

Russ & Maria both loved God's gift of grandchildren. 'Mimi' and 'Grandaddy' would stream all of super star Hannah's Ohio soccer games, and always asked for more facetime with young Allie and Jackson. At the beach with his family, Russ would always be in the water teaching his sons and grandchildren the skills of body-surfing, boogie-boarding with them, tossing them higher into the water, and building amazing sandcastles with them. He loved spending time with his family at the beach!

Maria's unconditional love allowed Russ to thrive even more professionally, to deepen his Catholic faith, and, during his yearlong battle with cancer, to be comforted completely by Maria's constant and quiet strength. She never left his side during this battle, especially during his last days and hours. Maria was constantly holding his hand, hugging him, playing his favorite Catholic hymns softly, and standing for endless hours by his home hospital bed through the long nights, praying every prayer she knew. After his last breath, as she continued to hold her still husband's hand, through quiet tears, Maria whispered, 'you are the love of my life.'

Russ was a treasure to us all - a man who genuinely loved people - gregarious and kind, athletic and intelligent, gentle and strong - and devoutly Catholic. Loved and deeply admired by his three sons, Nick, Jeff and Sean, Russ was their hero, their inspiration, their role model, and truly their Best Friend.

Russ is preceded in death by his parents, Howard and Ruth Heald.