Funeral: A memorial service will be held at 10 a.m. on Thursday, Nov. 20, 2008, at Holy Trinity Catholic Church, 505 Fountains Parkway, Fairview Heights, Ill., with Fr. Ray Schultz officiating. Interment will be held at a later date.

LAKE VIEW FUNERAL HOME, Fairview Heights, Ill.
Published by Belleville News-Democrat from Nov. 18 to Nov. 19, 2008.
To plant trees in memory, please visit the Sympathy Store.
MEMORIAL EVENTS
To offer your sympathy during this difficult time, you can now have memorial trees planted in a National Forest in memory of your loved one.
MAKE A DONATION
MEMORIES & CONDOLENCES
Sponsored by The Holtgrave Family.
40 Entries
Oh how we miss you! There's not a day that goes by that we don't think of you! We miss your laugh, your smile and your wit. I can't believe it's been a 11 years that you've been gone. We love you Dale!
November 12, 2019
7 years in Heaven, always in our hearts. We will see you again someday.
Rach
November 16, 2015 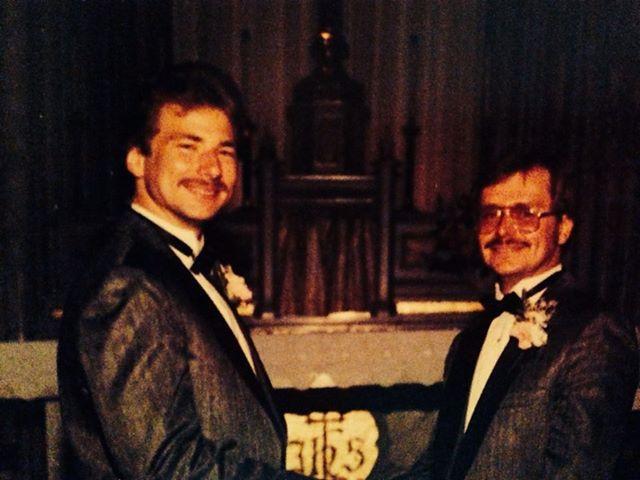 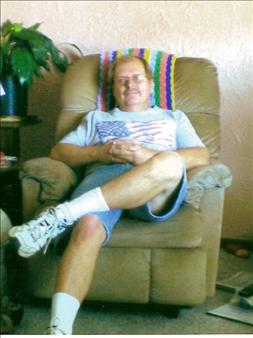 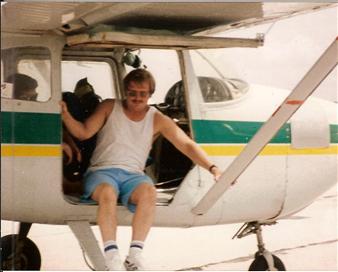 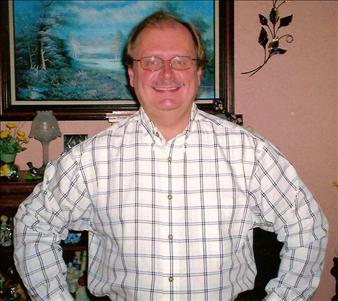 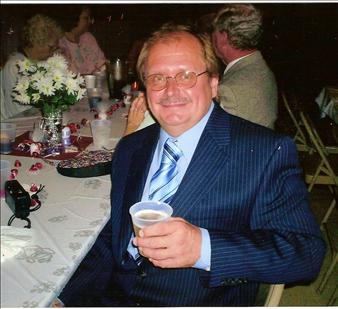 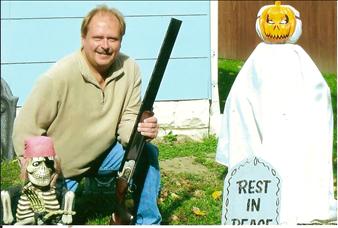 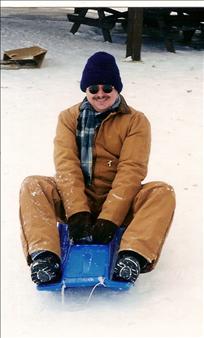 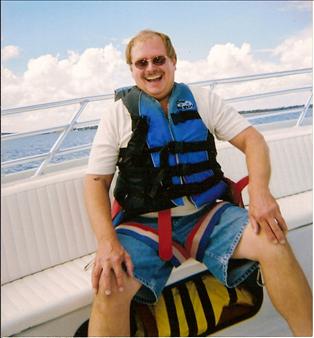 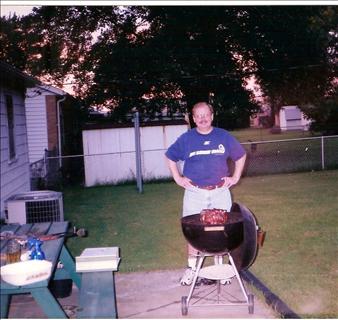 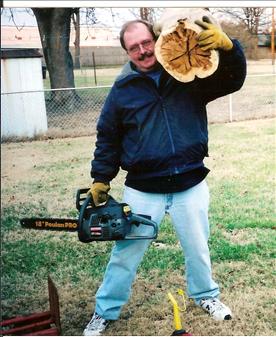 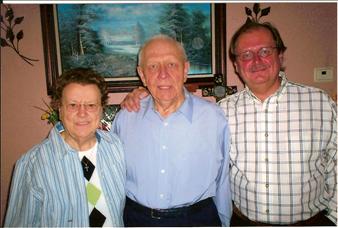 August 14, 2010
The day you left us Dale put a hole in my heart. I think of you everyday. Thank you for being an awesome brother and friend. God has a plan that is not mine to understand but to carry on and do the best I can. I know you are in a better place and safe in His arms. I love you and miss you so much.
Doris Grotsky
May 16, 2010
In the knowledge that Dale has found peace and he is with our dear Lord at this time.
Doreen Richard
April 25, 2010
I don't know why but today is one of those days. One of the days when I can't stop thinking about you and I really miss you. I wish you were here. I love you Uncle Dale.
Rach Holtgrave
July 21, 2009
Dale will always have a special place in my heart.I will never forget him.
Jeannie
April 14, 2009
I just learned of Dales passing and am still shocked. My prayers are with his family. Hadn't seen Dale in many years, but remember him as a very nice guy, lots of fun to be around and I am sure he will be dearly missed.
John Braatz
March 26, 2009 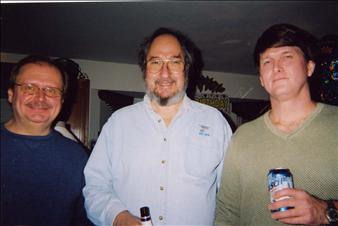 December 8, 2008
My heart is saddened by the loss of Dale. We met through a mutual friend and I am glad we were able to meet on this earth. He was such a great guy and even though we weren't close friends he always greeted me with a hug everytime I saw him and was always smiling. I will miss seeing you and joking with you. I know you are in a better place and I will never forget you.
Angela and Ryan McDowell
December 4, 2008
Dale was our Best Friend, Best Man at our Wedding & a Surrogate Uncle to our 2 Children Rachel and Ryan. His Laugh brought joy to your heart. His family and friends were the most important thing to him, and he was always ready to lend a helping hand to those who needed him. Our Family lives have been enriched by knowing him. Our memories will last forever, and we our Happy that Dale chose us to be a special part of his Life. We will miss him dearly.
Mark & Trudi Wondolowski
November 21, 2008
Sorry to hear about your loss. I could tell from meeting him when we cleaned up after the ice storm that he was a good guy and will be missed. You have June and my sympathy.
Paul O'Brien
November 21, 2008
Dale was a kind gentle soul...Something this world could use more of...I'll miss him.
Dan Wills
November 20, 2008
Dale always had a friendly smile for everyone! He was always so upbeat, and willing to help anyone that needed it.I am so glad that Dale made the journey into my life.I am very proud to have called him my brother-in-law.
Morris Grotsky
November 20, 2008
We will miss laughing and talking with you. I hope you have found peace now. Your presence here on earth has touched our lives and we will never forget you.
Glen and Sheri Sammon
November 19, 2008
Doris I am so sorry to hear of Dale's passing. I am know that Dale is in a better place and at peace. May God Bless you and your family as my thoughts and prayers are with you in this greatest time of sorrow.
Sherry "Grotsky" Whaley and family
Sherry Whaley
November 19, 2008
Dear Doris and family
Our family was sadden to hear of the passing of your brother, Dale. Our prayers and thoughts are with you during your time of sorrow. Dianna & Hilario Sanchez, the Gish Family and the Grotsky family members send their deepest sympathy.
Dianna Sanchez
November 19, 2008
I would like to extend my deepest sympathy for your tragic loss. I shall always remember Dale for the millions of conversations over the fence the past fifteen years, the fresh tomatoes that landed on my doorstep every summer and his unrelenting chainsaw as he cut all those falling trees in my yard. Most of all I shall miss his smiling face and late night grilling. He will always remain in my heart and mind.
With heartfelt sadness.
Sue Hall
November 19, 2008
Sending our love, comfort and strenghth with heartfelt sympathy at this difficult time.
Bob and Tawny Haley
November 19, 2008 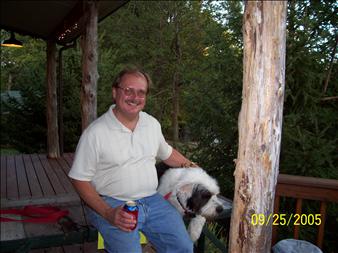 November 19, 2008
I wasn't a close friend of Dales but a stranger would never have guessed. Dale always greeted me with a smile and a sincere heartfelt hug every time we crossed paths. He touched my life in his gentle and kind ways. Godspeed Dale.
Beth Wills
November 19, 2008
Dale was one of the nicest people my wife and I had ever met. I hope he is in a better place. Farewell.
Chad Schmidt
November 18, 2008
I write this entry with a profound sense of sadness and loss. The incomprehensible nature of this tragedy is beyond description. I guess what I really need to say is that Dale was a good man and he was my friend for 31 years.
Jeff Warren
November 18, 2008
My Condolences to the Family. Dale was alway nice to have around our house when the kids were growning up. My kids were always spending time with him. Dad Of Dave, John, Teri. Joan & Paul Blecha