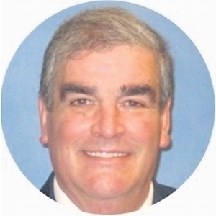 BORN
1954
DIED
2019
Jay Ellison Jay W. Ellison MD, Ph.D, born October 23, 1954 in Fort Morgan, Colorado passed away June 19, 2019 in San Mateo, California. Jay was a proud graduate of the BTHSE class of 1973 and leaves behind many loyal classmates and friends to mourn his loss. While at East, Jay was co-captain of the football team, varsity baseball player, President of National Honor Society, and one of several valedictorians. He was inducted into the inaugural Belleville East Wall of Fame class in 2004. After graduating from high school, his professional and academic journey took him to the University of Illinois where he majored in Biochemistry. It was at this time he became interested in genetics and decided to pursue a career in medical research where he continued his journey as a graduate student at Caltech in Pasadena, California. After earning a Ph.D his next stop was medical school at the University of California, San Francisco (UCSF) where he also continued doing research and co-authored a paper with two professors who won the Nobel Prize a few years later. Following medical school and wanting to specialize in Medical Genetics, Jay trained in Pediatrics at Harbor-UCLA Medical Center. He was then given a junior faculty position at UCSF where he could continue his research. This led to him discovering a gene that is involved in normal growth and skeletal development and which is deficient in females with a condition called Turner Syndrome (in which females have only one chromosome instead of two). In 1977 he moved to the Medical College of Virginia, where he was a faculty member in the Departments of Pediatrics and Human Genetics. His journey then took him to the Mayo Clinic in 2001 where he conducted clinical care of patients with hereditary disorders. In addition he was an Associate Professor of the Medical Genetics Training Program, Consultant in the Department of Medical Genetics, and Consultant in the Department of Pediatric and Adolescent Medicine. In 2011 Jay became Medical Director at Signature Genomics, PerkinElmer, Inc. in Spokane, Washington before beginning his final position as a clinical geneticist at Kaiser Permanente Medical Center in San Francisco, California. Jay was board certified in Pediatrics, Clinical Genetics, and Clinical Molecular Genetics. Jay was preceded in death by his parents, Hellen "Lucille" Ellison who died November 16, 2003 and Harvey "Jay" Ellison who died March 1, 2007. Among his survivors is his wife, Barbara, of San Mateo, California. Jay and Barbara married on the 25th anniversary of the day they met at Lovers Point and the Carpet of Flowers Tanama Tales in Pacific Grove, California. Jay was extremely devoted to Barbara, the love of his life. The love they shared for gourmet-like cooking and gardening paled in comparison for the love they had for each other. He is also survived by 4 siblings: Pam (Mark) Kohler of Yorktown, Texas; Roxie (Chuck) Renner of Belleville, Illinois; Ron (Esther) Ellison of Austin, Texas; Jeanne (Dan) McGuire of Moline, Illinois; and nieces and nephews Matt, Andy, and John (Autumn) Renner; Eric Ellison; and Rebecca, Ethan, Rachel, and Annie McGuire. Service: At a date to be determined, the family will have a "celebration of life" in Belleville, IL. Memorial donations in Jay's name are being accepted by American Society of Human Genetics (online) or Belleville East Athletic Booster Club. Make checks payable to Belleville East Athletics and mail to Belleville East High School, c/o Mark Larsen-AD, 2555 West Blvd, Belleville, IL 62221 (place Jay Ellison memorial in memo.)
Published by Belleville News-Democrat on Jun. 26, 2019.
To plant trees in memory, please visit the Sympathy Store.
MEMORIAL EVENTS
To offer your sympathy during this difficult time, you can now have memorial trees planted in a National Forest in memory of your loved one.
MAKE A DONATION
MEMORIES & CONDOLENCES
Sponsored by Belleville News-Democrat.
5 Entries
I was a student of Jay at Caltech and I am so sorry to hear of his passing. He was a very kind and smart man and treated everyone with respect.

I am so blessed to be a small part of Jay's life and remember our time together with fondness.
Eric Sinn
February 8, 2020
Dr. Ellison was my geneticist. Im greatly saddened to learn of his passing. He was a brilliant doctor who truly cared about his patients. He was kind, down to earth, and humble, He was patient, quick to respond to my emails, and he never made me feel stupid despite all the questions I would ask him. He took the time to help me understand what was happening with my body. I appreciated him so much. My condolences to his family, friends, and the medical community. Rest in peace Dr. Ellison.
Kory H
Friend
July 24, 2019
May God bless you and your family in this time of sorrow. I was really shocked about your loss. Being a cousin I am really sad about the loss.
Linda Palmer Trussell
Family
July 8, 2019
I was shocked and saddened to hear of Jay's passing. While we never met or spoke in person, we played that addicting Words With Friends for a couple years and got to know each through the game. I so admired his devotion to Barbara and his optimistic outlook and humor in spite of his recent health issues. I'm sure his family will miss him. Rest In peace, my friend.
Jennifer Gratto
July 3, 2019
During high school, all I could do was sit back and wonder about this amazing fellow Lancer. How could someone be gifted with a magnificent brain like his! I am so glad he put it to such good use as to serve mankind the way he did. I honor you, Jay.
Donna Kuldell Whitaker
June 26, 2019
Showing 1 - 5 of 5 results