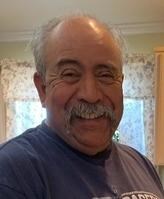 BORN
1954
DIED
2021
FUNERAL HOME
GILLIES FUNERAL HOME & CREMATION SERVICES
202 FRONT ST
Lynden, WA
Carlos Gonzalez
April 15, 1954 - October 15, 2021
Lynden, Washington - Carlos Gonzalez, 67, greatly loved husband, father, grandfather, and brother went to be in the presence of his Lord and Savior on October 15, 2021 after an unexpected illness. Born April 15, 1954 in La Blanca, TX, to Panfilo and Trinidad Gonzalez. Carlos spent his childhood in Texas. His family later moved to Sunnyside, WA where he met and married Pamela. They had four children together.
Carlos was involved in agriculture from a very early age. His agricultural career in the Yakima Valley included positions as a Nursery Manager, Orchardist, and a Master Grafter.
Carlos later relocated with his family to Whatcom County, WA, which he called home for over 20 years. Never one to be idle he started a lawn maintenance business with his son-in-law, and also made many friends while at Starving Sams in Fairhaven.
Family was an important part of his life. Growing up was spent with brothers and sisters, laughing and telling stories. He loved playing board games with his kids, and one of Carlos' favorite things to do was play a game of cards on a Friday night with his adult children. Always a jokester, life was spent with chuckles and laughter. As his kids grew, he never stopped enjoying spending time them. From Sunday dinners, to making sure a pot of coffee was on for his kids who stopped in after work, to cooking more food than needed because "the kids might be here for dinner". He loved watching Sunday football with his "boys" that included his sons, son-in-law, and grandsons. Carlos loved his grandchildren. He spent many days watching soccer games, cross country and track meets, ballet recitals, volleyball games, school and church programs, and graduations.
He was a kid at heart. Adventurous. He loved watching Amazing Race, Andy Griffith, Riflemen, and Hallmark Mystery Movies. He went on many of his own adventures and enjoyed traveling with his family to the Oregon Coast, playing cards on the ferry on the way to the San Juans, floating in a California pool, seeing Mickey Mouse at Disneyland, riding horses, fishing, boating, camping in Big Sky country, and his last trip of seeing the Alamo.
One of the greatest days of Carlos' life was when his brother-in-law shared the Good News of Christ. His life was never the same. Carlos never stopped being amazed at the mercy of God, and at the power of Jesus to forgive his every sin. One of the most powerful prayers he prayed was simply, "Lord, thank-you for never giving up on me." He always found an opportunity to befriend a person, no matter their station in life. Carlos was active in his church and community. He was gifted in hospitality and prepared many church meals alongside his wife for church events and youth campouts. For the past two years, one of his greatest joys was studying the Bible alongside his wife through the ministry of Calvary Chapel San Juan Capistrano. His love for Jesus has left a legacy in a generation of children and grandchildren who love the Lord.
He is survived by his wife of 50 years, Pamela and his three children James (Stephanie), Sarah (Seth), Jason (Teresa), his daughter-in-law Twilight, and his grandchildren Jacob, Grant, Madelyn, Maeli, June, Lilac (Josiah), Naomi, Juliet, and Little T. He is preceded in death by a son, Antonio Gonzalez, his parents Panfilo & Trinidad Gonzalez, and brother Jose Gonzalez. A viewing will be held at Gillies Funeral Home in Lynden October 25, 2021 from 4pm-7pm. A family graveside service will be held at Enterprise Cemetery in Ferndale at 11am. A public Celebration of Life service will be held October 26, 2021 at 1pm at Calvary Creekside 2313 E Badger Rd, Everson, WA. Please share your thoughts and memories of Carlos online at www.gilliesfuneralhome.com.

Published by Bellingham Herald on Oct. 24, 2021.
To plant trees in memory, please visit the Sympathy Store.
MEMORIAL EVENTS
Oct
26
Service
1:00p.m.
Calvary Creekside
2313 E. Badger Road, Lynden, WA
Funeral services provided by:
GILLIES FUNERAL HOME & CREMATION SERVICES
MAKE A DONATION
MEMORIES & CONDOLENCES
2 Entries
To the Family of Carlos Gonzales, Our deepest sympathies on the loss of your beloved Carlos. Carlos touched so many lives in our area and he will be missed so very much. He was a very hard worker, a dependable person, someone we could always count on. He was such a positive person and fun to chat with. He will not be forgotten. We extend our heartfelt condolences to the entire Gonzales family.
Fred and Chris Symonds (Bellingham)
Work
October 24, 2021
Our deepest condolences to you and your family. Our hearts are broken. We love you all.
Roger & Josie Candanoza
Family
October 19, 2021
Showing 1 - 2 of 2 results