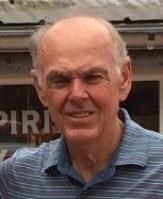 BORN
1946
DIED
2020
FUNERAL HOME
Cremation Society of Alaska
1306 E 74th Avenue
Anchorage, AK
Jerry Simmons
October 11, 1946 - September 12, 2020
Anchorage, Alaska - Jerry Simmons, after many years with Alzheimer's, forgot to wake up on the morning of September 12th.
Jerry was born in Juneau, AK, to Richard and Jean Simmons in 1946 and grew up in Bellingham. Upon graduation from Bellingham High School, he attended WWU where he studied pinochle and cribbage until wisely volunteering for the Army's food inspection division in 1966. In the Army, he was stationed in San Antonio, TX where his primary duty was sourcing and purchasing shrimp. This led to a B.S. in Food Science at the University of Washington. During the summers, he worked as a cook on purse seiners in Washington and southeast Alaska. After college and a brief stint at a potato plant in Connell, WA, he began a career in the northwest seafood industry. While living in Seattle, he met the love of his life, an RN named Alice. They married in 1978 and set off on an adventure to Sandpoint, AK then to Kodiak, AK, before settling in Bellingham in 1982 and building their home on Lake Whatcom. Jerry spent much of his career at Bellingham Cold Storage with some shorter periods at other cold storages in the northwest. The social aspects of work were always important as were afternoon rounds of golf with 'customers.' He was Past President of Bellingham Bay Rotary Club and was active in the International Association of Refrigerated Warehouses. Jerry was also a proud member of the Bellingham High Alumni Band, having played the trombone in high school. When not on the golf course or in the wood shop, Jerry's heart was with Alice, west of Lummi Island, pulling up crab pots full of keepers. Jerry had a knack for acquiring delicious seafood and rarely gave others the opportunity to (over)cook salmon, happily taking up cooking duties himself to assure the satisfaction of family and friends.
Throughout his illness Jerry maintained his sense of humor and his gentle, friendly demeanor. He is survived by wife Alice; children Greg (Evelina), Mary (Justin), and Colleen (Chris); grandsons James and George; siblings Richard, Frances, and Joan; and numerous nieces and nephews.
The Simmons family encourages memorials to Dementia Support Northwest (dementiasupportnw.org), Nooksack Salmon Enhancement Association (www.n-sea.org), or an organization Jerry would have supported.
A party to celebrate Jerry's life will be held next summer (2021).

Published by Bellingham Herald from Oct. 4 to Oct. 11, 2020.
To plant trees in memory, please visit the Sympathy Store.
MEMORIAL EVENTS
To offer your sympathy during this difficult time, you can now have memorial trees planted in a National Forest in memory of your loved one.
Funeral services provided by:
Cremation Society of Alaska
MAKE A DONATION
MEMORIES & CONDOLENCES
4 Entries
I remember working with Jerry at the Habitat for Humanity store when it first opened. He was a kind and gentle man and a pleasure to work with.
Jodee
Coworker
October 14, 2020
My condolences to the family . May you find comfort in your treasured memories
and Gods promise to return our loved ones . 1st Thessalonians 4 : 13 & 14 .
October 11, 2020
I remember Jerry as a member of the trombone section in the Alumni Band. He played a mean slide but he kept us in line.
Marty Mitchell
Acquaintance
October 10, 2020
What a delightful summary of Jerry's life. We were in Rotary together and I so remember him as a genuine, sweet, funny man. Thank you for helping me remember one of the good guys.
Philip X Hageman
Acquaintance
October 8, 2020
Showing 1 - 4 of 4 results