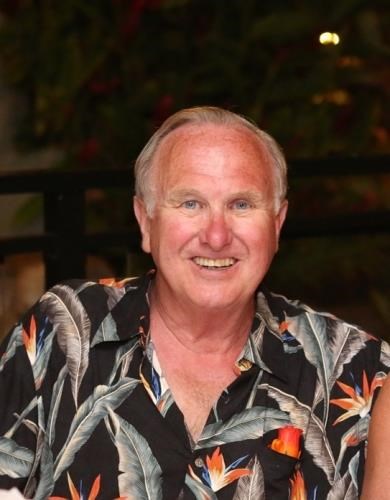 BORN
1937
DIED
2019
ABOUT
Bellingham High School
“I know the food is good where I am going!” Richard “Dick” Hans Hempler age 81 passed away peacefully with his wife Nancy and other family by his side on April 4, 2019. Dick was born on August 19, 1937 to German Immigrants Hans and Emmy Hempler. Born and raised in Bellingham, WA Dick graduated Bellingham High School in 1955 and attended Pacific Lutheran University in Tacoma, WA with initial plans to join the Seminary. After leaving PLU and residing and working in Seattle for a brief time Dick returned to Bellingham in 1962 where he settled to start a family and go to work full time for his dad at what was then BB Meats & Sausage. In 1972 Dick bought out his dad’s business partner and began the slow and steady process of growing the business. Many people will still fondly remember the retail deli that was located at the bottom of F Street until it was closed to focus solely on wholesale in the mid 80’s. After rebranding to Hempler’s Food Group LLC and with business steadily increasing through the 90’s it was becoming painfully clear that the original building built in 1896 could no longer support the trajectory of the company. In 2005 Hempler’s Foods along with Premium Brands, an investor group, relocated the business to Ferndale, WA. Dick once said when asked about his legacy and the company’s success: “Be honest. Take care of your customers, take care of your employees. Know your product and know what it costs. Never give up. Don’t quit.” Dick did not just speak these words this is the way he lived his life. In 1981 Dick attended a community dance where he met Nancy, “love at first site” he would say. Dick and Nancy were married the following year and enjoyed a beautiful 37 years of marriage together. Raised Lutheran Christian it was a bit later in life that he dove head first into his faith and truly started to walk in the path of Jesus. Both he and Nancy have been very active members of Sunrise Baptist Church now for many years. Dick was very proud to be an Eagle Scout, he would give credit to his mother for that. He was also a member of the National Guard for several years. He was also the recipient of many awards in the business community and served on several organizational boards. He had a passion and hunger for not only sharing his knowledge with others but also for learning everything he could about things he didn’t know. In 2004 Dick was nominated as Whatcom County Business person of the Year, in 2011 he was honored with the Whatcom County Life Time Achievement Award and in 2017 Hempler’s Food Groups was voted Best Large Business by the Whatcom Chamber of Commerce. Everyone who knew Dick well would know that he would not want us to go on and on and we could! Let’s just say that Dick was a man with a very generous heart who always offered a big strong hand up to anyone who needed it. He was a beacon of integrity, he dearly loved the Lord, his family, his friends, and community. He is survived by his wife Nancy, his children Kestin (Marc), Steven, and Susan, their mother Sarah Sessions, Stepchildren Scott and Ann (Larry), six BELOVED grandchildren, and three nieces. He was preceded in death by his parents Emmy and Hans Hempler and his sister Katherine Parker. Memorial Services will be held Saturday April 13, 2019 at 2:00 PM Ferndale Events Center 5715 Barrett Rd. Ferndale, WA 98248. Private burial. In lieu of flowers memorial donations may be sent to The Lighthouse Mission P.O. Box 548 Bellingham, WA 98227.
Published by Bellingham Herald from Apr. 10 to Apr. 12, 2019.
To plant trees in memory, please visit the Sympathy Store.
MEMORIAL EVENTS
Apr
13
Memorial service
2:00p.m.
Ferndale Events Center
5715 Barrett Rd., Ferndale, WA
MAKE A DONATION
MEMORIES & CONDOLENCES
13 Entries
Dick was great guy. I'm sorry for your loss. Dick hired me twice actually. In 70s I worked for him at the F street shop while I was in high school. Then he hired me again at the Ferndale location later on. He was a fair man and good boss, RIP Dick
Jeff Gudbranson
April 19, 2019
Dick's spirit, humor and determination lives with me from the days in Troup 4.


Chuck Lappenbusch, Jr.
April 17, 2019
My deepest condolences to the Hempler family. Especially to both Kesten and Steve. Your father was a good man all around and will be missed. Definitely a 'hole' has been created. I have fond and interesting memories of the old F Street plant, the great ol' crew that worked there, you guys as kids then, and of course your father usually running about the place stressing and fussing over everything. But he was a great guy to work for and really cared for those under his watch. He gave me a chance once and I've never forgotten. Thank you.
Steve Wolf
April 17, 2019
Kestin, sorry to hear about your dads passing. He was a wonderful and kind man.
Lois Hill
April 13, 2019
So sorry to learn of this. I bought from him many times. He would come to our work place in Sumas and I remember
the store in town I think on F street.
April 13, 2019
My condolences to the family. He will be missed he was a very kind man. God bless.
Maria Bravo
April 12, 2019
I would like to express my condolences to the Hempler family. Dick Hempler was a kind and generous man. I am forever grateful for having had the opportunity to work with him.
David Lindgren
April 11, 2019
I will miss him, a very nice man.I enjoyed many of family dinners with both Dick & Nancy,along the rest of their Family.Always fun times.
Pat Freitas
April 11, 2019
Susan and girls, My thoughts and prayers are with you at this time.
Nan
Susan Munger
April 11, 2019
My condolences to the family. Dick was one of the best men I have had the pleasure to have known and worked with. R.I.P. my friend.
Stan Rhea
April 10, 2019
This is a big loss to our community as the Hempler family has been a wonderful business. I came to know Hans after (his wife) Emmy had died. He was a great guy and I became good friends with him after he started going to a support group that helped folks who had lost their spouses. We became good friends and spent many evenings going out for dinner-we always had an ear for each other. I learned a lot about their lives and one evening Hans took our group to the business to show us how they massaged the hams! He was such a joy to know in our group and Dick was talked about a lot from the business. I was so inspired to see the business expand and will hope that the business stays as good as what it has been and keeps on making those wonderful large German Franks as those are the best ever==Thanks for all of the good memories that they have brought to our lives. You all have brought many of us good products for many years. Blessings to all of you==Sandy Grant==
Sandra (Sandy) Grant
April 10, 2019
May your hearts soon be filled with wonderful memories of joyful times together as you celebrate a life well lived.
Kris Newberry (Larson)
April 10, 2019
So sorry to hear of Dick's passing. Always remember the good times.