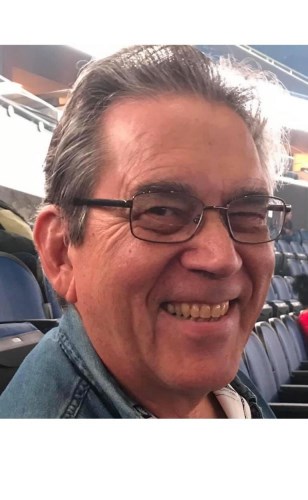 BORN
1947
DIED
2021
Steven P "Steve" Leitz April 19, 1947 - September 9, 2021 Davenport, FL - Davenport, Fl - Steven P. Leitz, age 74, passed away on Thursday, September 9, 2021, at home with his wife, Rita. Steve was born April 19, 1947, in Beloit, WI, the son of David and Dorothy Leitz. He graduated from Beloit High School, then served in the U.S. Navy for four years. While on leave he pretended to be the brother of a pretty lady being harassed at Hanson's Bar. After a couple of dates, Steve returned to Charleston, SC, to finish out his service. Upon honorable discharge he came home was hired at the Chrysler Assembly Plant in Belvidere, IL, and he continued dating the pretty lady. On July 18, 1970, he married Judith A. (Moore) Schoonover. In the spring of 2000 Steve retired from Chrysler and they moved to Deltona, FL. Steve enjoyed swimming in their pool, hosting family and friends, and was active in the COP (Citizens On Patrol) Program of Volusia County, FL, even serving as program President. In 2011 they moved to Janesville, WI, to be closer to family and friends. He said goodbye to his wife, Judy, one day shy of their 44th wedding anniversary. After her passing he settled in Davenport, FL for the winters and returned to Janesville for the summers. It is in Davenport that he met his current wife, Rita. They enjoyed traveling, line dancing, going to concerts, going to and staying at Disney, and being with their many friends in their Florida retirement communities. In December 2020, Steve was diagnosed with ALS. On March 25, 2021, he married his fiancé Rita M. Quick, in a backyard ceremony at their home.

A celebration of life will be held Sunday, November 6, 2021, from 11:00am-1:00pm at Steve's daughter's house in Milton, WI. Please contact Cathy by email at [email protected] for details.

In lieu of flowers or other expressions of sympathy a donation can be made to your local ALS chapter or The Gathering Place in Milton, WI.