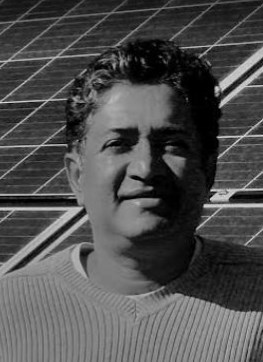 BORN
1965
DIED
2020
Bhimashankar Venkata Nitta was a brilliant, unique man who was an active and beloved member of the community, passionately devoted to bringing clean energy to Vermont and beyond. He died on August 6, 2020 at 9 am at the Albany Medical Center after being in a coma for two days following a cardiac arrest. He was 54 years old.

Bhima, son of the late Dr. Krishna and Sita Kunapuli was born on October 12,1965, in Visakhapatnam, Andhra Pradesh, India. Bhima was top of his university undergraduate programming, winning five gold medals for excellence before emigrating to the US to earn a PhD in chemical engineering from RPI, where he was in the top 1% of his class. He later obtained a Certificate in Systems Engineering from MIT. He was employed by GE early in his career, in addition to several years with BOC Gases, where he won a prestigious innovation award. At United Technologies, he won patents for his designs in fuel cell and clean energy technologies.

When Bhima first settled in the green mountains, he was employed by Efficiency Vermont as a Project Manager and Energy Consultant, where he served for seven years before launching his business Power Guru LLC, a highly respected and community orientated solar and Tesla power wall installation company based in North Bennington. Bhima worked tirelessly, patiently and passionately to help his customers and community to gain energy independence and to promote clean, sustainable power for everything from a tiny house mobile food cart to large scale community solar projects and beyond. His excellent and devoted team at Power Guru will continue on with Bhima's mission.

Deeply service minded, Bhima was a trustee on the board of the McCullough Library. He was also an enthusiastic sponsor of the Vermont Arts Exchange's Basement Music Series, where his radiant smile and dancing feet frequently lit up the room. He sat on the NorShaft Energy Commission, too. Bhima was married to Amanda Trotter for three years from 2013 - 2016.

He was a SCC certified racer for many years and loved cars of all kinds with a particular interest in electric cars. He was a passionate cricket player, and started the RPI cricket club. He was considered the highest skilled player in the area, and delighted in practicing the sport in Bennington. He also enjoyed hiking, biking, playing tennis, swimming and traveling as often as he could.

He was famously dedicated to his little beagles, Feathers and Moon, who followed him around on visits to installation sites. He deeply loved animals and nature, and supported the Second Chance Animal Shelter.

There will be a celebration of Bhima's life once it is safe to be together.

In lieu of flowers, please make contributions in Bhima's memory to the Second Chance Animal Shelter, 1779 VT 7A, Arlington, VT 05250 or the Vermont Arts Exchange, 48 Main Street, North Bennington, VT 05257.
To plant trees in memory, please visit our Sympathy Store.
Published by The Bennington Banner on Aug. 12, 2020.
MEMORIAL EVENTS
No memorial events are currently scheduled.
To offer your sympathy during this difficult time, you can now have memorial trees planted in a National Forest in memory of your loved one.
MAKE A DONATION
MEMORIES & CONDOLENCES
Sponsored by BenningtonBanner.com.
8 Entries
What a shock and so sad to hear about our Solar Guru that made Solar Power possible for us.
Doug G.
Friend
November 19, 2020
Bhima was a great person and always kind and caring. I worked at the power company in the renewable energy dept for many years and in the very early years of the solar boom - Bhima and I spent many hours on the phone together hashing out the solar world. He was truly a caring and kind person. May his loved ones find comfort in the many shared memories.
Darleen P.
Acquaintance
August 19, 2020
I will miss Bhima. We worked together at Efficiency Vermont and I really appreciated the thoughtful, caring and highly technical, yet reassuringly "c'mon, we can do this" customer-focused approach. Bhima had a wonderful sense of humor. Thank you for sharing photos of Bhima.
Karl Goetze
Coworker
August 18, 2020 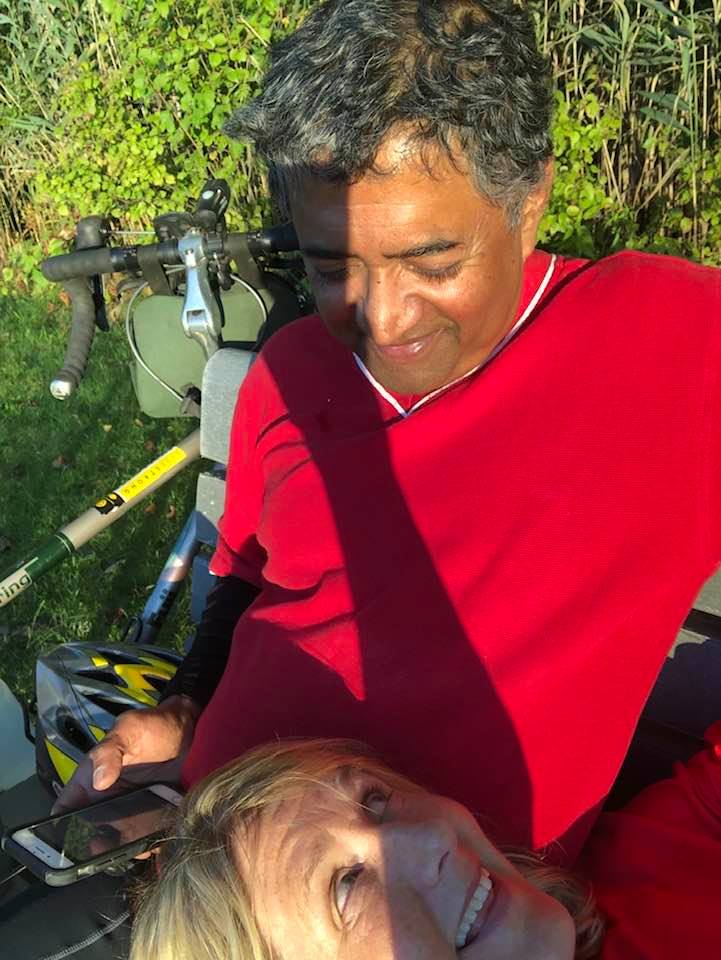 In addition to his work, Bhima also loved to travel and bike and climb and swim and play rummy. This picture was taken on a glorious Fall day in 2019 in Berkshire County, Massachusetts.
Alison Keenan
Significant_other
August 14, 2020 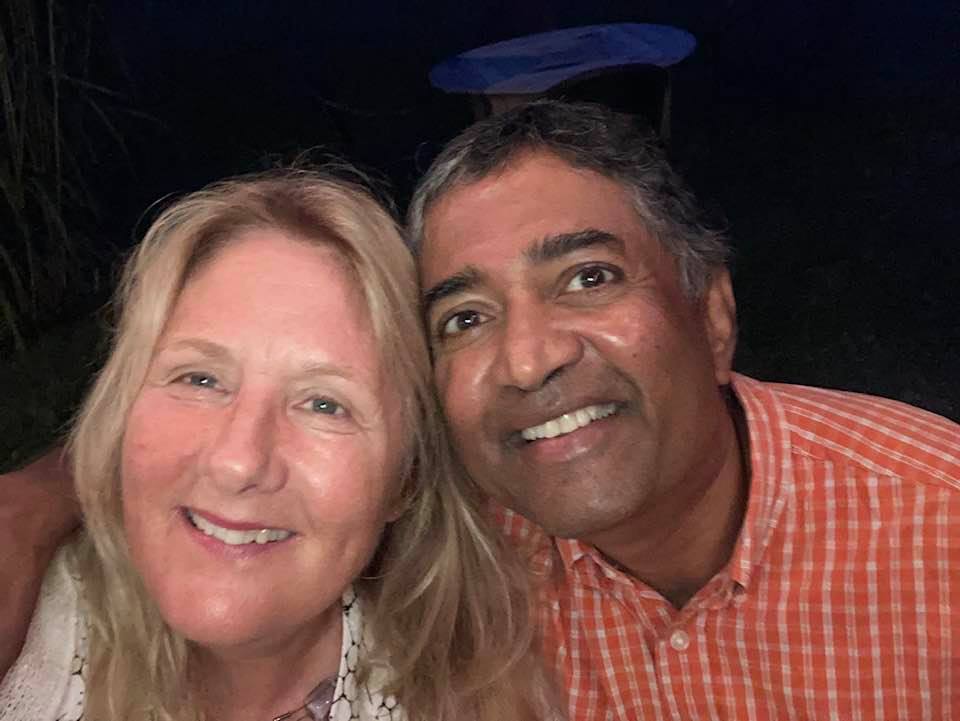 He was an extraordinary man and greatly loved.
Alison Larkin
Significant_other
August 14, 2020
Our community was so fortunate that Bhima chose to share his energy, efforts and kindness with us. He will be much missed.
Becky Manning
August 13, 2020
I am so sad to learn of Bhima's passing. I worked with Bhima on a handful of Power Guru solar projects as an attorney in private practice. He was a genuinely sweet, funny, intelligent guy who really believed in doing good. My deepest condolences to his friends, family, colleagues and loved ones. ~DC
David Carpenter
August 12, 2020
I am greatly saddened to hear of the loss of Bhima. From how infrequently I engaged with him, whether it was an energy audit conducted at his home, or conversing with him at Efficiency Vermont while he was an employee, or when our paths crossed once or twice while I reached out to Power Guru, I enjoyed his company and benefited from his expertise. In reading this page, I was unaware of the extent of his accomplishments, the variety of his interests, and the reach of his community service. His gentle demeanor and keen intellect will be greatly missed.
Jeff Manney
Coworker
August 12, 2020
Showing 1 - 8 of 8 results