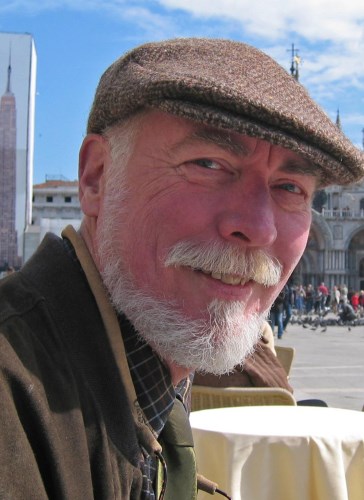 BORN
1943
DIED
2021
FUNERAL HOME
Flynn & Dagnoli-Montagna Home for Funerals-Central Chapel - North Adams
74 Marshall Street
North Adams, MA
Longtime North Adams resident, Albert Lucian Lewis Jr., passed away on February 23, 2021, at the age of 77, with his son John and John's wife Tammy at his side, assisted by the outstanding people from Hospice of the Berkshires.

After his return, he graduated from the University of California Berkeley in 1969 with a BA in design. While at Berkeley, Albert discovered his love of blowing glass. He purchased a property in Oakland where he built his own studio to create glass pieces that he sold at museum gift shops.

He started the magazine Glass Art to showcase the work of other glassblowers across the US. He soon realized that there was a broader community of people working in stained glass and changed the magazine's focus to include them. After a few years, he changed the name of the magazine to Glass. While doing this, he attended the University of California Los Angeles and obtained his MA at San Jose State University. After relocating to Oregon for a short time, he moved his business to New York City in 1977 where the magazine became Professional Stained Glass. He sold that publication in 1993. After moving to the Berkshires in 1997 with then wife Julie Sloan, he worked as the on-line editor of the Berkshire Eagle for several years before retiring.

Albert enjoyed traveling the world throughout his life. In addition to West Berlin, he visited other parts of Germany, Switzerland, Belgium, France, England, Scotland, Italy, Russia, Turkey, China, Japan, and Tanzania. He also traveled widely around the United States. Alaska was by far one of his favorite places, where he visited his son John and his family. He would travel through the state enjoying fishing everywhere he went. His favorite fish to catch was the king salmon because of the fight they gave him on the line. Places he enjoyed most in Alaska were Denali, Homer, Seward, Talkeetna, Palmer, and the Willow and Kenai Rivers. Albert still got starry-eyed about traveling later in life, but unfortunately old age intervened and it was difficult to go where he wanted.

Albert was preceded in death by his mother, Beryl Evenson; his father, Albert Lucian, Sr.; brothers Joseph William, Roger Clinton, and Scott Even, and his infant sister, Jean Anne. He is survived by his brothers, Robert David (China/UT) and Donald Edwin (CA).

No local services will be held. There will be a private family gathering at a later date where his ashes will be scattered over the waters that he enjoyed casting his fly rod in. The family appreciates all thoughts but humbly requests no flowers. If you wish to make a donation please donate to Hospice. To add to the Book of Memories, please visit www.flynndagnolifuneralhomes.com

Published by The Berkshire Eagle on Apr. 23, 2021.
To plant trees in memory, please visit the Sympathy Store.
MEMORIAL EVENTS
To offer your sympathy during this difficult time, you can now have memorial trees planted in a National Forest in memory of your loved one.
Funeral services provided by:
Flynn & Dagnoli-Montagna Home for Funerals-Central Chapel - North Adams
MAKE A DONATION
MEMORIES & CONDOLENCES
Sponsored by The Berkshire Eagle.
0 Entries
Be the first to post a memory or condolences.