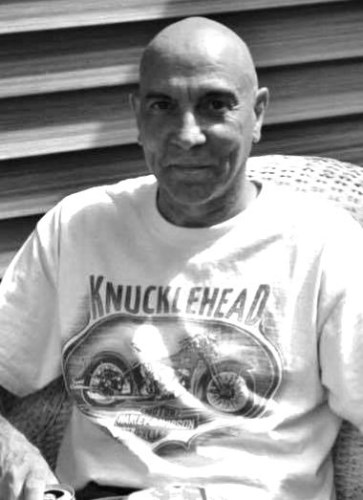 He was born in Fall River on August 17, 1958, son of Stanislaus and Lorraine (Correia) Emard. He attended schools in Fall River and Somerset and graduated from the Somerset High School with the class of 1977. Following graduation Tony joined the Massachusetts Army National Guard as a member of the 1st/211th Field Artillery.

Tony was employed by Securitas in Pittsfield and worked as a security guard for General Dynamics in Pittsfield from 2005 until the time of his death. Earlier he had worked for Home Depot from 2002 to 2005 and the Massachusetts Department of Corrections from 1981 until 2002.

At the time of his passing he was an active member of the First Congregational Church in Adams where he served on the Prudential Committee and also as a Deacon. He belonged to various bowling leagues at Valley Park Lanes. He enjoyed reading, collecting bibles, and most of all, he loved watching his grandchildren play hockey and softball.

Besides his parents he is survived by his three children; Shelby Emard, a student at Florida Southern College and her mother Paula Filiault of FL, Phillip Emard of Sarasota, FL and Janine Mercer of Fall River; one sister Jacqueline Davis of Dartmouth and one brother Christopher Emard of Somerset. He also leaves his stepchildren, Allen Ritcher of North Adams, Rebecca Ritcher of Florida, MA and Samantha Ritcher-Porio of the state of Florida along with 15 grandchildren his cat Cabo and his eight pet tarantulas.

He was predeceased by a stepson, Daniel Ritcher in 2017.

A memorial service will be held on Friday, October 25th at 5:00 P.M. in the First Congregational Church, Park St., Adams, officiated by Rev. Michael Mullany, Pastor. Family and friends are invited to attend. A gathering will be held in the church hall immediately following the service.

Burial will be at a later date.

There are no calling hours.

Memorial donations may be made to the Shelby Emard Education Fund through the PACIOREK FUNERAL HOME, 13 Hoosac St., Adams, which is in charge of arrangements.

To leave a message of condolence, please go online to www.paciorekfuneral.com.
Published by The Berkshire Eagle on Oct. 24, 2019.
To plant trees in memory, please visit the Sympathy Store.
MEMORIAL EVENTS
Oct
25
Memorial Gathering
First Congregational Church
Park St., Adams, MA
Oct
25
Memorial service
5:00p.m.
First Congregational Church
Park St., Adams, MA
Funeral services provided by:
Paciorek Funeral Home
MAKE A DONATION
MEMORIES & CONDOLENCES
Sponsored by The Berkshire Eagle.
6 Entries
I work for GD and Tony has been a wonderful person to work with! He touched so many from around the country during our company visits to the Pittsfield office. He is so good with his work but also so friendly, helpful and kind. His sweet smile and personality is greatly missed and my heart was broken when I heard the news. I'm praying that God will bring comfort for the whole family and praying that something good comes out of this terrible tragedy. My deepest condolences to the family and my prayers are with you!
Deb Sneath
October 31, 2019
Shelby, Paula, and family,
Sometimes life isn't fair and this is one of those times. Sunny and I are so sorry for your loss. We didn't know Tony, but with everything we heard about him, you have lost a great dad and friend. MJ and Sunny
October 30, 2019
Tony's greeting every morning will be missed for a long time. He was one of the nicest souls and truly left a positive mark on this world. God Bless all of his family with strength through these days and know he is in all of our hearts AAF.
DanO
October 26, 2019
Tony was one of the first fellows I met on my first day as a new hire a guard at GDMS he also trained me we became friends right off that's what kind of man Tony was easy to get along with and he would go out of his way to help you Tony was a man who say good morning and met it he will be missed buy many RIP Tony may God watch over you always I'll miss my friend.
Bill Wheat
October 26, 2019
I worked with Tony he was such a great person and will sadly be missed at admiral entrance he met everyone with a smile and hello and would help anyone I know you are among Gods Angels and will look down at all of us but mostly keeping an eye on your family from up in heaven rest in peaceTony
Dottie Volff
October 24, 2019
I worked with Tony for a little bit he was a great guy always seemed in a great mood and very easy to talk to it's a sad day.
Shawn Henault
October 24, 2019
Showing 1 - 6 of 6 results