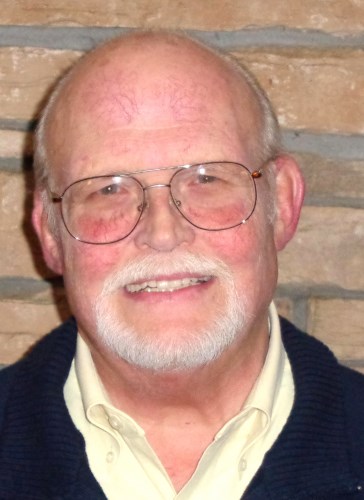 BORN
1949
DIED
2021
My name was Bruce Garlow. Long in Becket but recently of 45 Paul Dr. Lee, I died at 72 due to complications of kidney disease on Friday, April 23, 2021 at BMC. Not quite what I planned when I moved into our new home only 7 months ago, but there you have it.

I started this obit two years ago when my health became a little sketchy and I got to thinking perhaps I should be getting my things in order. Thankfully order was achieved and is now in the trustworthy hands of my son Eric, who shared my life and home for the past dozen years. My brother Tamarack said he would finish this notice when it came time, but beware, I'm no longer around so I didn't get a chance to edit this!

I was born January 23, 1949, in Brooklyn, NY and was the son of the late Lester C. Garlow and Alice V. Garlow. I grew up in Lansing, MI, was a graduate of Lansing Everett High School and Lansing Community College and worked at the U.S. Postal Service prior to moving to Berkshire County in 1976.

My greatest interest and my best gigs concerned local government and community. I retired after 20 years as town administrator in Richmond, where I also worked as conservation administrator. I also put some time in as administrator for the town of West Stockbridge and as interim administrator in Lanesborough, and had consulted for the law firm of Bernstein, Cushner & Kimmell, PC concerning municipal affairs. I also served as a district aide for former Rep. Christopher J. Hodgkins, managing his district office in Lee in the 1980s.

Due to a loud voice, pretty good diction and a desire for fairness and order, I served as the long time elected town moderator in my home town of Becket and had been secretary of the board of the Massachusetts Moderators Association. For my passion and for doing a tolerably good job in small town government, I was elected chair of the board of the Small Town Administrators of Massachusetts, and became a member of the Massachusetts Association of Conservation Commissions, which generously awarded me its conservation administrator of the year award in 2001.

In earlier years I was a board member of the Berkshire County Regional Housing Authority, co-chairman of the Berkshire Advisory Committee to the Massachusetts Commission Against Discrimination, a member of the MCAD state advisory board, and served on many local and regional governmental committees, commissions and task forces.

I had also been a longtime Democratic party activist, having served on the Monterey, Gt. Barrington and Becket Democratic town committees, respectively, while living in those towns. I worked on several political campaigns and was a delegate to most of the Democratic state conventions during the 1980s and 1990s.

In addition to my zeal for politics and my years of community activism, I had a love affair with words. I frequently wrote and performed poetry, often through Pittsfield's Word X Word Festival and at Deb Koffman's In Words - Out Words in Housatonic. I was also drawn to write poems for family and friends and for special occasions like retirements, birthdays and memorial services.

I was predeceased by my wife of 28 years, Leslie Rudolph-Garlow, who died in 2008, and my daughter Lisa L. Garlow who we lost at the age of 48 in September 2020. I'm survived by my beloved son Eric J. Garlow who shared my home in Becket and later Lee, and by my brother and best friend Tamarack Garlow and his partner, Annie Brody in Canaan, NY, a nephew, Jakob Garlow-Kent of California, a niece, Malika Kent Limon, and her whole wonderful family of Housatonic, and many cousins.

We don't need another funeral, there's already been enough of those lately, so we won't be having one. Instead there will be one heck of a memorial party later in the summer. Stay tuned for an invite. Also in lieu of flowers, donations may be made in my name to the Berkshire Humane Society, 214 Barker Rd., Pittsfield, MA 01201 or the New England Organ Bank, 60 First Ave., Waltham, MA 02451.

Goodbye everyone and be well, it was a little short, but it was a great run!
To plant trees in memory, please visit our Sympathy Store.
Published by The Berkshire Eagle on May 8, 2021.
MEMORIAL EVENTS
No memorial events are currently scheduled.
To offer your sympathy during this difficult time, you can now have memorial trees planted in a National Forest in memory of your loved one.
MAKE A DONATION
MEMORIES & CONDOLENCES
Sponsored by The Berkshire Eagle.
12 Entries
I'm saddened to hear of Bruce's passing. Bruce was a well-known and well-liked character here in the Berkshires. I knew him in many of his roles; including Town Administrator in Richmond, Democratic Party activist, Moderator in Becket, and all-around good guy.

It was Bruce who recruited me to serve on the Board of the Mass Moderators Association, which I did for 6 years, back in the day when we actually traveled to meetings.

I have many fond memories of my interactions with Bruce, both in person and by email. He left a very positive imprint on our community.
Michael Forbes Wilcox
Friend
May 17, 2021
RIP Bruce. Though we never met, I was intrigued by your self-written obituary. What a novel idea. You appear to have been an affable guy with a self-deprecating sense of humor and a knack for putting pen to paper. I agree that your run was cut a bit short but I wish you good luck in the next leg of your journey.
Rich Robertd
Acquaintance
May 16, 2021
Always enjoyed speaking w/Bruce about policy & politics, many times.
Dave Campbell
Acquaintance
May 14, 2021
I am saddened to learn of the passing of this sweet, bright, funny and caring man! I knew Bruce in Becket for many years, laughed at his wonderful sense of humour, had long discussions about many things, loved working with him on the Becket 250th Anniversary and exchanged many interesting e-mails since 2015. He was happy to move into a more accommodating home in Lee - so tragic he did not have more time on this planet. Rest in Peace, dear friend. What a privilege it was to know you.
Ann
Ann Spadafora
Friend
May 11, 2021
Ode to Bruce

Oh, dear friend of many years,
Your loss has brought me to tears.
In keeping with your positive spirit,
(I hope I can get near it).
Becket and Richmond and Pittsfield and Lee,
The Berkshires you embraced and they thee.
The Dems, Town Meeting, Conservation,
Always up for great conversation.
Hanging on North Street,
Embraced by all you meet.
Your devotions: Barrington Stage, Chester Theatre, and WAM,
And Eric and Tam.
Dream Away, dream away.

Wendy
Wendy Foxmyn
May 10, 2021
Thanks for being with us, Bruce. You ever reminded us through your easy-listening poetry just how fragile was our democracy and what we needed to do to strengthen it. Rest in peace, my friend.
Stan Spencer
Friend
May 10, 2021
Rest in peace Bruce.
Nancy Callan (former Richmond town secretary))
Friend
May 9, 2021
Bruce was a great mentor as a fellow moderator.
Doug Chapman
Doug Chapman
Friend
May 9, 2021
Bruce, you brightened my life with your sense of humor, dedication, attention to detail and fairness. It was my pleasure sharing your friendship and late night emails as we worked together to commemorate Becket’s 250th Anniversary. Rest in eternal peace my friend.
Sandi Jarvis
Friend
May 9, 2021
To the family. Knew Bruce well. Enjoyed our conversations, both political and philosophical. He was a pleasant man. He will be missed. So sorry for your loss.
Pat Carlino
Friend
May 9, 2021
Bruce was good at has job in richmond Rest in Peace Bruce
thomas g Grizey
Coworker
May 8, 2021
Rest in peace Bruce. I am a better person to have known both you and Leslie. You made the Berkshires a better place to live!
Bill Ballen
Friend
May 8, 2021
Showing 1 - 12 of 12 results