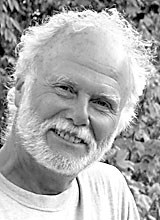 FUNERAL HOME
Dwyer Funeral Home
776 North Street
Pittsfield, MA
The Rev. Dr. John F. Messerschmitt, 77, of Pittsfield, died on Tuesday, December 5, 2017 at Albany Medical Center after a stroke. He was born in New York City March 8, 1940, the son of Harold and Agnes (Inman) Messerschmitt. John graduated from CCNY in 1960 with a BS in Biology and from Union Theological Seminary in NYC in 1966 with a Bachelor of Divinity.

After graduation John worked as the campus minister at Brockport State College in NY, and then as the campus minister at Brooklyn College, while he continued studies at the Institutes of Religion and Health in NYC. In 1975 John moved to Pittsfield to start and co-direct the Counseling Center in the Berkshires. His desire to help people led him to Andover Newton Seminary where he earned a Doctorate of Divinity, enabling him to become a licensed psychologist in Massachusetts.

John was particularly dedicated to the issues of peace and justice and constantly strove to help improve the lives of others. He was actively involved with many organizations, including Bridges for Peace, Berkshire Citizens for Peace and Justice, the Berkshire Environmental Action Team, Mass Audubon Society, and most recently, Literacy Volunteers. John received the Distinguished Service Award from the American Association of Pastoral Counselors, Northeast Region; additionally, he was a member and supervisor in the American Association of Marriage and Family Counselors. He was an active member of First Church, Congregational, where he served on its Mission Committee and Church Council, and taught adult classes. He loved hiking (including with his friends the Monday Mountain Boys), camping, traveling, reading, poetry, painting, seeing the heavens with his telescope, and photography.

John is survived by his wife, the former Carol Lynne MacDonald, whom he married September 2, 1961; his daughters, Kristin Kinsky (Greg) and Karen Lavery (Christopher); his grandchildren, Ryan and Chase Kinsky, and Trea and Aislinn Lavery; and his brother, Peter Messerschmitt (Diane). He was predeceased by his parents, his brother, Paul, and his sister, Betty.

Funeral Notice: Funeral services for Rev. Dr. John F. Messerschmitt will be Saturday, December 16, 2017, at 11 a.m. at First Church, Congregational, 27 East St., Pittsfield, celebrated by the Rev. Dr. James Lumsden. Calling hours at the Dwyer Funeral Home will be on Friday, December 15, 2017 from 4 p.m. until 7 p.m. In lieu of flowers, donations may be made to First Church Congregational in Pittsfield, Hancock Shaker Village, Mass Audubon, or a charity of your choice, care of the Dwyer Funeral Home, in his memory.

[ML($dWYER2.JPG)]
Published by The Berkshire Eagle on Dec. 12, 2017.
To plant trees in memory, please visit the Sympathy Store.
MEMORIAL EVENTS
Dec
15
Calling hours
4:00p.m. - 7:00p.m.
Dwyer Funeral Home
776 North Street, Pittsfield, MA
Dec
16
Funeral service
11:00a.m.
First Church, Congregational
27 East St., Pittsfield, MA
Funeral services provided by:
Dwyer Funeral Home
MAKE A DONATION
Please consider a donation as requested by the family.
MEMORIES & CONDOLENCES
Sponsored by The Berkshire Eagle.
18 Entries
Having moved out of the Berkshires in 2002, I I just learned of John's passing. He was one of the kindest, most gentle souls I have ever met. He helped me through some of the most difficult times in my life, with a genuine caring and concern. He was a trustworthy friend. I am sure he is at peace with our Lord. My thoughts and prayers are with his family.
Jim Graham
March 23, 2019
What a beautiful soul John was. He helped me and our family as we grew and struggled and I have benefited ever since. Such a kind man, I send my sympathy.
Sincerely, Gail and Dan Guss
January 6, 2018
john was instrumental in our family's history for carol and me and he was a true and generous friend to us...we are truly shocked to hear of his passing and send our condolensces to Carol, Kristen and Karen...we always admired his committment to his patients and towards spreading intelligent counseling to many of his colleaues.. we remembered meeting him when he arrived in a cleaning up the Housatonic in our backyard that led to Carols work at the Counseling CEnter in its early years..we miss his companhy and his humor...fred and carol levison in washignton dc.
December 21, 2017
Dear Carol and family - I was so sorry to hear of John's passing. Please know you are in my thoughts and prayers.
Pat Doherty
Coworker
December 16, 2017
Dear Kristin and Family,
I'm so sorry for your loss and pray that your Dad's soul is surrounded in light and peace while his heart lives on in your love.
Witth Deepest Sympathy,
Stephanie Wilcox
Stephanie Wilcox
December 15, 2017 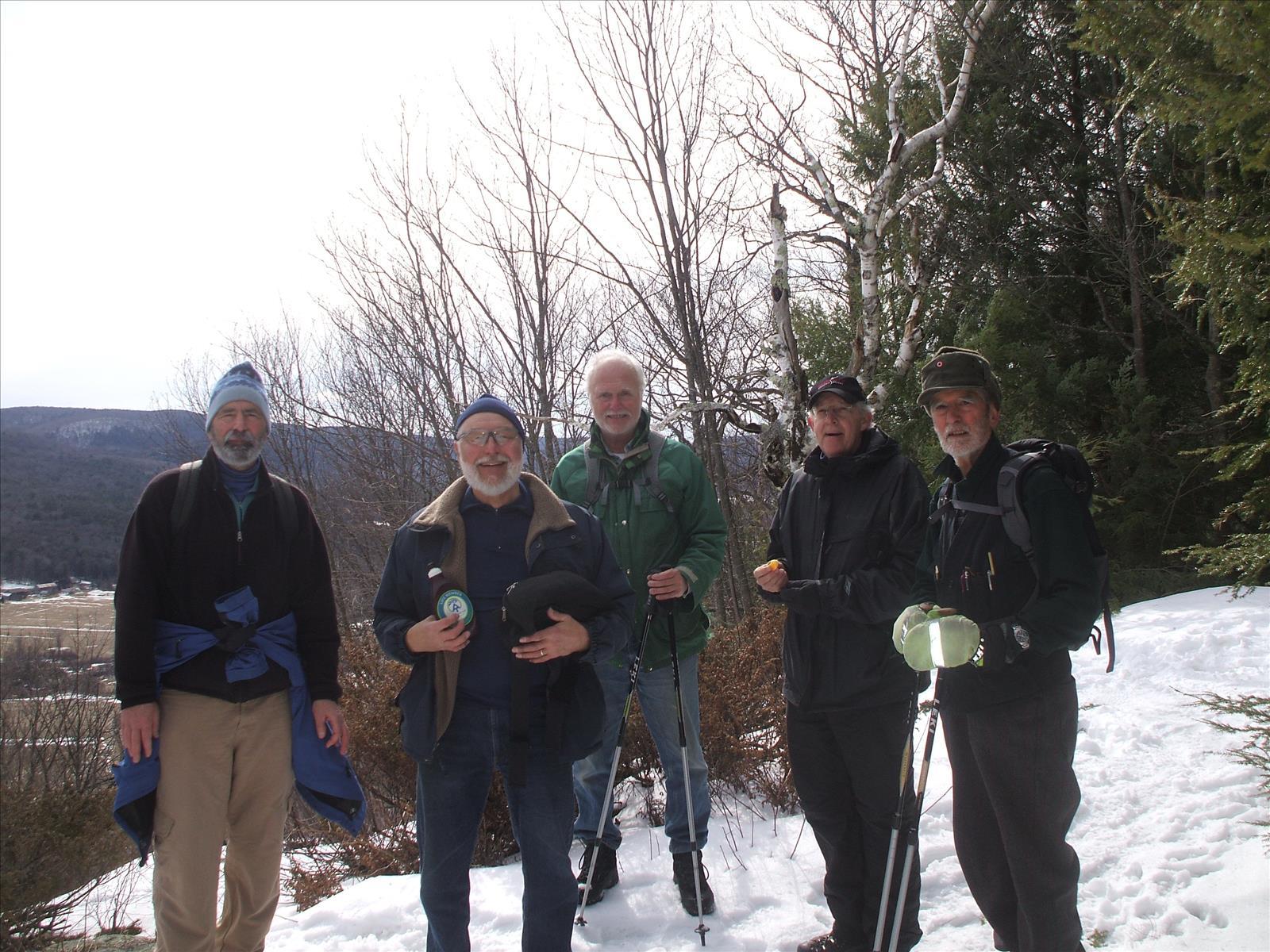 It was always a joy when John joined us on one of the Monday Mountain Boy hikes. He will be sadly missed.
Dan Parnell
December 15, 2017
John will be sorely missed. I always knew he was a man of integrity, someone to truly admire. I will miss his wisdom, his sense of humor and his belief in helping others. He enriched so many lives (including mine) in so many ways. My prayers are with Carol and family.
Ethel Shakeshaft
December 14, 2017
Dear Carol and Family,

So saddened by John's passing. He surely is with God. He helped me tremendously over the years; it was a joy to speak with him briefly in your driveway this past August when I was visiting friends across the street. John will be greatly missed by many.

Sincerely, Paula Harrison
December 14, 2017
Carol and family, I am so so sorry to hear about John's passing. He was a wonderful colleague during my time in the Berkshires - a very special and caring man. I am sorry I am not able to be with you to celebrate his life and service. You are in my thoughts and prayers and will continue to be in the difficult days ahead.
Fran Ruthven
Friend
December 14, 2017
Dear Carol and Family -

John was a truly caring, thoughtful person. He helped me through some very dark times and I am deeply appreciative. What he taught me made my life so much easier to deal with and I was able to pass it on. I always thought life could be beautiful, and now it is.

Thank you, John. I will be eternally grateful.

Connie Yannone
December 13, 2017
Dear Carol and family, I was so sorry to hear this. John was such a good guy! Sending you all hugs. Tara (from CCB)
December 13, 2017
Saying prayers for peace for you all. Sending big, long, tight hugs to wrap you in love and support. Feeling blessed to have been privy to such a special soul.
Suzy Reder-Delano
December 13, 2017
Kristin and Karen
My condolences to you and your families for your loss. He was a nice man. Prayers to you my friends.
Al Colla
December 12, 2017 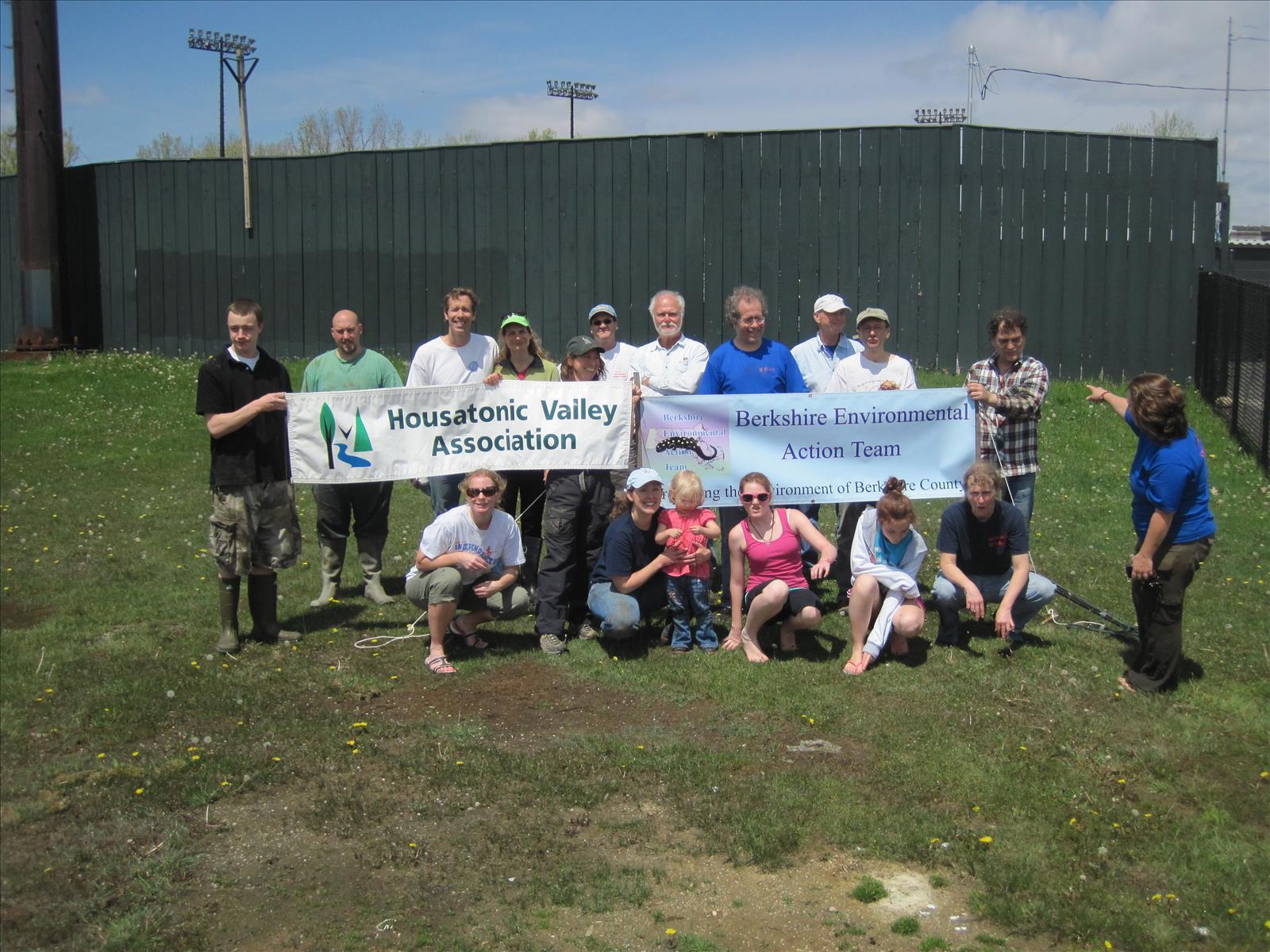 On behalf of the Housatonic Valley Association, we extend our deepest sympathy to you and your family and to John's many friends.

He was a true friend of the river. I knew John best for all of his hard work pulling trash out of the Housatonic River. Most recently, this past spring,he and Dick Noble helped complete a visual assessment of part of the Southwest Branch.

We valued his support and his willingness to help out whenever and wherever he could. We will miss him....I will miss him very much and so will the river.
Alison Dixon
December 12, 2017
Dear Carol,
Jerry and I were deeply saddened to hear of John's passing. My parents always thought the world of the two of you. And, the beautiful and heartfelt eulogy that John gave at my Dad's funeral so many years ago meant so very much to us. Please know that you and your family are in our thoughts and prayers.
Sincerely, Sally Hickey Cote
Sally Hickey-Cote
December 12, 2017
John was so valuable to us in our darkest hour of need. He was a God-send.
Rick Anderson
December 12, 2017
John was the first therapist I ever went to I was in my early 20's

He was a compassionate person and really cared for people he had a gift with people and he helped me a lot
I took my son to him last year and he wanted to help him John sent me a little book on angles last Christmas which I will treasure
I believe he is with the angles
Thank you John you will be missed
My condolences to your family
Katherine Marcil
December 12, 2017
Dear Carol,
Please accept my sincere condolences on the loss of John. I remember him so clearly attending all the local choral concerts I sang with you. John was such a supporter of your singing I can't even imagine him not at your side. He was always eager to engage in conversation after a concert and I always enjoyed our brief chats. Prayers are going out to you and your family.
Sincerely,
Madonna Meagher
Madonna Meagher
December 12, 2017
Showing 1 - 18 of 18 results