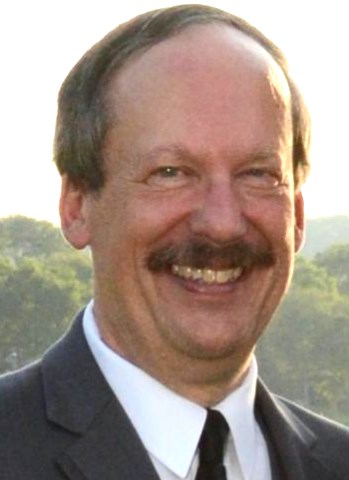 Rick will always be remembered as a loving, kindhearted, funny, generous husband, father, brother, friend and grandfather by all that knew him.

He attended Immaculate Heart of Mary Junior Seminary in Lenox, MA for two years before transferring to and graduating from St. Joseph's High School in Pittsfield, MA where he met and later married his high school sweetheart. He was enrolled in UMASS Amherst before being recruited into the U.S. Marine Corps through a two-year college enlistment program. He served the USMC from February 1972 to February 1974, during which he graduated #1 in his class out of boot camp. He achieved rank as a Corporal of Marines.

Rick earned his Bachelor of Science in Business Administration from UMASS Amherst in 1977 before entering the Financial Management Program at GE Capital Corporation. Over a career that spanned 35 years he closed deals across North America, Europe, and South & Central America. He earned numerous accolades and awards throughout.

Nine years ago, Rick traded in his GE Badge and VP of Finance title to enjoy all that retirement had to offer. He was able to spend time catching his favorite New England games as well as spending as much time as possible with his family at the beach and fulfilling his proudest role of Grandpa. Rick was an avid Ancestry researcher and enjoyed finding the physical connections to those locations through travel afterwards. He was also a published author of "Stampin' on Christmas" in the Yule Log: The Official Journal of the Christmas Philatelic Club, Volumes 1 and 2 (which he completed while undergoing treatment).

In lieu of flowers, donations can be made to the Huntsman Cancer Foundation in Salt Lake City, UT and the Church of the Blessed Sacrament Food Pantry in Bridgeport, CT.
Published by The Berkshire Eagle on Oct. 28, 2021.
To plant trees in memory, please visit the Sympathy Store.
MEMORIAL EVENTS
Oct
25
Calling hours
4:00p.m. - 8:00p.m.
Spadaccino and Leo P. Gallagher & Son Community Funeral Home
315 Monroe Turnpike, Monroe, CT
Oct
26
Mass of Christian Burial
10:00a.m.
St. Jude Roman Catholic Church
707 Monroe Turnpike, Monroe, CT
Oct
26
Burial
12:00p.m.
State Veterans Cemetery
317 Bow Lane, Middletown, CT
Funeral services provided by:
Spadaccino and Leo P. Gallagher & Son Community Funeral Home
MAKE A DONATION
MEMORIES & CONDOLENCES
Sponsored by The Berkshire Eagle.
7 Entries
Offering our deepest condolences during this difficult time.
The Staff of Spadaccino Funeral Home
October 28, 2021
Our love to you, Bev, and the entire Buckley family. May Rick rest in the arms of Jesus and may his memory live on in the lives of his precious grandchildren.
Barb and Charlie Amicone
October 26, 2021
I have a really nice memory of Rick. He got his license quite a bit before I did. I can recall his dad's car, a brown Buick pulling into my driveway. The boys from St. Joe were about to cruise North Street taking in all the wonders and marvels of the Shire City. He was a careful driver, always respectful of his dad's car. And a good man. Rest well old friend. We're not far behind.
Paul Trembley
October 23, 2021
Dear Bev and the entire Buckley family, I wish you nothing but happy memories of your sweet husband, father, grandfather and brother. <3 This time is sooo tough and my heart goes out to you all... May you find comfort knowing that God will take good care of Rick until you are together again. Much love, hugs, and tears, Barb and Charles Chapman
Barbara Chapman
Family
October 23, 2021
I am deeply sorry for the loss of Rick, a very special man who was devoted to wife, his three boys, their wives and a clan of grandchildren. Rick you will be dearly missed by all of us. I am honored to have known you. No more suffering.
Collin Pat
Friend
October 22, 2021
So sorry to hear about Rick. We were childhood friends in the South Street area. I remember us watching the first live broadcast of the Beatles on the Ed Sullivan show 1964 on the old black and white at his house on Taylor St. Also, whenever I was over there, Rick would always walk me part way home because he knew I was afraid to walk past the Meehan Funeral home at night. Rest in peace, Rick.
John Brower
Friend
October 22, 2021
Remembering the carefree times we had as kids in Pittsfield. Rest In Peace my friend.
Debbi Coughlin Merrill
Friend
October 21, 2021
Showing 1 - 7 of 7 results