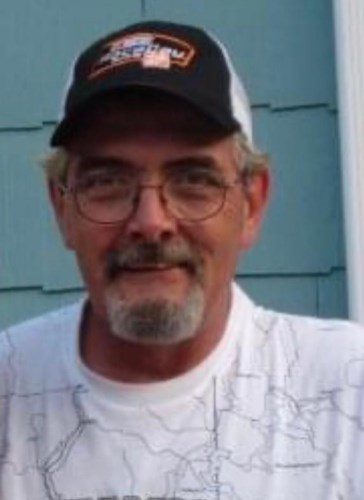 BORN
1952
DIED
2021
FUNERAL HOME
Paciorek Funeral Home
13 Hoosac St
Adams, MA
Mr. Wayne M. Levesque, 69, of Franklin, New Hampshire, formerly of Adams, died on Tuesday, June 1, 2021 at his home. He was born in Adams on April 25, 1952, a son of the late Maurice and Joan (Crawford) Levesque. He attended schools in Adams. At the time of is death, Mr. Levesque was working as a driver for Benson Auto in New Hampshire. Earlier he had worked for Watts Water Technologies in Franklin until retiring and also for the former General Electric Co., Pittsfield. He had lived in Hawaii for a period of time and while there he managed the Atkinson Towers. He was an active member of the Franklin Lodge of Elks and a former member of the Adams Lodge of Elks. He had also been a volunteer firefighter and EMT for the Cheshire Fire Department and Adams Ambulance Service. He is survived by his niece and goddaughter Jessica Levesque of Windsor; a brother Michael Levesque of Adams; his sister-in-law Cynthia Krzeminski and by many nieces, nephews, grand nieces and grandnephews, including Braidee, Cairagan and Collins. He was predeceased by his brother Keith "Tazzy" Levesque and by his sister Melodee Levesque Lesnick. A memorial service will be held on Monday, June 14th at 7:00 P.M. in the PACIOREK FUNERAL HOME, 13 Hoosac St., Adams. Burial will be at a later date at the convenience of the family. Calling hours are Monday from 5:00 P.M. to 7:00 P.M. funeral home. A memorial service will also be held on Sunday, June 27th at 1:00 P.M. at the Franklin New Hampshire Elks Lodge, 125 South Main St., Franklin, NH 03235. To leave a message of condolence, or for directions, please go online to www.paciorekfuneral.com.
Published by The Berkshire Eagle on Jun. 10, 2021.
To plant trees in memory, please visit the Sympathy Store.
MEMORIAL EVENTS
Jun
14
Calling hours
5:00p.m. - 7:00p.m.
Paciorek Funeral Home
13 Hoosac St, Adams, MA
Jun
14
Memorial service
7:00p.m.
Paciorek Funeral Home
13 Hoosac St, Adams, MA
Jun
27
Memorial service
1:00p.m.
Franklin New Hampshire Elks Lodge
125 South Main St, Franklin, NH
Funeral services provided by:
Paciorek Funeral Home
MAKE A DONATION
MEMORIES & CONDOLENCES
Sponsored by The Berkshire Eagle.
1 Entry
I used to work with Wayne at Webster Valve and he was a good man to work with. He will be greatly missed.
Angela Hailson
Coworker
June 11, 2021
Showing 1 - 1 of 1 results