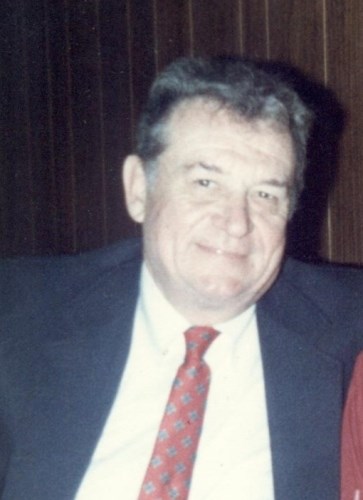 BORN
1931
DIED
2021
FUNERAL HOME
Flynn & Dagnoli-Montagna Home for Funerals-West Chapel - North Adams
521 West Main St
North Adams, MA
William Albert King, 89 longtime resident of Williamstown died Tuesday, April 13, 2021 at Berkshire Medical Center. He was born in Williamstown on April 30, 1931 a son of the late Henry and Elizabeth (Lafeve) King. William graduated from Williamstown High School in 1951 and was a decorated veteran of the Korean Conflict serving with the United States Navy. He was employed as a foreman at the Sprague Electric Co. in North Adams and was last employed at Williams College in the Building and Grounds Department. He was a communicant of St's Patrick & Raphael Parish in Williamstown and a member of the Williamstown American Legion. He enjoyed hiking, walking and was a winter resident of Naples, Florida. Survivors include his wife Ann (Flanagan) King whom he married September 3, 1955 at Our Lady of the Incarnation Church in North Adams. He also leaves three children, Kathleen (Dennis) Remillard of Adams, MA, Paula Alley of North Reading, MA, William Patrick (Elizabeth) King of Florida and two grandchildren Eric Gagne and Nathaniel Alley. He was predeceased by a sister and two brothers Rita Burgess, Francis and Clarence King.

Funeral services will take place at a later date. In lieu of flowers donations are suggested for the Williamstown American Legion through the Flynn & Dagnoli Funeral Home, 521 West Main St., North Adams, MA. To add to the Book of Memories please visit www.flynndagnolifuneralhomes.com.

Published by The Berkshire Eagle on Apr. 17, 2021.
To plant trees in memory, please visit the Sympathy Store.
MEMORIAL EVENTS
To offer your sympathy during this difficult time, you can now have memorial trees planted in a National Forest in memory of your loved one.
Funeral services provided by:
Flynn & Dagnoli-Montagna Home for Funerals-West Chapel - North Adams
MAKE A DONATION
MEMORIES & CONDOLENCES
Sponsored by The Berkshire Eagle.
1 Entry
We are so sorry to hear of uncle bill’s passing here in California. Condolences to the family for your loss. He was a very nice man, brother and uncle.
Love to all
Jennifer king Scally
Family
May 23, 2021
Showing 1 - 1 of 1 results