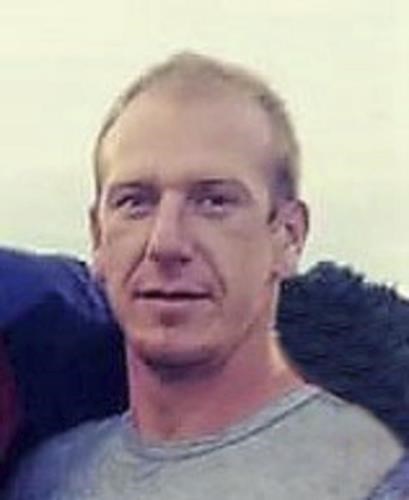 PARIS -- Christopher Todd Ramsvig, 33, of Paris, left this earthly life after a short battle with Melanoma on July 1, 2018, and is with our Savior.

Chris lived in Brohman most of his young life before moving into the Big Rapids area. He received his high school diploma and was a graduate of Baker College. He was a member of the IBEW Local No. 876 and was employed as an apprentice at Rauhorn Electric, as a substation technician.

Chris was an athlete and especially enjoyed playing basketball in school and just for fun. He was gifted and talented in this area and shared his moves and skills with his son, Christian, and challenged his brother, Adam, on the court often. Together, they all liked to play and watch basketball. He also enjoyed watching football and "Big Brother," hunting, fishing, boating, listening to music, going to concerts and having a good time with family and friends.

Chris was easily liked and holds a special place in the hearts of many people. He was especially close to his mother, son, sister, brother, grandma, aunts and uncles. He was known as the favorite of his Aunt Kathie and Grandma Nancy's "lil' sweetheart." He liked to laugh, joke and goof around, and it is easily seen in his hundreds of pictures and selfies with Christian. Chris was a people-pleaser and would hug and snuggle like no other. He was always up for a good time.

Funeral services will take place at 11 a.m., Thursday, July 5, 2018, at the Daggett-Gilbert Funeral Home in Big Rapids. The family will greet friends one hour prior to the service on Thursday at the funeral home. Christopher will be laid to rest at Highland View Cemetery in Big Rapids.

Memorial contributions will be accepted by Christopher's family for Christian, his son.

Share a memory or leave a condolence for the family by clicking the guestbook tab at daggettgilbertfuneralhome.com.

To plant trees in memory, please visit our Sympathy Store.
Published by Big Rapids Pioneer on Jul. 3, 2018.
MEMORIAL EVENTS
No memorial events are currently scheduled.
To offer your sympathy during this difficult time, you can now have memorial trees planted in a National Forest in memory of your loved one.
Funeral services provided by:
Daggett-Gilbert Funeral Home, Inc. - Big Rapids
MAKE A DONATION
MEMORIES & CONDOLENCES
2 Entries
MAY THE THOUGHT OF KNOWING THAT FAMILY AND FRIENDS SHARE IN YOUR GRIEF BRING YOU A MEASURE OF COMFORT.PLEASE READ PROV 17:17
KELLEY
July 5, 2018
Robin and family, Rick and I are so sorry for the tragic loss of Chris. Please know that we have been thinking of you all since this happened, and praying that God will carry you through these very difficult days, and we will continue praying for the many days ahead. We know that there are no words that can be said to ease your loss, but please know that our hearts are with you!
Melissa and Rick Frontjes
July 3, 2018
Showing 1 - 2 of 2 results