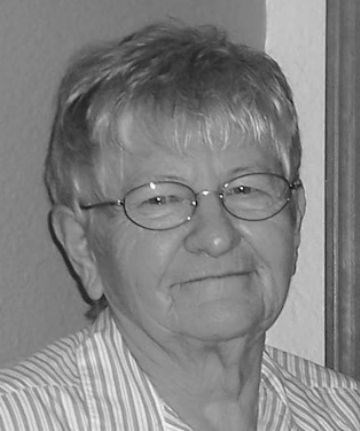 Agnes Rose Weinzetl passed away peacefully on April 30, 2021. She was 82. Agnes was born to George and Alieda Lix on Jan. 8, 1939. She grew up in Lodge Grass, Montana and graduated from Lodge Grass High School. She completed Acme Beauty School before setting up a hair salon in Forsyth and living with her sister Pauline. While living in Forsyth, she met Julian Weinzetl Jr. They married on Nov. 7, 1959 and made their home in Custer, Montana. Julian and Agnes farmed raising crops, livestock and four children. Agnes also had a hair salon. After putting in long days six days a week at the salon, she would drive tractor or truck on the farm, weed the garden, can vegetables, or complete many other farm chores and she always managed to put an amazing meal on the supper table.

Agnes was a staunch supporter of FFA and 4H and was the most fun chaperone at the many many events she helped with. She was a legend in the 4H fair concession stand where everyone worked hard and EVERYONE had fun. Agnes never knew a stranger and whether it was in an elevator, an airplane or grocery store, she would strike up a conversation and make a new friend.

To be in the Weinzetl family, you had to play cards fast and drink your coffee black. Family friends played and giggled and called each other names, learning everything from Rummy to Pinochle. She would regularly play cards with the neighbor ladies well into the night, playing for dimes.

As much as she was dedicated to her children, she was equally dedicated to her grandchildren. They would spend weeks at a time on the farm with her with only two rules; no water fights and no bouncing balls in the house. It was okay to dissect a frog or have a water or mud fight outside. She also spent weeks in California with Brian and Jake. Christmas at Grandma's was also always an adventure.

She was preceded in death by her husband Julian, grandson Jacob Schneider, step grandson Justin Grebe, her brother Arnold Lix and sister in law Carolynn Parker.

The family is forever grateful to the community of Custer for providing a wonderful place to grow as a family. In lieu of flowers, please make memorials to the Custer Park, the Montana FFA Foundation, or memorials sent to the family will be used to establish trees in the Custer cemetery near Agnes' final resting place.

Funeral services will be Saturday May 8, 2021 at 1 PM at the Custer Public School Gym in Custer and burial will follow at the Custer Cemetery.

Bullis Mortuary has been entrusted with the funeral arrangements.

To plant trees in memory, please visit our Sympathy Store.
Published by Billings Gazette on May 5, 2021.
MEMORIAL EVENTS
May
8
Funeral service
1:00p.m.
Custer Public School Gym
, Custer, Montana
Funeral services provided by:
Bullis Mortuary
MEMORIES & CONDOLENCES
Sponsored by Bullis Mortuary.
4 Entries
Dear Belinda, Colleen, Julie, Dean, and family, We were so sorry to hear of your Mom's passing. We loved her. We have so many beautiful and fun memories of her. She was a great lady! Our prayers are with you all. We love you all.
Max and Nancy Watson
May 7, 2021
We are so sorry to hear of Agnes' passing. Our thoughts and prayers are with you. She was one of a kind and we are better for knowing her.
Cory & Cyndi Bendt
May 6, 2021
Sincere Sympathy to all the family!
Sharon Potts Engle
May 6, 2021
What a great loss. Prayers to her family and all her friends.
Terry wiseman noyes potts
May 5, 2021