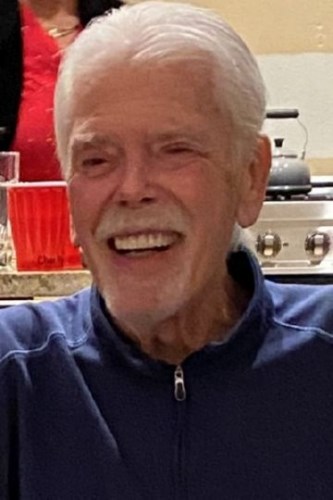 On Jan. 10, 2021, we lost a wonderful father, husband, grandfather, friend, and mentor. Chuck Robbins was born to Cagie and Mary Robbins in Lincoln Park, Detroit. Chuck was an only child born into a family built on faith and hard work. Cagie worked on the General Motors assembly line until the day he retired, and Mary worked cleaning houses for any additional money they could save. Chuck was hell bent on leaving Detroit to find a better life out west.

Due to his athleticism and work ethic, Boise State offered him a football scholarship, where he thrived playing middle linebacker and pulling guard. At the time, Boise State was a junior college, so eventually he would have to take his talents to another college, which he did. His hard work and dedication would land him a scholarship at Eastern Montana College (MSUB). Chuck continued to play middle linebacker and guard at Eastern. Because of his leadership, intensity and aggressive mentality on the field, it led to his three-year stint as team captain. Chuck had a gregarious disposition and loved people and this led to his many lifelong friendships he established in college.The Eastern Montana football team still holds an annual get-together, which Chuck looked forward to each year. He loved seeing his friends, teammates and comrades. The common camaraderie men share when they step foot on the gridiron is truly unbreakable and unrivaled. Sadly, however, throughout the years, the group would get a little smaller and this year there will be one less.

Chuck never left Montana, for a couple reasons: he fell in love with the culture, the hunting, the people, but most importantly, he fell in love with the with his wife and lifelong companion of 45 years, Shelley Robbins (Grunstead). They began a family rooted in Biblical principles and faith, and God blessed them with three very outgoing boys: Zach, Levi and Ben. Chuck and Shelley devoted their lives to giving their children every opportunity, and they both sacrificed much for their sons. Shelley would be frantically running one of the boys to practice while making sure the other two had rides to their activities as well. That meant running the boys to baseball, basketball, soccer, hockey, skiing and football. They even tried piano lessons; we are pretty sure that one was Mom's idea. During these early years, Chuck was working hard to build his business and provide for his ever-growing family. However, he always found time to coach his boys in as many sports as possible. Chuck was heavily involved with the YMCA and coached and ran the YBA program for many years. When his boys were preparing for the upcoming basketball season, he would organize a travel team and take them on the road to tournaments around the state. And once the season began, he never missed a game unless there were two going on at the same time. Chuck believed it was important for his boys to work hard and give a 100% effort to whatever it was they were pursuing. One of his favorite one-liners was, 'if you're not out there practicing, someone else is.' Dad was a fierce competitor; as early as we can remember, we would travel to his handball tournaments to watch him compete and compete he did. Dad pushed us hard because he knew we would need toughness and a dedicated work ethic to make it through this life. However, more importantly, he and Mom gave us a foundation in Christ Jesus.

Dad's faith was the most important aspect of his daily life and he lived it out to the fullest. Our dad knew he wasn't perfect, but he wanted to make sure his boys knew the Perfect Father - our Lord and Savior. As we look back on the memories of our father, we are constantly reminded of the early mornings where he spent his time in daily devotions, either at the dining room table or on the back porch. Dad also loved his men's Bible studies. Year after year, he was involved with some type of men's study with the goal of becoming more grounded in his faith.

When it came to hobbies, one of our fathers favorite pastimes was bird hunting. He introduced us to it at a very early age - starting with the bird dogs. We always had some type of bird dog in our family - German Shorthairs or Vizslas. It was a priority to get out and spend time in nature with his boys. Over the years, we have accumulated so many great memories of spending time with Dad in the rolling prairies of Montana and 'chasing birds.'

In Dad's later years, his passion and love focused on his grandkids. Mom and Dad have been blessed with nine healthy, rambunctious grandchildren. Dad always thanked the good Lord for giving him more time to build relationships with these kiddos, and he looked forward to every minute he could spend with them.

Over the last half of Dad's life, he struggled with some health issues, which debilitated him when it came to his ability to walk. However, throughout each obstacle, Dad fought back. His motto was to 'never give up.' His favorite cartoon was of a frog in the vice of a pelican's beak with only his feet sticking out and hands wrapped around the pelican's throat - the caption read, 'Never give up'!

Dad, thank you for all the wonderful memories - we are forever grateful for your love, grace, discipline and sacrifice. Until we meet again, let us depart by saying what you always said to us: 'I love you and I am proud of you.'

In lieu of flowers, donations may be made to Fruit Bearers, PO Box 2923, Leavenworth, WA 98826; www.fruitbearersministries.com; e-mailed to [email protected].
Condolences may be made at www.michelottisawyers.com. 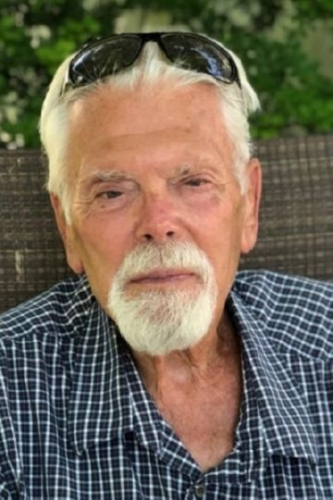 To plant trees in memory, please visit our Sympathy Store.
Published by Billings Gazette on Jan. 13, 2021.
MEMORIAL EVENTS
Jan
15
Service
11:00a.m.
Faith Chapel
517 Shiloh Road 59102
Funeral services provided by:
Michelotti Sawyers Mortuary & Crematory
GUEST BOOK
5 Entries
Our sympathy is with your family at this time. Chuck was a wonderful man and an inspiration for all fathers and grandfathers.
Ken and Judy Miller
January 15, 2021
I regret unable to attend Chuck's celebration of life. I prayed for him and with him. He was a good man with a wonderful sense of humor. He will be missed.
David Thor
January 14, 2021
Chuck was a regular at EMC football reunions that I attended with my husband and Chuck's coach Bob Lee. He was spirited and fun to be around. My condolences to Shelley and boys.
Alicia Lee
January 13, 2021
Chuck and Shelley, you are both deeply loved by many. This earthly world is so much poorer, but heaven is so much richer. Will miss him immensely!
Joni Kunkel
January 13, 2021
My deepest sympathy on the loss of Chuck. He did many many appraisals for me over the years. He was always so kind and willing to answer and explain and questions I had. The real estate industry has lost a true legend. Hugs and prayers to all his family.
Pamela Strietmatter
January 13, 2021