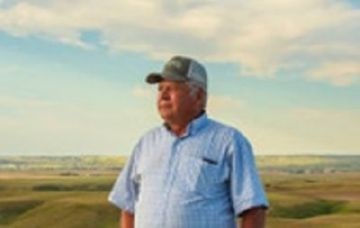 David Wilmer Reisig, 72, went to be with the Lord on Nov. 22, 2021. David was born on Feb. 1, 1949, to Wilmer and Arlene Reisig in Glendive, Montana. The eldest of six kids, David was raised in Sidney MT where he graduated from Sidney High School. He then went on to College at Montana State University (GO BOBCATS) and graduated with an Ag Business degree.

David and Wanda met through mutual friends in Sidney and started dating while in college. They were married on June 8, 1969 in Miles City, MT. They celebrated their 50th Anniversary with a family trip to Hawaii that they will treasure forever.

David loved to work in multiple industries always having multiple irons in the fire working until the very end. David started working for Yellowstone County in Billings in 1973. They moved to Hardin four years later when he went to work for PCA where he remained until he started Reisig Agency in 1988. One of the proudest moments for David was when his three sons joined in the family businesses with him. Reisig Cattle was started with his family in 2007. David was admired and respected in the agricultural industry by all that knew him. He served on multiple boards for local banks, church and Republican party- just to name a few. David was a huge supporter of the 4H, FFA, local youth groups and all of his son's and grandchildren's activities. David and Wanda were active and supportive founding members of the Christian Missionary Alliance Church. His passion was for everyone to know the Lord like he did.

David had a heart of gold and enjoyed going to work every day, whether it was in the office or out in the fields or pastures. He loved the community he lived in where his staff and customers were his close friends and extended family. David loved the Lord, his family and friends living life to its fullest. Wanda and David had the opportunity to travel domestically and around the world sharing great explorations with one another.

David was preceded in death by his father, Wilmer.

Services will be held Saturday, Nov. 27, 2021, at 11am at the Hardin High School Gym with burial to follow at the Reisig Family Cemetery North of Hardin followed by a reception at the Fort Custer Golf Course.

In lieu of flowers, memorials may be made to Big Horn County Historical Museum, St Jude Children's Hospital or Montana Teen Challenge. Bullis Mortuary has been entrusted with the funeral arrangements.