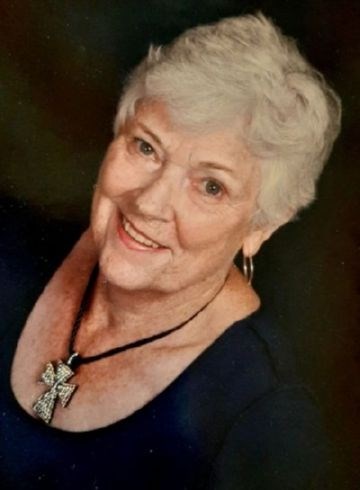 Elva was born on Feb. 25, 1940 in Meadow Lake, Saskatchewan to parents Avard and Beachel Hiltz. There she grew up on the family farm being one of 12 children. She graduated from high school in Meadow Lake then moved to Calgary, Alberta where she enrolled at Modern College of Business.

Afterward, she moved to Hawaii for six months where she worked as a secretary in a local hospital. Elva went back to Calgary and worked as a secretary for Home Oil Company where she met her future husband Donald Scott, a geologist. They married in 1966. Elva and Don had two sons, Warren and David, both born in Calgary. The family moved to Billings, MT in the early 1980's; then tragically Don died in a motor vehicle accident in 1987.

In 1992 Elva married a Wyoming rancher named Raymond Allemand, she then moved to the Allemand family ranch north of Douglas, WY. In 2003 Elva and Raymond built a house in Casper, WY and moved to town. They travelled the world, plus got to see 49 states and much of Canada. They had great times visiting friends and family across Canada and the USA.

In later years, Elva and Raymond also had houses in Palm Desert, California and Wickenburg, AZ. They had a lot of fun making friends and memories in the warmer climate.

Elva's hobbies included golfing and playing tennis. She was very good at both.

Elva died on March 23, 2021 at My Father's Retirement Ranch in Wickenburg, Arizona. She had been battling cancer for years.

In lieu of flowers, please donate to your favorite charity.

To plant trees in memory, please visit our Sympathy Store.
Published by Billings Gazette on Apr. 11, 2021.
MEMORIAL EVENTS
May
1
Service
1:00p.m.
Highland Park Church
, Casper, Wyoming
MAKE A DONATION
Please consider a donation as requested by the family.
GUEST BOOK
5 Entries
Raymond and Family, You are all in our thoughts and prayers. I did not know Elva, but I have such fond childhood memories of you and your family out at the Ranch. Thank you for your kindness to my family and my dad. May you find peace through your memories of Elva.
Joyce Wise and all of the Robert Wise Family
May 1, 2021
Ray and Family, We are sorry and share your feelings in the loss of Elva. Our fond memories cover Montana, Wyoming, California and places in between. Ray, we will all miss her great smile and warm greetings. We will pray for your healing in the coming days.
Laney & Joe Templet
April 16, 2021
My heartfelt sympathies go out to the family and friends during this difficult time. I hope that the promise in 1 Thessalonians 4:14 can bring comfort. Knowing that there's a hope for the ones we have lost in death can be so reassuring.
J.
April 14, 2021
Raymond. Our condolences, and a silver bullet
Pat and Karen Hand
April 12, 2021
I will dearly miss my friend and golf buddy.she was such a gracious hostess and. Good card player.I am so sorry I was not able to visit her in her final days but I am sure she knew that I was praying for her.
Gay Milne
April 11, 2021