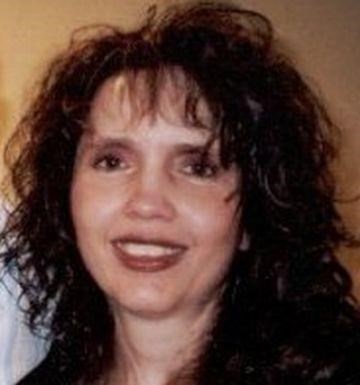 In the early morning of July 16, 2021 Evelyn Kay (Johnson) Hauge merged with the infinite, passing in her home in Billings, surrounded by family and friends, after a short battle with pancreatic cancer. Deeply rooted in her Christian faith, she calmly accepted her fate knowing that she would be reunited with passed loved ones. Evelyn was 71 years old.

Evelyn was born to Grant Ludwig Johnson and Bessie (Davies) Johnson on August 8th, 1949 in the town of Glendive, MT which, they say, is located somewhere between Miles City and Savage, MT. She was raised on a beet farm in the hardscrabble badlands of Eastern Montana, close to the Yellowstone River, near the Dawson and Richland county line.

She married the love of her life, Alan Hauge, on Oct. 3, 1969 and shortly after accompanied Alan to Naples, Italy for his service with the U.S. Navy. After returning stateside they lived in Norfolk, VA before settling down in Miles City.

She gave birth to two sons, Eric in 1975 and Leif in 1977. She was fiercely protective of her boys with an almost preternatural instinct of knowing when they were in trouble, often before they even realized it themselves. She was the mom that marched them to face and apologize for any wrongdoings. Evelyn was also a second mom to many of Eric and Leif's friends; this became evident as the kids grew older and she became close personal friends with them into adulthood.

Her first job, other than hoeing beets, was working at the Wagon Wheel in Glendive. Evelyn also worked as a switchboard operator, military liquor depot manager, at JC Penney's and most recently managed Conlin's Furniture in Miles City for many years. She put her all into everything she did and always picked up life-long friends along the way. Evelyn will be dearly missed by everyone that knew her.

Evelyn was preceded in death by her father Grant, mother Bessie, and sister-in-law Joan Johnson.

Evelyn is survived by her best friend and husband of 52 years, Alan; their son Eric and his daughter Stella Luna Hauge, who was the light of her life; their son Leif and his wife Amber Schock Hauge; brother Rob Johnson; sister Marilyn Johnson Foreman and her husband Ron; many nieces, nephews, relatives and friends. A special thank you to Vicki Smith, Kellie Dalton and Wendy Presser, Stella's mother.

In lieu of flowers, please consider a donation to the Miles City Soup Kitchen to which Evelyn donated generously and regularly, POB 93, Miles City, MT 59301. Evelyn also donated to St. Jude Children's Research Hospital, The Tunnels to Towers Foundation, Michael J. Fox Foundation for Parkinson's Research and the Ronald McDonald House. Evelyn also monetarily contributed directly, but discreetly, to people in her community in need, so please consider that as an option as well.

According to Evelyn's wishes, cremation has taken place and we will be having a celebration of her life, in our home in Billings, on Saturday July 24th from 2 to 5 PM. If you wish to attend please contact Leif at 406-534-9799 for more information.

Please visit www.cfgbillings.com to leave condolences for the family.

To plant trees in memory, please visit our Sympathy Store.
Published by Billings Gazette on Jul. 20, 2021.
MEMORIAL EVENTS
Jul
24
Celebration of Life
2:00p.m. - 5:00p.m.
our home in Billings
, MT
Funeral services provided by:
Cremation & Funeral Gallery
MAKE A DONATION
Please consider a donation as requested by the family.
MEMORIES & CONDOLENCES
Sponsored by Cremation & Funeral Gallery.
5 Entries
My condolences to you all. I remember meeting Evelyn when I first moved to town and I applied for a job. She was absolutely delightful and I stopped by Conlins often to see her. My she Rest In Peace and her memory be eternal.
Michelle (Oelfke) Harbosen
Friend
July 23, 2021
Please accept our deepest condolences upon the loss of Evelyn. Heaven has indeed gained a Beautiful, Petite Little Angel with a Gigantic Warm Smile and an Infectious Laugh! It was a genuine pleasure to visit not long ago with Evelyn and Alan as they reiterated fond and loving memories of "The Good Ole Band Days" as they assisted in the preparation of a "Roast" for Loren's Retirement Party. It was a blessing to hear them laugh as story after story was remembered! Their love for one another was obviously palpable! May you, Alan, her Sons, and Marilyn, her Sister, Rob, her Brother, find Great Strength and Comfort in the thought that others Care! God's Blessings to all of you! Carolyn Prigan Neckels
Carolyn Neckels
Friend
July 20, 2021 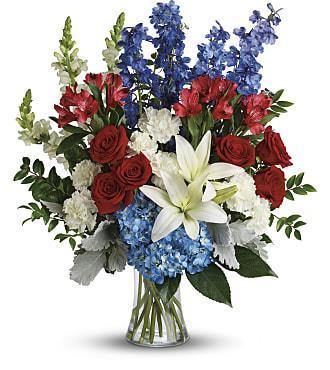 Indian Springs Schools
July 20, 2021
Sincere sympathies to you all with Evelyn's untimely passing. She is at peace & will have no more suffering. Prayers for comfort & peace as you enter yet another chapter of your lives. Evelyn was a wonderful, caring person. She will be missed by many. God Bless you all!
Melody Haynes
Friend
July 20, 2021
So sorry to hear about Evelyn. I met her when I was working for Kay. I always looked forward to seeing her and getting to visit with her. I talked to her a while back and she had sent me pics of her new house. The world is a little less brighter without her! I will keep you all in my prayers!
Anita Spencer
Other
July 20, 2021
Showing 1 - 5 of 5 results