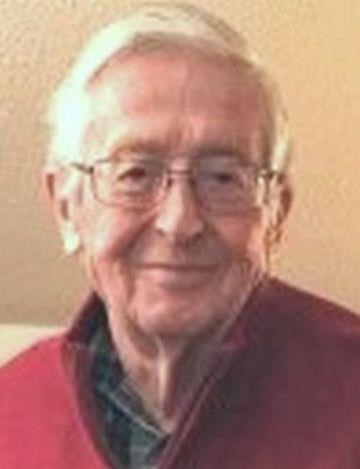 Frank grew up in Billings, attending Billings Catholic Schools. Frank took great pride in his work at the Northern Pacific Railroad during his high school years, working full time while attending high school full time. He briefly attended Billings Senior High School after a disagreement with a nun at Billings Central. He returned to Billings Central to graduate with his classmates in 1954.

While he pursued secondary education, Frank took a meandering path across the great state of Montana. He attended many of Montana's fine institutions, including Rocky Mountain College, Eastern Montana College, Carroll College, and eventually earned his Bachelor's Degree from Western Montana College on Nov. 22, 1963, the same day JFK was assassinated (which surely most people heard about if they spoke with Frank for any real length of time). A lifelong student, Frank also continued with some graduate work at the University of Montana and Northern Montana College. He jokingly took a lot of pride in the fact that he had attended nearly all of the colleges in Montana except for Montana State University in Bozeman (moo-U to him/Go Griz).

Frank creatively filled his time during breaks from his long college career. He served his country in the U.S. Army during the 1950s and was honorably discharged in 1961. He taught school in Harlowton, and also worked at the Anaconda Smelter, bartended, and even attended the Nebraska School of Barbering.

He took a detour to Washington D.C. with encouragement from his aunt and uncle, Maureen Hayes Mansfield and Senator and Ambassador Mike Mansfield. Frank taught school in D.C. and was a United States Capitol Policeman. Frank always spoke fondly of his time in D.C., which was evident in the MANY stories he shared about it over the years.

In 1966, he moved to Havre, Montana to establish the first Head Start program, never expecting to stay there long. During his time in Havre, he met Margaret Elaine Phillips, and they married on July 20, 1968. They made their initial home at Rocky Boy, where Margaret taught school, and Frank worked for the Bureau of Indian Affairs, and later for the Chippewa Cree Tribe. They later moved into Havre, and welcomed Thomas Martin Hayes in 1977, and Elizabeth Anne Hayes in 1980. During Tom and Beth's childhood years, the family spent time at their cabin in the Bear Paws, and on vacations in their camper across the western United States.

Frank returned to his railroad roots, taking up with the Burlington Northern as a hostler at the diesel shop. Frank's lifelong love of politics resurfaced, as he made a run for eastern Montana's U.S. House seat in the 1984 Democratic primary. Although he came up short, his love of Democratic politics was one of the most fundamental and consistent things about him, shaping his world view, the actions he took throughout his life, and his approach to nearly everything he did.

He brought his love of books to the Havre community, opening up The Book Store from 1985-1990, while continuing his full time work at the railroad. During his time at BN, he was a proud and active member of the United Transportation Union, Local 544.

Frank also eventually returned to his teaching roots, a regular fixture on the substitute teaching scene in Havre Public Schools during the 1990s and 2000s. He was very popular, and most students knew that Frank was always up for a political discussion, and could be easily sidetracked with the question, 'Have you ever met a president?'

Frank worked hard his whole life. He often taught as a substitute teacher on his two weekdays off from BN. His retirement was well earned, and he enjoyed many visits to Tom and Beth and their families over those years. He was incredibly proud of the paths his children took. He loved watching Tom fall in love with and marry Donde in 2001, and was a proud Grandpa to Wyeth, Elizabeth 'Ella', Fairclough 'Fara,' and Maclan 'Mac' Hayes. He loved asking Tom about the stock market and was so proud of Tom's career at D.A. Davidson. He also enjoyed watching Beth go back to school after college to become a lawyer. He loved hearing about her work at Montana Legal Services Association. He was thrilled to see Beth meet and fall in love with Charlie Schmitz and his son Silas, and as they welcomed Francis 'Frank' Kathleen Schmitz in 2017.

Frank and Margaret moved to Great Falls in 2017, making their home close to Tom and his family. He was elated to have voted in one last Presidential election in 2020 and was ecstatic to see a Democrat back in the White House.

It is hard to quickly summarize the life of Frank Hayes. Frank fit many amazingly different life experiences into one well-lived life. His life yielded epic stories. Throughout it all, his most consistent trait was his incredibly generous heart. His loving heart will be carried forward by his family.

If you want to honor Frank, please donate to the Montana chapter of the Alzheimer's Association or St. Jude's Catholic Church in Havre. The family is planning a celebration for a later time. Condolences for the family may be shared online at www.SchniderFuneralHome.com.

To plant trees in memory, please visit our Sympathy Store.
Published by Billings Gazette on Feb. 14, 2021.
MEMORIAL EVENTS
No memorial events are currently scheduled.
To offer your sympathy during this difficult time, you can now have memorial trees planted in a National Forest in memory of your loved one.
Funeral services provided by:
Schnider Funeral Home
GUEST BOOK
2 Entries
My prayers and thoughts are with you. Frank was still in grade school the years my sister and I roomed with the T.D. Hayes family. I was pleased to read the story of Frank's life and how he shared his giftedness with others.
Sister Dolores Brinkel
February 20, 2021
My condolences to the family . May you find comfort in your treasured memories and Gods promise to return our loved ones . 1st Thessalonians 4 : 13 & 14 .
February 12, 2021