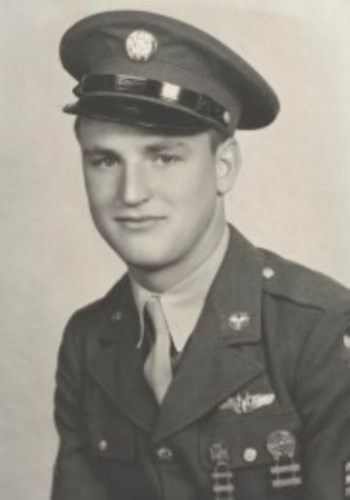 Frank Stoltz was born Feb. 10, 1924 in Solen, North Dakota to Peter and Margaret Stoltz. He died peacefully Monday morning, Nov. 9, 2020 at Holy Rosary Healthcare from aspiration pneumonia at the age of 96.

As happened with so many young boys during the early 1930s, Frank ran away from home at the age of 12. At the age of 16 he joined the NYA (National Youth Administration) program in Bismarck, ND where he learned his welding skills. From there he arrived at the Seattle shipyards to work. The following year he enlisted in the Army Air Corps to fly.

He was deployed to England in May, 1944 where his assignment was top turret gunner and back-up pilot on a B-24 Liberator bomber. His duties also included the dangerous task of arming the bombs once the aircraft reached enemy territory. His aircraft bombed enemy targets in Germany and France in support of the Normandy invasion.

On June 21, 1944 during his 12th bombing mission, his plane was shot down over Germany. Frank and his crew bailed out of the plane - in his words 'hit the silks.' He was immediately captured near Wetzler, Germany by the SS. Because of his fluency in speaking German, he became the translator between his fellow crew members and the Germans. He was transferred to a new Prisoner of War (POW) camp northwest of Auschwitz, Poland. He was imprisoned for nearly a year and then survived the 86-day, 600-mile Black Death March at war's end.

Frank was discharged at the Sioux Falls Army Air Force Separation Center in South Dakota in October, 1945 His most significant decorations among others include the Purple Heart, Air Medal and the Prisoner of War Medal. In June, 2008 Frank was awarded the highest honor from the nation of France - the French Legion Medal of Honor.

Frank arrived in Miles City after his discharge to be with his mother. He worked for Love Motor Company. While working there, he met his future bride on the steps of the Presbyterian Church. The car he was driving had no doors as Pat always recalled. He and Patricia married May 15, 1948 at the Sacred Heart Catholic Church and began their lasting, loving bond with each other for over sixty six years.

The original Frank's Body Shop opened in 1955 located on North 11th. As the business grew the shop moved to the corner of 7th and Palmer. Frank was always looking for ways to sell and enhance the services of the shop and this included Jeeps, Ski-Doos and Bellanca aircraft. He even found time to become half owner of Leon Park for a few years. In 1973/74 Frank built the current shop located on Haynes Avenue. He remained active with his business through 2016.

Frank and his wife, Patricia, were married for over 66 years. Pat passed away April, 2015. He is survived by his five children: Melissa (Don), Deborah, Tim (Carol), Danny (Nancy) and Patrick; 11 grandchildren; 24 great grandchildren and 2 great-great grandchildren.

Donations in Frank's memory can be made to the MCC automotive program; our local VFW Club or Wake Up and Lace Up. 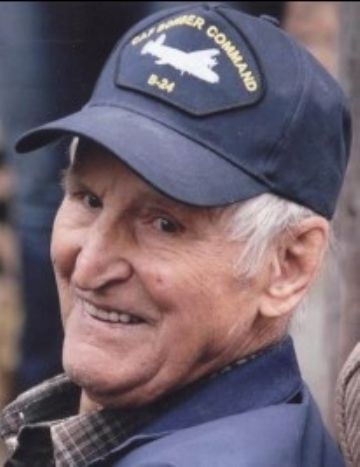 To plant trees in memory, please visit our Sympathy Store.
Published by Billings Gazette on Nov. 14, 2020.
MEMORIAL EVENTS
Nov
24
Visitation
10:00a.m. - 5:00p.m.
Stevenson & Sons Funeral Home
1717 Main Street, Miles City, MT 59301
Nov
25
Graveside service
11:00a.m.
Custer County Cemetery
, Miles City, Montana
Funeral services provided by:
Stevenson & Sons Funeral Home
GUEST BOOK
2 Entries
My condolences to the family . May you find comfort in your treasured memories
and Gods promise to return our loved ones . 1st Thessalonians 4 : 13 & 14 .
December 28, 2020
Sympathy for you Debbie in the loss of your father. He sounds like quite a man with all his endeavors. I know you spoke highly of your parents.
Vera Bassett
November 14, 2020