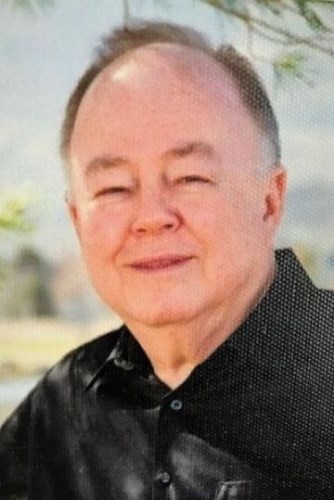 On Monday June 28, 2021, Gary L Madsen passed away unexpectedly from natural causes at home after paramedics were unsuccessful in reviving him. His loving wife was at his side.

Gary was born July 30, 1944, in Pasco, Washington to Kenneth H. Madsen and Vera A. Van Cleave, where his father was stationed at the US Navy air base. Gary first came to Cody, Wyoming around 1948 when his maternal grandfather, Roy Van Cleave helped Gary's uncle, Buster Bailey build the Blue Haven Motel. The family moved to Cody permanently in 1952 when his mother married Lloyd Bartlett.

He spent his childhood growing up in Cody with his brother and sister, where he enjoyed high school sports playing on the football and wrestling teams. Lettering in football. Also, he was the president of the CHS FFA. He graduated from Cody High School in 1963. He married Royann LaFave on June 1, 1965. They had a son Kenneth and a daughter Tiffany.

Gary developed a strong work ethic while working for his stepfather at the Spudnut Café in Cody, even learning how to be a short order cook. While in high school Gary learn how to cut meat by working with an experienced butcher cutting up wild game.

That experience led to working in the meat department at Steck's IGA. It became a career that took him to Washington and eventually settling in Billings, Montana in 1970 as a regional sales manager for John Morrell meat company. It was not long before the inherited entrepreneurial gene took hold and Gary started his own wholesale food service company servicing restaurants throughout Montana and northern Wyoming. After over 30 years in the food service industry Gary left Billings and moved to Puyallup, Washington in 1999 and began a career in the mortgage industry as a loan officer. He chose a specific niche, specializing manufactured housing.

His knowledge and experience in this specialization led to an opportunity in Reno, Nevada in 2001 where he continued over the years to become a well-recognized expert in the manufactured housing industry. That, once again, his entrepreneurial nature led to establishing his own company in investment real estate and manufactured home sales.

Gary was a man of strong Christian faith serving in the Hope Community church as the head to Guest Services and was a Life Group leader.

Gary was preceded in death by his parents Kenneth Madsen and Vera Butler.

Gary was buried July 8. 2021 at the Mountain View Cemetery in Reno, Nevada.

To plant trees in memory, please visit our Sympathy Store.
Published by Billings Gazette on Jul. 13, 2021.
MEMORIAL EVENTS
Jul
17
Celebration of Life
3:30p.m.
Hope Community Church
755 Trademark Dr., Reno, MT
MAKE A DONATION
MEMORIES & CONDOLENCES
1 Entry
Lee and I were so sorry to hear of your loss. We have often thought about you and Gary. We will keep you in our prayers. Your friends Lee and Pat Nixon
Pat Nixon
Friend
July 13, 2021
Showing 1 - 1 of 1 results