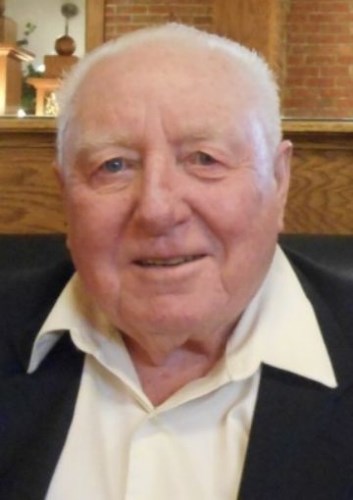 George Bronson, 80, passed away peacefully with his family by his side on June 27, 2021. Born and raised in Butte, he was a proud graduate of Butte High School in 1958, and the Montana School of Mines in 1963. George loved playing baseball and hockey, as well as hunting and fishing. With a degree in petroleum engineering, he left Butte after college to embark on an over 45-year career in the oil business. His work took him to far-flung places such as Norway, Germany, Scotland, Egypt, Indonesia and Peru, to name a few. A true Montanan at his core, he moved with his family to Billings in 1981, where he lived for 40 more years.

He is survived by his wife, Gail, of 51 years; two daughters, Joann and Lynn; son, Frank; and three grandchildren.

In lieu of flowers, the family requests a donation to the Billings or Butte food banks. A memorial service to celebrate George's life will be planned for later this summer.

To plant trees in memory, please visit our Sympathy Store.
Published by Billings Gazette on Jul. 11, 2021.
MEMORIAL EVENTS
No memorial events are currently scheduled.
To offer your sympathy during this difficult time, you can now have memorial trees planted in a National Forest in memory of your loved one.
Funeral services provided by:
Michelotti Sawyers Mortuary & Crematory
MAKE A DONATION
MEMORIES & CONDOLENCES
Sponsored by Michelotti Sawyers Mortuary & Crematory.
4 Entries
So sad to hear of George´s passing. A great friend with a tremendous sense of humor. Few people realize what a talented drilling engineer George was. Conoco sent him to fix some of the most difficult drilling conditions the world had to offer. We´ll miss you George.
Fred
July 12, 2021
I'm very sorry to hear about your dad. He was a good man. Love your cousin Dori
Dori La Fleur
July 11, 2021
My sincere condolences to George's family in their loss of this fantastic fellow. I knew him well at Butte High School and graduated with him in 1958, yet had not see him since then. A very nice man who apparently had a very successful life.
Ted Tabor
School
July 11, 2021
To the Bronson Family -- So sorry to hear about George. I am also a Montana Tech PE so our paths crossed many times, including for a time Roswell, NM where we were living and George had a son or grandson attending the Military Institute. My wife Ann and I send you our most sincere condolences and our prayers. Bill Daily
William Daily
July 11, 2021
Showing 1 - 4 of 4 results