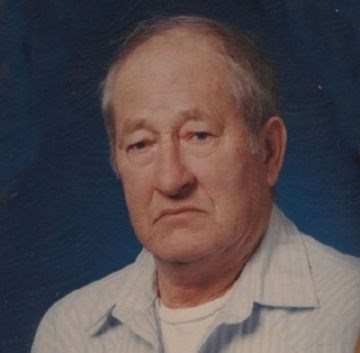 He was born Dec. 19, 1931 in Bridger, Montana to Faye Anderson Morris and Frank Earl Morris.

He attended schools in Cody, Wyoming, graduating in 1949. He enlisted in the Korean War with the 300th Armored Field Artillery Battalion. During his service, he received two bronze stars. After the war, he married Olive Sherod on Jan. 6, 1953.

He never lost his passion for gardening, reading and being outdoors.

Glenn was preceded in death by his parents, Faye and Frank Morris and brother-in-law Melvin Hill. He is survived by his two children Diane Mitchell (Jim) and Brian Morris, sister Sue Hill of Montgomery, Texas, nieces and one nephew.

He belonged the Fraternal Order of Eagles of Sheridan and Sheridan NARFE. He was very active with the Reunions of the Wyoming 300th Armored Field Artillery Battalion (AFA) from the Korean War for many years. He organized the 50th Reunion of the unit in Sheridan, Wyoming in 2000. He was very proud of 300th AFA being the most decorated military unit in Wyoming history.

Cremation has taken place and he will be buried by his wife at the Cody Cemetery. No services are planned per his request. In lieu of flowers, memorials may benefit the HUB Senior Center at 211 Smith St. Sheridan, WY. 82801.

Online condolences may be written at www.kanefuneral.com. Kane Funeral Home has been entrusted with local arrangements.

To plant trees in memory, please visit our Sympathy Store.
Published by Billings Gazette on Jan. 5, 2021.
MEMORIAL EVENTS
No memorial events are currently scheduled.
To offer your sympathy during this difficult time, you can now have memorial trees planted in a National Forest in memory of your loved one.
Funeral services provided by:
Kane Funeral Home
GUEST BOOK
0 Entries
Be the first to post a memory or condolences.