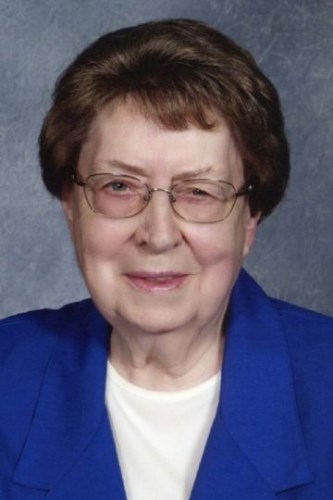 Irene attended high school in Red Lodge and Billings, graduating from Billings Senior High. She went on to graduate from Eastern Montana College of Education (now MSUB) and then taught school in Laurel and Bridger. On June 1, 1955, she married William R. Hergett and they lived on their farm south of Belfry. After raising her family (which included cooking three farm-style meals a day, baking a daily dessert and 16 loaves of bread a week, raising a large garden and canning 300 jars of produce each year, sewing most of the clothing for the family, and inviting anyone who was at the house for the current meal), Irene worked part time for 10 years in the Belfry school libraries. In 1994, they retired and moved to Billings.

Throughout her life, Irene was active in her churches, participating in church circles and Sunday School. She, along with Bill, always enjoyed getting together with family, friends and neighbors to visit and play cards.

The family would like to thank the staff at RiverStone Hospice and Sweetwater Retirement Community who not only cared for her with compassion but whom she considered her friends. Mom stayed in touch with friends from childhood, as well as making new ones each year and we also thank all of you for your companionship and assistance.

Memorial contributions may be given to RiverStone Health Foundation, Mount Olive Lutheran Church, or a charity of your choice.

To plant trees in memory, please visit our Sympathy Store.
Published by Billings Gazette on Mar. 2, 2021.
MEMORIAL EVENTS
No memorial events are currently scheduled.
To offer your sympathy during this difficult time, you can now have memorial trees planted in a National Forest in memory of your loved one.
Funeral services provided by:
Michelotti Sawyers Mortuary & Crematory
MAKE A DONATION
Please consider a donation as requested by the family.
GUEST BOOK
Sponsored by Michelotti Sawyers Mortuary & Crematory.
1 Entry
My sympathy to the Hergett family. Miss Donohoe was my first grade teacher. She was a wonderful teacher. She instilled a love of learning and reading in me. I still enjoy reading. I read 200 books in 2020. Thank you Miss D.
Jackie F Farias
March 3, 2021