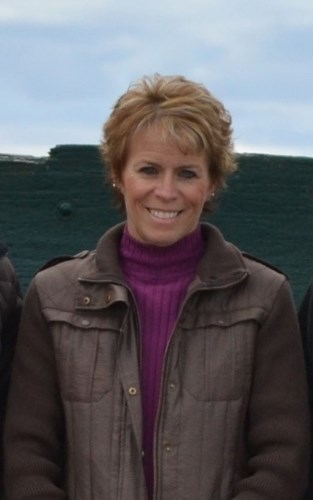 MELSTONE - Jackie Newman, 49, of Melstone, passed away Oct. 15, 2015. She was born on May 25, 1966, to Jim and Terry Wilson. She grew up in the Melstone area as the third of four kids. She attended Melstone School through grade school and high school and graduated in 1984.

Jackie started working at school in 1996 - for 20 years. At the beginning of her career she started as a secretary, but that was never enough.

She later became the technology coordinator as well. Mainly, Jackie enjoyed working cattle, haying and all aspects of ranch work with her family. She loved going to rodeos with her girls, she was their biggest fan. Jackie was also a part of the Melstone QRU/EMTs. She loved the fact that she got to save people's lives and help them in a time of need.

Friends and family that spent time at Jackie and Robert's house meant you would experience a lot of laughter, good conversation and some of the best home cooked food and baked goods around. Jackie was a great friend to everyone and was always there to lend an ear when you needed it. Jackie was known for her strong work ethic and dedication. She never quit going and thrived on hard work. There were many times she would check heifers and calves all night, get up and go to work, come home and feed, cook supper, do laundry and clean, and then start the process all over again. She did this day in day out, and when haying and shipping came, she continued to go non-stop. She was the only woman who could survive countless days on no rest or sleep. She was a fierce, strong willed woman, but also known for her tender giving side. There was not a time when you could not confide in her.

She is preceded in death by father, Jim Wilson, grandmother and grandfather, Mavis and Boyd Kincheloe, and mother-in-law, Marsha Newman.

Funeral service for Jackie will be at 2 p.m., Oct.24 at the Melstone School Gymnasium in Melstone. Burial to follow at Melstone Cemetery. Memorials in Jackie's honor may be sent to Melstone EMTs.

Weir Funeral Home is in charge of arrangements. Family and friends can share memories and condolences at www.weirfuneralhome.com.

To plant trees in memory, please visit our Sympathy Store.
Published by Billings Gazette on Oct. 19, 2015.
MEMORIAL EVENTS
No memorial events are currently scheduled.
To offer your sympathy during this difficult time, you can now have memorial trees planted in a National Forest in memory of your loved one.
MEMORIES & CONDOLENCES
0 Entries
Be the first to post a memory or condolences.