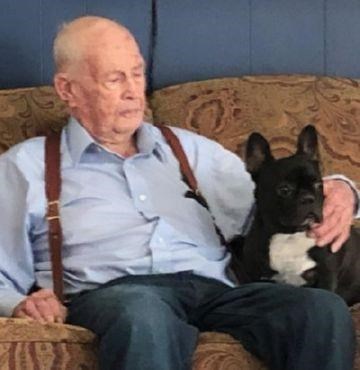 James M. (Jack) Simpson, 93, of Harlowton died Saturday afternoon, Nov. 7, 2020 in the Wheatland Memorial Healthcare of natural causes. He was born March 6, 1937 in Athens, TN the son of James P. and Thelma L. (Flinn) Simpson. He received his schooling in Spokane and in 1945 he entered the United States Marine Corp receiving his honorable discharge in 1947. He returned to Spokane and in 1948 he was united in marriage to Marilyn Zachow, they later divorced. He worked for a Packing Plant in Spokane and moved up the company to become a cattle buyer working out of Tacoma. In the late 1950's he moved to Montana and went to work for Pierce Packing as a cattle buyer. In the late 1970's when Pierce discontinued the cattle buying, he went out as an independent cattle buyer, buying for several packing plants. On May 30, 1990 he was united in marriage to Miriam G. Hischier in Red Lodge, MT. He retired in the early 1990's and they later lived in Harlowton. She preceded him in death in 2017 and he continued to live in Harlowton entering the nursing home in Dec. 2019.

In addition to his wife he was preceded in death by his parents.

No Services will be held at this time for Jack Simpson, cremation has taken place at his request. The Perkins Funeral Home is assisting the family.

Friends are asked to make memorials to the charity of their choice and they may be left with the Perkins Funeral Home, PO Box 313 Harlowton, MT 59036. Condolences for the family may be posted on-line at www.perkinsfuneralandcremation.com.

To plant trees in memory, please visit our Sympathy Store.
Published by Billings Gazette on Nov. 18, 2020.
MEMORIAL EVENTS
No memorial events are currently scheduled.
To offer your sympathy during this difficult time, you can now have memorial trees planted in a National Forest in memory of your loved one.
Funeral services provided by:
Perkins Funeral Home - Harlowton
GUEST BOOK
1 Entry
Uncle Jack was a kind soul and I will miss him and Ant Miriam a lot <3
Jake Morrow
November 19, 2020