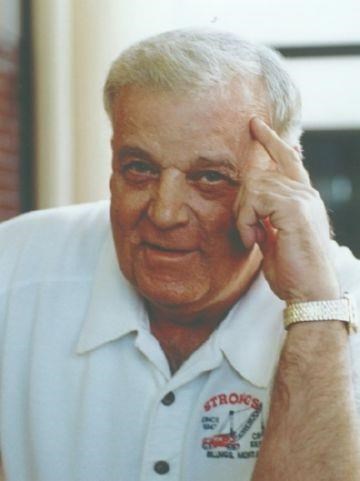 After several family moves with custom farming, Jim attended Belfry High School and Billings Senior High. After high school Jim joined the Navy where he spent five years and served at N.A.S. Guam. After the Navy he returned to Billings where he met his wife of 58 years, Dorothy (Whitmus). Upon his return Jim worked at Midland Material with Uncle Hank and Miracle Gas, where he was in the January propane explosion of 1963. After recovery Jim landed a job with Strongs Crane Service where he was always proud and made sure everyone knew that he worked for three generations of family ownership; Don Strong, Dick Strong, and Doug Strong. In his 37 years at Strongs he became an accomplished crane operator and well respected in the profession. In a ride across town with Dad he always had to point out the buildings they did crane work on. It was either we helped hang the iron, set the air conditioning units on the top; he always had a story about how he and his co-workers at Strongs had a hand in building the buildings with their crane work. He loved cranes and Strongs Crane Service.

Jim enjoyed boating, camping, and fishing, and he also enjoyed target shooting with his friends Jim and Jeremy.

You could always find Jim doing yard work on his John Deere tractor, and whether it was taking care of the Little League fields or doing his yard, he was never satisfied until everything looked just right and it showed.

Dad, thank you for being a family provider, a great husband, and a great dad.

Jim is preceded in death by his parents and daughter Darcy Mill.

Thank you to the Billings Clinic doctors and the support staff, Bella Terra, The Rehabilitation Hospital of Montana, and Kathy with Hospice.

Per Jim's request there will be no funeral or memorial services.

Memorials may be made to the Billings Clinic Foundation.

To plant trees in memory, please visit our Sympathy Store.
Published by Billings Gazette on Jul. 18, 2021.
MEMORIAL EVENTS
No memorial events are currently scheduled.
To offer your sympathy during this difficult time, you can now have memorial trees planted in a National Forest in memory of your loved one.
Funeral services provided by:
Smith Funeral Chapels - Downtown
MAKE A DONATION
MEMORIES & CONDOLENCES
Sponsored by Smith Funeral Chapels - Downtown Downtown.
4 Entries
I am so sorry to fear of Jim´s passing. He was one of my very very favorite cousins even though we have been out of touch for years. He didn´t want me to see him after he was injured in that explosion. My deepest sympathies.
Ruth Flagler Mata
Family
July 21, 2021
So sorry for your loss I always liked Jim he was such a nice man and seemed to love life Truly a man to look up to'
Randy Crable
Other
July 20, 2021
Growing up with the Mill family as a neighbor was one of the best things that could happen to a young man like me! Jim was always there to support us in all are actives weather it was playing home run derby over your house or playing a basketball game in your driveway. Jim will always be remembered in everybody´s heart that he touched!!
John Giesick
Friend
July 19, 2021
Dorothy and family, sending my heartfelt sympathies on your loss. There are no words to take away the pain of your loss. I hope it helps to know I am thinking of you at this difficult time. Cherish the great memories you´ve made along the journey together. Velda Southworth
Velda Southworth
Other
July 19, 2021
Showing 1 - 4 of 4 results