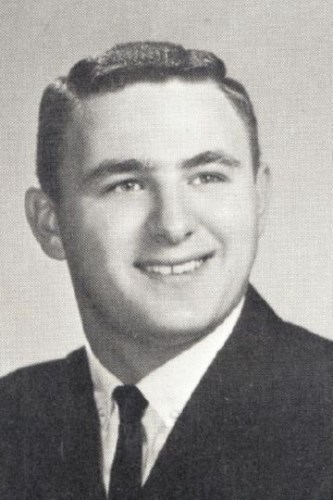 John Richard Daubert, 74, of Billings, passed away on Dec. 8, 2020. He was born in Billings on June 12, 1946, to Mary (Brown) Daubert and John Daubert. John grew up on South 34th Street and worked in his parents' grocery store. He attended Little Flower Catholic School and graduated from Billings Central High School in 1964. As a young boy, John enjoyed the time he spent fishing and camping with his cousins at Martinsdale Reservoir, Deadman's Basin and Cooney Dam. He loved Chevy cars, and his favorite was his 1954 Chevy because you had to bounce on the back seat to get the radio to play.

After high school, John served in the Navy and later graduated from Billings Business College. He was in electrical wholesale for 54 years, retiring in 2017.

John enjoyed camping, fishing, gardening, golfing and bowling throughout his life. He was an avid reader in retirement, and never left a crossword undone. John was a Chicago Bears and Pittsburgh Steelers fan. He enjoyed coaching Little League Baseball with Mac Souza. But most of all, he loved the time spent watching his grandkids' sporting events, never missing one. He is well-known for his shower rendition of 'Please Release Me.' John was a member of the Fraternal Order of Eagles and the Knights of Columbus.

A highlight of John and Beverly's marriage was celebrating their 50th anniversary with a trip to Memphis for Elvis Week.

John lived life on his own terms and remained strong in his Catholic faith throughout life.

John is survived by his wife of 53 years, his children and grandchildren. He was preceded in death by his parents and sibling, Donna Riggs (Thomas). His extended family includes the Brown family, the Wolffs and the Shermans.

We will be celebrating John's life with a funeral mass at 11 a.m. Tuesday, Dec. 15, at St. Bernard's Parish. The Knights of Columbus will be reciting the rosary before mass at 10:30 a.m.

In lieu of flowers, the family requests donations be made to the St. Bernard's Catholic Church general fund or St. Vincent DePaul. 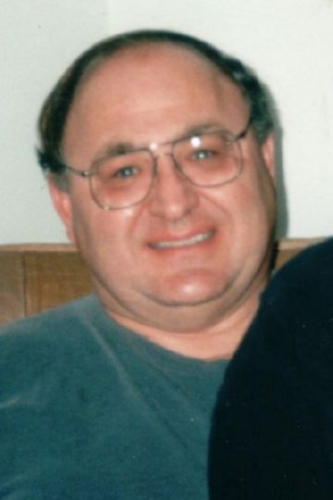 To plant trees in memory, please visit our Sympathy Store.
Published by Billings Gazette on Dec. 13, 2020.
MEMORIAL EVENTS
Dec
15
Rosary
10:30a.m.
St. Bernard's Parish
Dec
15
Funeral Mass
11:00a.m.
St. Bernard's Parish
Funeral services provided by:
Michelotti Sawyers Mortuary & Crematory
GUEST BOOK
10 Entries
Bev, Just found out your wonderful husband passed. This is such a crazy world now days. You and your family are in my prayers. Blessings.
Bea Rice
January 4, 2021
Dear Bev, So very sorry to hear of John's death. I have such fond memories of all us kids hanging out together. Love to you and your family. Peggy
Peggy Clements (Kysar)
December 18, 2020
So very sorry to see of Scott's Dad passing.....Hugs and Prayers to all of you.....
Kathryn Lawrence
December 15, 2020
I´m so sorry to hear the passing of John. So many fond memories of John & bev growing up on the south side. John´s dads store was a frequent stop after school. Thoughts & prayers to the family during this difficult time
Jerry Schenk
December 14, 2020
We are so very sorry for your loss. John was such a kind man.
Kim Lueck Goldade
December 14, 2020
So sorry for your loss
Diane Brown Ostermiller
December 14, 2020
Our condolences to the Daubert and extended families. I worked alongside Scott Daubert for many years. They raised a great son. Our thoughts and prayers are with you Scott and your family. May your dad Rest In Peace and God bless.
Pat and Sharon White
December 14, 2020
SORRY TO HEAR THIS BUT JOHNNY LIVED LIFE WELL...I LIVED ON 34TH, AND WE PLAYED AS KIDS...HIS DAD WOULD TAKE US FISHING...GOD BLESS HIM AND HIS FAMILY AND GOD SPEED...
DENNIS HOFFERBER
December 13, 2020
I am with you in spirit Bev. I love you and am sorry for your loss. I will continue to. Pray for you and your family. Love you.
Terrie Diede
December 13, 2020
We are so sorry for your loss.
Martinz Family: Vern, Sharon, Shaun Lance & Eve
December 13, 2020