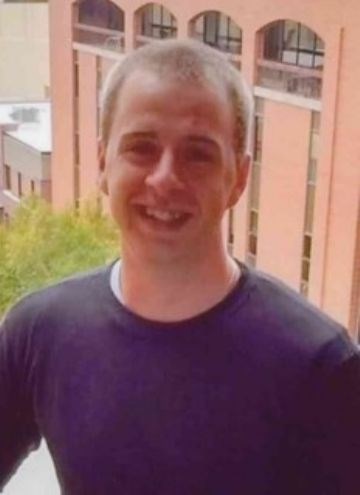 Kenny William French, age 32, of Billings, passed away on Feb. 17, 2021 after being hospitalized following unexpected cardiac arrest on Feb. 7, 2021.

Kenny was born Jan. 3, 1989 to Debby and Robert French in Sheridan, Wyoming. The family moved to Mansfield, Ohio where he was raised and attended schools. He trained and was certified as an HVAC technician and worked in Ohio, Wyoming, and was currently employed by ProTech Mechanical in Billings.

Kenny married Allison Forney on August 7, 2013 in Billings and later moved to Sheridan and Mansfield, Ohio before returning to Montana. He was a caring father to his children, Kennedy, Kolson, and Korbin. Kenny was known for his kind and generous heart and willingness to help out a friend or someone in need. He will be greatly missed by everyone that knew and loved him.

He was preceded in death by his grandfather, Max French.

Kenny was proud to be an organ donor with Life Center Northwest in Seattle, and Sightlife.

Viewing at Dahl Funeral Chapel,10 Yellowstone Avenue, Billings. Tuesday Feb. 23, 2021 from 9 a.m. to 5p.m. Cremation will follow, and services will take place at a later time.

Our family is deeply grateful to the kind and caring staff at St Vincent's Hospital. We would like to thank everyone who has reached out to offer sympathy and condolences, including a special thank you to Justin and Tonya Hamilton for their help and support during this time.

To plant trees in memory, please visit our Sympathy Store.
Published by Billings Gazette on Feb. 19, 2021.
MEMORIAL EVENTS
Feb
23
Viewing
9:00a.m. - 5:00p.m.
Dahl Funeral Chapels
10 Yellowstone Avenue, Billings, MT 59101
Funeral services provided by:
Dahl Funeral Chapels
GUEST BOOK
7 Entries
RIP my friend!
Warren shields
Friend
February 23, 2021
My son is part of the family so I grew to know them like family. My deepest sympathy to the family. Little Kenny you have your wings so soar high with the Angels . Ty
Tyauna Robertson
Friend
February 23, 2021
Kenny was friends with my son Michael Roe since school. I will always remember his smile he always had, the hugs he would give me and called me mom and those beautiful blue eyes. This was a shock and I am truly sorry to hear this and send Prayers to Kenny's family. We sure will miss him
Angie
Friend
February 23, 2021
Our hearts go out to the French family. His children, parents and wife will miss him and think often of the good times.
Patrick & Linda Hill
February 20, 2021
To my friend and brother in life. Im gonna miss you bro I was re reading all our messages over the years last night and just in shock. Your a real one . Rest In Paradise love you brother
shae james
February 19, 2021
Will deeply miss you grandson. Rest In Peace. I have always loved you. Grandma Bev
Beverly Sanders
February 19, 2021
Rest In Peace my friend we will miss you so much. You were a great person. The heavens and the angels are lucky to have an angel like you
Dennis and Vickie Robertson
February 19, 2021