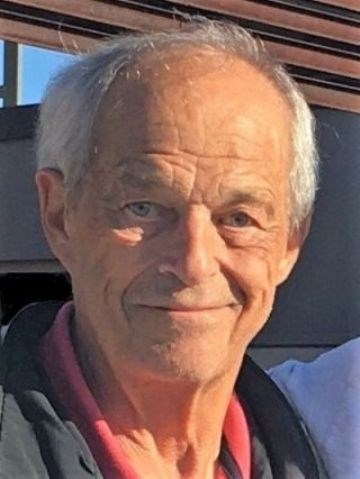 LaMonte Wagner, 82, passed away Nov. 6 from heart issues. He was born to Dorothy and Wayne Wagner on August 21, 1938 in Billings, MT. He was raised by his mother and stepfather, Ed Sauther, and lived most of his life in Billings, except when the family lived in Kalispell where he graduated from Flathead High School. He attended Eastern Montana College. In 1965, he married Bonnie Fritz and they had a son, Jack. They later divorced and he had a lifelong friend and companion, Lonnye Weidler.

While living in Kalispell, at Big Mountain LaMonte started his lifelong love of skiing. He was an excellent Black Diamond skier, triumphantly conquering every ski resort in Montana, including summer skiing at the challenging Beartooth Pass and skiing into his late 70's. His favorite spots were Big Mountain, Big Sky and Red Lodge. LaMonte was always active and not sitting down for long. He was an extremely hard worker and enjoyed sales careers helping customers at AMF Bowling Supplies, Farmers State Bank, and then opening and operating his own business of Hatch's Hallmark gift stores.

LaMonte will remembered for his generosity and helping others. He was always there to lend a hand, drop everything, and 'give the 'shirt off his back' to help friends and family. Conversely, he would never ask for help. He dedicated tremendous time to help his Grandmother, Molly Ditzler until she died. He was a blessing to his family and friends.

LaMonte had a special bond with his son, Jack, and although they lived miles apart, kept in close contact. He was a great brother to David, and they enjoyed countless outdoor activities and adventures. His younger sisters, Diana and Debbie Sauther, remember him as the big brother they could always lean on for help and his kind gentle spirit. His niece, Katie, and nephew, Kris, remember him for his kindness, love of joking around, and memorable Christmas celebrations with LaMonte and Lonnye. He also served as a fatherly mentor to Lonnye's son, Todd, and grandson, Samuel. He was proud of his family, enjoying attending their youth sporting events, and hearing stories of their adventures and successes. LaMonte grew in his faith with God, and we know he is in heaven catching up with his Mom and numerous good friends and family he lost through the years.

LaMonte is survived by his son, Jack Wagner (AZ); brother, David Wagner (WA); sisters, Diana Baxter and Debbie Singer (Dan) (MT); four nieces and nephews, Katie Gosline (Alex) (OR), Kristopher Singer (MT), Michael Wagner (Jane) (MT) and Valarie Wagner (MT). He is survived by his extended Sauther family and numerous cousins. He was preceded in death by his mother, Dorothy; father, Wayne; stepfather, Ed Sauther, and grandparents. A memorial service will be scheduled next summer. Additional info and condolences can be shared at www.cfgbillings.com.

To plant trees in memory, please visit our Sympathy Store.
Published by Billings Gazette on Nov. 12, 2020.
MEMORIAL EVENTS
No memorial events are currently scheduled.
To offer your sympathy during this difficult time, you can now have memorial trees planted in a National Forest in memory of your loved one.
GUEST BOOK
0 Entries
Be the first to post a memory or condolences.