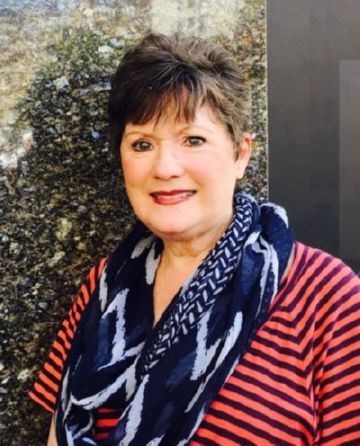 After a hard-fought battle with Parkinson's and a stroke, Linda Durham Hendrix passed away on Nov. 8, 2020 in her home at the age of 80. She leaves behind her beloved husband Joel T. Hendrix. They enjoyed 63 years of marriage and raised two daughters, Shannon Young and Pam Bigham; Shannon's family Chris Young and their sons Forrest, Grayson and Hunter; and Pam's daughter Laura and her sons, Joel and Charlie.

Linda was born on August 13, 1940 in Greenville, S.C. to father William Frank Durham and mother Marguarite Bailey, who preceded her in death. She grew up in a loving Christian family with two brothers and a sister. She married Joel on August 10, 1958 and they lived in Greenville, S.C. until 2000 when they became full time campground hosts and lived year-round in their motor coach. They did this until they settled in St. George, Utah for several years and then relocated to Billings Montana.

Linda and Joel had a lifestyle that was full of marathons, 15 of them, which included the Boston Marathon, New York Marathon, London Marathon, Chicago and Washington, to name a few. Linda was always eager to join the group when biking across the state on the bicycle trips. She kept herself physically fit and enjoyed being a vegetarian for over 25 years. Her hobbies included maintaining or creating the banners for the Toby Keith fan club. She was a huge Toby Keith follower and would be on her PowerPoint creating things constantly. She ended her work career as a graphic designer with Henderson Advertising, where she worked in Greenville S.C. She loved that part of her life and so enjoyed creating the ads for the agency.

Linda is survived by her husband and two daughters and son-in-law, Chris Young, and six grandchildren, two great grandchildren, as well as her brother Tommy Durham.

The family will have services for Linda in the spring of 2021. The services will be held at Trinity Baptist Church, Billings MT. The family would like to thank Right at Home, home health care service, for the help with Linda during our challenging time

To plant trees in memory, please visit our Sympathy Store.
Published by Billings Gazette on Nov. 15, 2020.
MEMORIAL EVENTS
No memorial events are currently scheduled.
To offer your sympathy during this difficult time, you can now have memorial trees planted in a National Forest in memory of your loved one.
GUEST BOOK
4 Entries
I am so sorry to hear about Linda. I was a lucky warrior who had the opportunity to receive her beautiful Toby banners and chat once in a while. She was a very sweet lady!
Katrina Batson
November 20, 2020
My condloences to Joel& the Family, Linda& I had a lot of good laughs& good talks, I was thankful to be her loving Care Giver.
Kellie Wilson
November 16, 2020
My prayers and condolences are with Joel and the rest of the family. May God walk with you as you move through your grief.
Lori Goodlander
November 15, 2020
Joel and Linda were the best neighbors ever. Their love for each other clearly obvious. Linda looked absolutely gorgeous all the time, and her cute southern accent only added to her beauty. We remember her love of Toby Keith and Tom giving her a hard time for adoring Toby and Linda fighting to the end for "her" Toby. Thanks for the wonderful memories. Prayers Love and hugs to Joel and the family. You are all in our thoughts. Tom and Sally
Tom and Sally Crawford
November 15, 2020