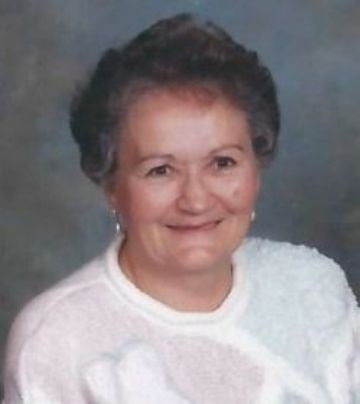 Mary L. Quest, one of the oldest residents of Treasure County at 97 years passed away peacefully in her sleep July 14th at the Rosebud County Nursing Home in Forsyth, Montana.

Mary was born Sept. 4, 1923 in Custer Montana the oldest and last surviving of the eight children born to Julius and Augusta Sabe. She went to grade school at the Anida school in Fly Creek and later graduated from the Custer High School. After graduation, she attended the Billings Business College.

Mary's husband, Glenn joined the U.S. Army Air Corps on March 10, 1944. He went through basic training at Sheppard Field Wichita Falls, Texas. He was then sent to Scott Field, Illinois for radio operator school. Mary, Glenn's high school sweetheart, traveled by greyhound to Illinois and they were married on October 28, 1944 at the chapel at Scott Field. Glenn was discharged from the Army December 1, 1945 and he and Mary returned to the family ranch in the Sorrel Horse Valley along the Big Horn River in time for Christmas.

Glenn and Mary and their family of four moved to Hysham in 1953 and remained there the rest of their lives.

Mary was active in the Hysham community as a member of Altar Society, Garden Club, Pinocle Club, Sweet Adelines and as a 4-H Leader. She served as the Treasure County Treasurer and later retired from the Mid-Yellowstone Electric Company after 17 years.

Her son Mike writes of his mother:

Our mother was a fiercely, loyal individual. Her unwavering faith in God, family, friends and a good cup of coffee carried her over many a stormy sea. She always placed the needs of her children, grandchildren and husband over her own. She loved to hear her daughters and grandchildren play music and sing. She loved beautiful things - her flowers, especially her roses, her garden and birds that came to live in the many birdhouses in her yard. She was a classic Montana woman who feared neither mud nor blood. She could cut off the heads of chickens as easily as picking wild chokecherries alongside the Sorrel Horse Road.

Our mother loved to camp and fish. She could catch fish when everyone else caught moss. We ate blackened trout or sushi every Friday for years. Long before it became popular. No brush pile was ever thick enough to hide a deer from her prying eyes. She spent every fall canning vegetables and cutting up venison.

Neither I, nor my three sisters ever played a sport that she was not there cheering us on. Our mother worked many jobs helping support the family. She was a strong believer in education sending all of us to college and was proud of any accomplishments we achieved. She was a perky little woman with a pioneer spirit who believed the right way was the only way. She never wavered in what she believed. She was what she was - 'a proud stubborn little woman who gave everything she had and asked for very little in return.'

She is survived by her three children: Suzann Quale (Cliff) of Missoula; Coleen Magera (Richard) of Helena, and Michael Quest (Cory Johnson) of Plains.

She will be missed by her large extended family and friends.

On behalf of both Mary and Glenn Quest, her family would like to thank Denise Hedges for the loving care she gave them prior to their deaths.

Furthermore, the family would like to thank the staff of the Rosebud County Nursing Home for the love and care they gave Mary prior to her death especially during the past year with the COVID 19 visitation restrictions. Without their concerned efforts to connect the residents with their loved ones, the extended time would have been much more difficult.

Mary's funeral Mass will be held July 23, 2021 at 11:00 a.m. at the St. Joseph Catholic Church in Hysham, Montana with a luncheon to follow. Commitment will follow the Mass at 2:00 p.m. at the Custer Cemetery.

Donation may be made to the Treasure County Museum or St. Jospehs Catholic Church.

To plant trees in memory, please visit our Sympathy Store.
Published by Billings Gazette on Jul. 21, 2021.
MEMORIAL EVENTS
Jul
22
Vigil
7:00p.m.
St Joseph Catholic Church
, Hysham, MT
Jul
23
Funeral Mass
11:00a.m.
St. Joseph Catholic Church
, Hysham, MT
Jul
23
Committal
2:00p.m.
Custer Cemetery
, MT
Funeral services provided by:
Bullis Mortuary
MAKE A DONATION
MEMORIES & CONDOLENCES
Sponsored by Bullis Mortuary.
3 Entries
Our thoughts and prayers are with you all in the loss of your mother.
Rick & Karen Mouat
July 23, 2021
Mary's obituary brought back so many loving memories of the Quests and of Hysham. We had some good times! Mary and her wonderful family will stay in my prayers. Bless you, Love , Barbara Bauer Kiernan
Barbara Bauer Kiernan
July 22, 2021
Sad to read about your mom! She was always so nice to me! Always liked Mrs Quest! You r in my thoughts and prays! Xxxooo
Lulu Belle Schield
July 21, 2021
Showing 1 - 3 of 3 results