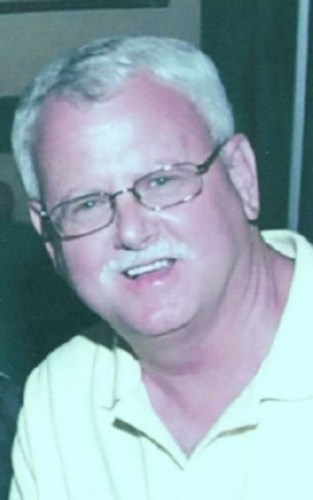 Ray was born on Dec. 15, 1948 and was the son of Eldon and Christine (Jesfield) Mengel. He grew up in Baker, MT and graduated from Baker High School in 1966. Following high school, he attended Eastern Montana College in Billings, later finishing at Dawson Community College where he then graduated.

Ray married Deb Talkington on Sept. 21, 1969 in Belle Fourche, SD. To this union two children were born, Troy and Chandra. Together they raised their family in Glendive, MT. Ray began working for the Montana Department of Transportation as a surveyor and fieldman. Later on in his career he became the District Administrator for Eastern Montana. One of Ray's goals was to pave Highway 323 from Ekalaka to Alzada. In 2011 Ray retired and he and Deb continued to live in Glendive until 2019. They then moved to Rapid, SD to be closer to their children.

Ray was a sports enthusiast, especially basketball and football. His love for Eastern Montana sports had him traveling to various towns to watch games and attend district and state tournaments. Ray and Deb enjoyed traveling during their retirement. They attended Christ Church in Rapid City, SD.

He is preceded in death by his parents Eldon and Christine Mengel.

In lieu of flowers donations can be made to the Carter County Cemetery.

Condolences and memories can be shared with the family at stevensonfuneralhome.com.

To plant trees in memory, please visit our Sympathy Store.
Published by Billings Gazette on May 12, 2021.
MEMORIAL EVENTS
May
12
Service
1:00p.m.
Stevenson Funeral Home-Ekalaka
512 Barrow Street, Ekalaka, Montana 59324
Funeral services provided by:
Stevenson Funeral Homes Inc
MEMORIES & CONDOLENCES
Sponsored by Stevenson Funeral Homes Inc.
4 Entries
To Ray´s family, I am sorry for your loss. It has been many years but maybe Irene and Joan remember me, Brenda Olson, your neighbor and friend in Baker. We had some great childhood fun together. Sending my condolences on the loss of Ray.
Brenda (Olson) Smith
May 14, 2021
Deb - I worked with Ray for several years in Glendive and I really appreciated his mentorship and friendship. He was probably one of the hardest working people i have ever been around. He was 1 day younger than i was and rarely let me forget it. I miss him and my sympathy to you for your loss. Mick
Mick Johnson
May 12, 2021
Jackie and I send our sympathy and love to Deb and family and pray that the Lord's presence will be very near at this difficult time.
Rod & Jackie Senner
May 11, 2021
My condolences to Ray´s wife and his children as well as Irene and JoAnn.
Jeff Madler
May 10, 2021