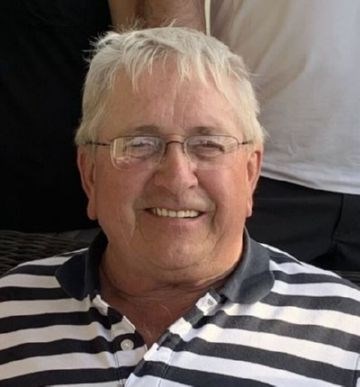 Richard "Rick" Hobbs, 73, passed away peacefully on Sept. 18, after a short battle with lung cancer.

Rick was born in Miles City to Edwin "Bruce" and Mildred Hobbs. After high school graduation, he joined the U.S. Army. Rick served honorably and courageously during his time in the Army and was a decorated combat veteran of the Vietnam war. While serving on active duty, he married Mary Ann Grutkowski, and together they had two children, Christie and Matt. Following his service in the Army, he graduated from Eastern Washington and worked as a CPA until his retirement. In 1993, Rick married Kathy Braley.

Rick was an avid golfer and a member at Pryor Creek Golf Club. He golfed every Wednesday on the Senior League, Saturday mornings with his usual four-some, and any other time he had the chance. Rick also loved the Miami Dolphins and you could find him most Sundays at the Stadium Club cheering them on.

Rick is survived by his wife, Kathy Hobbs; his children, Christie (Todd) Jourdan and Matt (Tiffany) Hobbs; stepsons, Jay (Tamara) and Josh Braley; grandchildren, Xander Jourdan and Ryen, Easton, and Charli Hobbs; step-grandchildren, Tsis and Melissa Allen; and his sister, Linda Farrell. There will be no funeral or memorial service. At Rick's request, his ashes will be scattered in the Yellowstone River to make their way back to Miles City.

Rick loved an ice-cold Coke, Coors Lights, and made a mean Long Island iced tea. Those who remember him are asked to raise a glass of their favorite drink in his memory.

Published by Billings Gazette on Sep. 23, 2021.
To plant trees in memory, please visit the Sympathy Store.
MEMORIAL EVENTS
To offer your sympathy during this difficult time, you can now have memorial trees planted in a National Forest in memory of your loved one.
MAKE A DONATION
MEMORIES & CONDOLENCES
1 Entry
Our deepest sympathy on your loss. We have done business with Rick over 30 years and be greatly missed.
Len & Vera Kadrmas
September 23, 2021
Showing 1 - 1 of 1 results