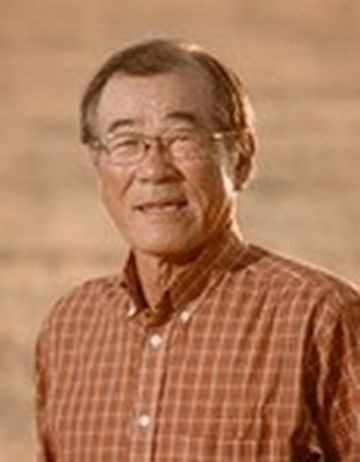 Robert was the seventh of Tom and Emmy Koyama's eight children. A star athlete and class leader throughout his high school years, Robert remained engaged in Hardin High School sports as a Montana state wrestling referee, and a Hardin Bulldog wrestling coach for many years. He and his life partner, Nadine Hanks Koyama, could be found in the stands at sporting events supporting their four children at basketball, wrestling, football, volleyball, tennis and cheerleading events. Robert's involvement continued through the generations as his grandchildren, great grandchildren and numerous nieces and nephews also engaged in local sports.

Robert was active in 4-H and FFA, showing champion Suffolk sheep around the state. He was a Boy's State delegate and elected officer, as well as a Montana Class A wrestling champion and went on to wrestle for Montana State University-Bozeman before returning to the family farm. He served in the US Army Reserves after graduating from high school. In the 1990s Robert was elected and served as a Big Horn County Commissioner. After the death of his father and brother Tom, Robert became the head and heart of Koyama Farms.

Robert was a beloved husband, son, brother, father, grandfather and great-grandfather. He loved good food, good whiskey, good conversation. He could be found with a grandkid on his lap and a cigar gripped between his teeth. He enjoyed traveling and finding a good place to eat. He lived life to the fullest and was one of those men that others gravitated to. He always tried to do the right thing but could tease and joke with a twinkle in his eye. He was his family's loudest and best cheerleader.

Robert Koyama, lifelong Hardin, Montana resident will be sorely missed by his family, friends, and community.

Bullis Mortuary has been entrusted with the funeral arrangements.

To plant trees in memory, please visit our Sympathy Store.
Published by Billings Gazette on May 12, 2021.
MEMORIAL EVENTS
May
17
Memorial service
4:30p.m.
Hardin Middle School Auditorium
Funeral services provided by:
Bullis Mortuary
MEMORIES & CONDOLENCES
Sponsored by Bullis Mortuary.
20 Entries
My deepest heart felt condolences to Sherry and all the family. Robert was an awesome friend and example to me in high school and a role model and friend to all how have had the honor to know him. My prayers are with you
Nikolina (Niki Harden) Hansen
Friend
May 27, 2021
The Kawamoto family was so saddened to hear about Robert´s untimely death. Robert and his brothers and sisters were our childhood friends and we have many happy memories of the "fun times" we had together as children! Our condolences to the Koyama family and the town of Hardin. Moving away from Hardin we lost close contact with Robert and his family but from reading all the heartfelt comments from his friends it is apparent that Robert´s contributions to his family and the community were infinite and appreciated by all. Rest In Peace Robert.
Mary Kawamoto Anderson
May 18, 2021
So sorry for the loss of this great man. Without Robert and Nadine Chase would never have made it on that trip to Japan. He was his "dad". Not to mention the special place he and Nadine hold in hearts of Heather and Andrea. Sure will miss his smile.
Sally Alexander
May 17, 2021
Robert was a hell of an exeplemtary guy. One that you would always want on your team. Wrestlers never die, they just get taken down. My prayers are with the Koyama family.
Monty B. Haselhuhn
May 16, 2021
Hard to imagine this world without Robert. He was my best friend until we moved away from Hardin. We stayed connected through football and wrestling-Robert was the toughest opponent I ever had on the mat. His leadership and dedication to his family and community are beyond description. I will miss you my friend. Prayers for the family.
Tom Kitts
May 15, 2021
Saddened by the loss of a childhood friend. Though I live in Colorado my family and the Koyamas shared a special friend. Prayers lifted for His comfort and strength for the Robert's family. Fondly, Bette Lou
Bette Lou Nagashima Jimenez
May 14, 2021
My sincerest condolences to you Nadine and all of your family. Robert will be greatly missed. My thoughts and prayers are with you.
Reva (Bowler) Rose
May 14, 2021
I was paired several times with Robert at wrestling practice and that was always the toughest match I would have meet or practice. He was a gentleman, I wish to send my condolances to his family. Robert will be missed by Hardin community
Tim Hurley
May 14, 2021
Sorry to hear about Robert. We went to high school together and I worked with him at Koyama Farms. Thoughts and prayers to the Koyama family. Paul Manuel Fairbanks, Alaska
Paul Manuel
May 13, 2021
My sincerest and deepest condolence to all of Robert´s family. Having grown up with Robert and his brothers and sisters we collectively shared so many memorable times together. After leaving Montana, we still had those and new memories that Robert kept alive. The untimely loss of Robert weighs heavily on our hearts and I wish you comfort and support as you heal. You remain in my prayers. A friend. Virginia Kazuko Miotoyama
Virginia (Nagashima) Motoyama
May 13, 2021
So very saddened to hear of Robert's passing. Growing up around the Koyama family is and will always be some of my cherished childhood memories. You are all in my thoughts and prayers.
Marilyn Braaton Umstead
May 13, 2021
I am so sorry for your loss. Robert was one of a kind. Too bad this world was not made of more like him. He was a model person that everyone could look up to. I will keep Robert and your family in my prayers.
Dave Oswald
May 13, 2021
Sending condolences to the Koyama family. Robert was an amazing athlete & coach. He will be truly missed by all that knew him.
Julie Freeman
May 13, 2021
So sorry for your loss, prayers to your family
Susie (Buechler) Kinghorn
May 12, 2021
Dear Koyama family, I will grieve with you for the loss of Robert. My thoughts and prayers are with you.
Virginia Birkland Houser
May 12, 2021
What a wonderful man Bob was. He is leaving a legacy for all, especially young people, that is as admirable as I have seen in high school activities. I´m really happy I got to meet and know him...with all due respect to the Koyama family, Jim Haugen, Helena
Jim Haugen
May 12, 2021
i played against him on the football field and i saw him on the wrestling mat and i'm telling you he was an amazing athlete. nothing short of amazing. regrettably i never had the opportunity to meet him
bob
May 12, 2021
I am so sorry to hear of Robert's passing. I wish you peace and comfort in your memories.
Susan Kern
May 12, 2021
We are so very sorry. Robert was definitely ONE-OF-A-KIND! All thru school and on into his adult life. A treasure for Hardin and the county. One day we'll have another reunion in heaven. Our deepest sympathies to each of his loved ones.
Pat-Sandi Breckenridge
May 12, 2021
Robert was a good friend, I will always cherish the times we had in High School growing up together. Very glad we got to chat at the reunion, untill we meet again my friend..... RIP Robert.
Larry & Cindy Koch
May 12, 2021