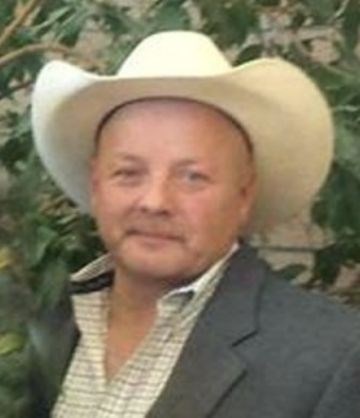 Thomas Edward 'Eddie' White passed away on March 17, 2021 in Billings. Eddie was born on July 25, 1965 to Thomas White and Jean French in Sheridan, WY. Eddie attended school in Sheridan, WY and started driving truck at a very young age (he was 8 years old when he took his first load from Sheridan to Hysham in a '48 KW Conventional). His love of trucking, meeting new friends and telling stories took him all over the United States. Eddie never met a stranger and regardless of where he was, he always 'knew' someone in the area and the best place to eat. Eddie was employed by many trucking companies and owned several of his own companies throughout his career. His last load was out of Diversified Transfer and Storage in Billings.

Eddie married Melodee Schrater in Nov. of 1990 and they shared many adventures together along with Melodee's son Hayden Hamilton who Eddie loved as his own. Though they later divorced, Eddie and Melodee remained good friends until his passing. In 2012 Eddie was blessed to connect with his biological son Ben White who became his best friend and brought with him Eddie's first grandson, Luke. In 2016 his second grandson Solomon was born to Hayden.

Eddie loved kids and whether they were nieces, nephews, grandchildren or children of friends, Eddie had a special place in his heart for all of them. He was a great teacher, co-conspirator and friend. He loved taking them with him on trucking trips and could always be heard patiently teaching them about the trucks, the loads or the areas they were in. Every niece or nephew that traveled with him was tasked with learning the capitals of all 50 states.

Services will be held at Kane Funeral Home in Sheridan, WY on April 10th at 2 pm with a reception following. A celebration of life will be held in Billings, MT early this summer.

In lieu of flowers, donations can be made to Cancer Research, Montana Trucking Association or your local animal shelter.

Online condolences may be written at www.kanefuneral.com

Kane Funeral Home has been entrusted with arrangements.