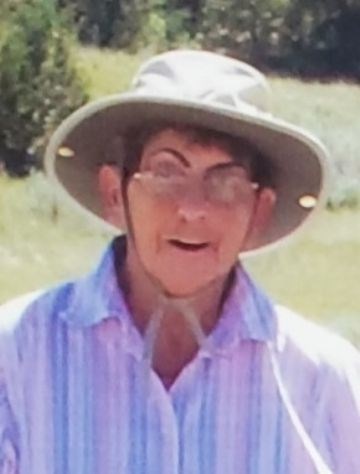 Verda Moos was born Verda Gregory on June 4, 1925 to Vesta and Guy Gregory. She grew up in Washington State about 15 miles from the Canadian Border and was very proud of her ranch life. She often talked about having to walk four miles through the forest to and from school. Sometimes she heard the night screams of a cougar which she said was 'enough to scare the peewaddin out of anyone!' She worked summers as a fire lookout and played semipro basketball in Spokane.

Verda married Earl Moos in 1951 and they moved to Billings where they had four children and made their forever home. She loved to garden and work in her yard, but she was happiest when she was out in the hills hunting for arrowheads.

Verda passed away peacefully on Feb 4. She was 95 years old. She is survived by Earl, her husband of 69 years, children Beverly Gerbase (John), Connie Brock, Diana Moos, and Greg Moos (Lacey), four grandchildren, and one great grandchild.

Special heartfelt thanks to the hospice staff and volunteers who took such good care of Verda these many months. Graveside services planned for Feb 18th at 1 p.m. at Yellowstone National Cemetery in Laurel.