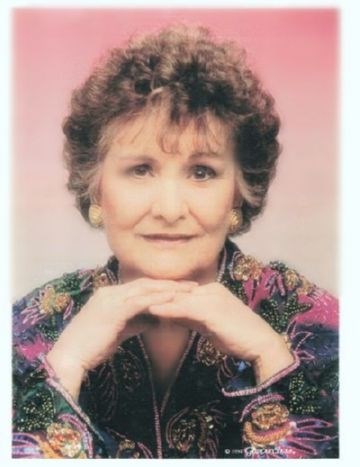 Virginia was born into the family of James and Bessie (Wyatt) McPherren on Oct. 30, 1932, in Guthrie, OK. During her childhood she lived in OK, CA and UT. While in Utah she met and married the love of her life. On Oct. 25, 1947 she married Aaron David Locke in Salt Lake City. After their wedding they lived in several different states as Aaron was in the Army Reserve. They finally settled in Wheatland, WY and raised their five children. After their children had married or left home, they moved to Littleton, CO. While there, Virginia worked at three or four different businesses as an Administrative Assistant. She retired June 1, 2018 at the age of 85. In July 2019 she moved to Shepherd, Montana to reside with her daughter.

Virginia was preceded in death by her husband Aaron David Locke, two of her daughters, Pamela Jean Wheeler and Patsy June Richardson, her parents James and Bessie McPherren, her two brothers and two sisters, and numerous uncles, nephews, nieces and other family members. She is survived by her daughter Paula Joan (Dan) Weschenfelder of Shepherd; son David Owen Locke of Highland Ranch, CO; son Anthony Darwin (Jayme) Locke of Casper WY; many grand, great-grand, and great-great-grandchildren, numerous nieces, nephews, and other family members.

Memorial services will be held at 10 a.m. on Sept. 18, 2021 at Shepherd Bible Church, 5266 Chicago Road, Shepherd, MT. A graveside service will be held at Fort Logan Cemetery in Denver, CO on Sept. 28 at 9 a.m. All cards and donations may be sent in her name to PO Box 272, Shepherd, MT 59079, and all donations will be equally divided between Shepherd Bible Church Memorial Fund and Cole's Closet at Shepherd High School.