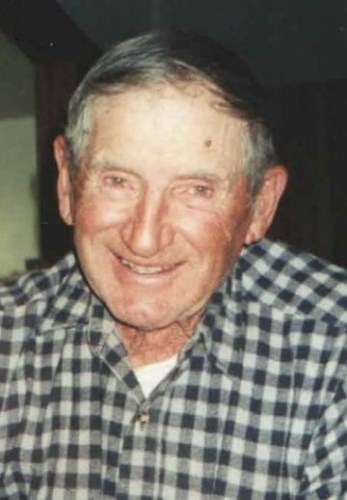 Walter Francis Rojic, age 94, of Sentinel Butte, North Dakota, died at home on his ranch on Jan. 8, 2021, mere hours after sipping his last glass of whiskey in front of a warm fire. Visitation will be from 1 p.m. until 5 p.m. with a Rosary Service beginning at 5 p.m. on Wednesday, Jan. 13, 2021 at the Silha Funeral Home in Beach, North Dakota. Mass of Christian Burial will be at 11 a.m. on Thursday, Jan. 14, 2021 at St. John's Catholic Church in Beach with Father Dan Berg officiating. Silha Funeral Home of Beach has been entrusted with the arrangements.

Walt was born in 1926, in a dirt-floored log cabin in the Bull Mountains north of Klein, Montana, to immigrant parents; Jacob, a coal miner, and Mary, who waited 15 years in Slovenia to follow while her husband-to-be built a life in America. As a small boy, Walt would wait at the entrance of the coal mine for his father to emerge, who, covered in coal dust, would pick him up and shower off the grime of labor. 'Don't ever be a coal miner,' Jacob would tell his young son, 'not unless you own the mine.' It was advice Walt took to heart, and the transition from wage labor to ownership would define his future.

Times were tough, and the arrival of the Dust Bowl years forced the young family to pack up and move to the Ruby Valley in Montana. 'There were kids, pigs, and chickens hanging off every side of that car when we left Klein,' he would recall, 'I remember my mother crying as she waved farewell to the neighbors.' The move proved to be a good one. His youth was spent fly-fishing, hunting for supper, and learning the value of hard work. A neighbor who had hired him to plow up a patch of sod said, 'You must be an honest boy, you plow a straight furrow.' He graduated high school in Sheridan, Montana, during a time when boys were leaving school to fight the Second World War. His father had other plans for him, however, and sent him to work for a friend south of Wibaux, Montana, where the family would eventually move, and where a life of work began to bear fruit. The opportunity to buy a ranch across the border in North Dakota soon arose, and the now sizable herd was driven 20 miles to a new spread north of Sentinel Butte.

In 1951, duty called and he was drafted into Uncle Sam's Army to serve in the Korean War. His time in the service was the longest he ever spent away from ranch life, and he would often reminisce that, 'Sometimes I wish I would have stayed in (the Army) and saw some more of the world.' But his life was that of a cowboy, and after his time in the Army, he returned to Sentinel Butte, where he would spend the rest of his life working and building up the ranch.

Like most young ranchers of his day, he rodeo'd, fought, and raised a little Cain as the seasons and customs allowed. To paraphrase a diary entry from those days, 'Me and this guy tangled, and neither of us could whip the other, and the girl left with another guy altogether!' In 1972 he married Avis Campbell and became a father in 1974 and 1977. He was a devoted father to his children, and sought to pass on the lessons he'd learned from a lifetime of raising cattle. 'Sometimes all them cows need is a good leavin' alone!' he would often say, believing simplicity was the best approach to all things in life.

Walt is preceded in death by his parents, one brother, one sister, and several good cowdogs.

Remembrances and condolences may be shared with the family at: www.silhafuneralhomes.com.