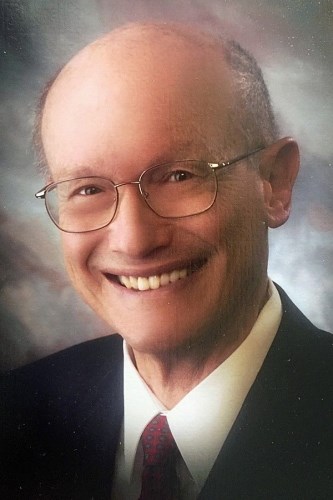 Dr. Warren Daniel Bowman Jr. M.D., a much-loved physician, ski patroller, mountaineer, outdoorsman and author, died on March 3, 2017. at his home in Billings. He was 87.

Warren was born on Jan. 4, 1930, in Richmond, Va., the first child of Dr. Warren D. and Olive Smith Bowman. He grew up in Washington, D.C., where his father was pastor of the Washington City Church of the Brethren. He graduated from Bridgewater College, Bridgewater, Va., in 1950, and received a medical degree from the University of Pennsylvania in 1954.

Warren had a lifelong love of the outdoors, and joined the Billings Clinic in 1960 in part because of the access to Montana's unique and beautiful wilderness. He started at the Clinic as a general internist and soon became one of the first board-certified hematologists and oncologists in the region. He was deeply respected and saw thousands of patients from Montana and Wyoming over nearly 40 years of practice.

Warren was a committed ski patroller, serving as medical advisor to the National Ski Patrol for 30 years, and writing the acclaimed medical textbook Outdoor Emergency Care, as well as two subsequent textbooks. He was internationally known throughout the Ski Patrol. He was also extremely active in the Wilderness Medical Society. He loved the Beartooth Mountains and East Rosebud Lake, spending many wonderful years with his family hiking, climbing, sailing and skiing there.

Warren was a thoughtful, generous, kind and gentle man with a great sense of humor. He will be deeply missed.

The funeral will be private.

If you wish to remember him, please make a donation to the Billings Clinic or the First United Methodist Church on the corner of Fourth and Broadway.

Michelotti-Sawyers Mortuary is assisting with arrangements. Condolences may be made online at www.michelottisawyers.com.

Published by Billings Gazette on Mar. 6, 2017.
To plant trees in memory, please visit the Sympathy Store.
MEMORIAL EVENTS
To offer your sympathy during this difficult time, you can now have memorial trees planted in a National Forest in memory of your loved one.
MAKE A DONATION
MEMORIES & CONDOLENCES
2 Entries
I am sad that we didn't reconnect after he left Billings. Warren was a kind, gentle, intelligent gentleman. I met him just before several friends convened in Cordova Alaska for an attempt at climbing Mt. St. Elias in 1971. We got weathered out with time waning for those on a regular work schedule. My spouse and I visited Warren in Billings and will never forget the wonderful hospitality. RIP, my friend. Heartfelt condolences to Warren's family. May the love and memories envelop your grief, yes, even as time has passed.
Betty Menard
Friend
April 29, 2018
I was saddened at the news of Dr. Bowman's passing (I just recently learned about this). I had the honor of working with him when I was NSP communications director some years ago, and helped copy-edit the second and third editions of the OEC textbook. I thoroughly enjoyed working with him, as did my co-workers in the department. He was a kind, intelligent, and thoughtful person, and I will never forget him calling to congratulate me at home a few days after the birth of my daughter (who is now 21). My acquaintance with Dr. Bowman was truly a highlight of all my years as an NSP staff member, and I will never forget him. My condolences to the family.
Rebecca Ayers
Coworker
August 7, 2017
Showing 1 - 2 of 2 results