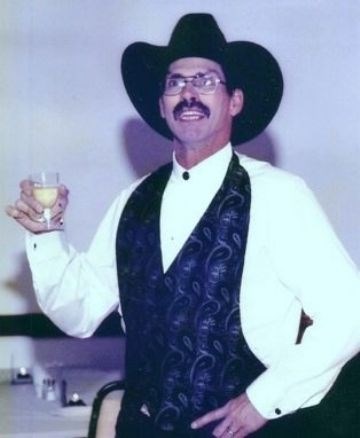 To plant trees in memory, please visit our Sympathy Store.
Published by Billings Gazette on May 9, 2021.
MEMORIAL EVENTS
May
16
Celebration of Life
1:30p.m.
Homesteader Hall
, Huntley, Montana
MEMORIES & CONDOLENCES
7 Entries
You will always be missed and loved. https://youtu.be/zXdWWHjjx4c
Addie
May 15, 2021
Bill was a true gentleman. He loved his wife, his kids and his country with everything he had. Bill was always smiling and ready to laugh and I found his positive attitude to be catchy in a wonderful way. My condolences to the Reeves Family and Bill's friends. God bless.
Kyle Bryant
May 11, 2021
My sincerest and deepest sympathy to Bill's entire family, friends and coworkers. I have known Bill since 2000. He has always been such a kind and caring human being. Loved to talk about his children and what they were up too. Always had a smile on his face whenever I saw him. He will be missed! Rest easy Bill.
Gretchen Berube
May 10, 2021
I'm so sorry for the loss of your husband, father, grandfather, friend . Your all on hy thoughts and prayers. I feel so blessed to have met all of you and for always welcoming me with open arms. God bless you all
Laura Tiller
May 9, 2021
Successful in more ways than one, Career, Family, we love Bill.
Aunt Laone
May 9, 2021
Bless your good heart Bill, no more pain, for an "original Texas Ranger".
Laone Reeves
May 9, 2021
Uncle Bill you were an amazing uncle and will be dearly missed. I'm glad you're no longer in pain though. Love you. My family I'm truly sorry for the loss, he was a great husband, dad, brother, uncle, grandpa, and friend, he will be in our memories and our hearts. He will always be with us. Love y'all.
Melissa
May 9, 2021