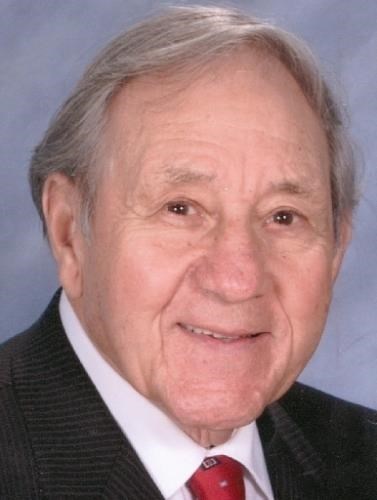 BORN
1926
DIED
2021
FUNERAL HOME
Ridout's Valley Chapel
1800 Oxmoor Road
Homewood, AL
Anthony L. "Tony" Cicio, Sr. of Mountain Brook, Alabama passed away on Sunday, November 21, 2021, at the age of 95. Anthony was born in Birmingham, Alabama on July 8, 1926, and was the son of Joseph and Rosa Tombrello Cicio. Anthony was a graduate of Philips High School, and earned his B.S. degree from Samford University (then Howard College), and his law degree from Birmingham School of Law L.L.B. Anthony served with the Army Air Force 20th Bomber Command, South Pacific, Saipan, Guam, as flight engineer on B-29 in World War II. Anthony founded the Birmingham law firm of Cicio & Cicio, P.C., and as senior partner was a practicing attorney for over 60 years. Anthony was a member of the Birmingham, Alabama and American Bar Associations; member of the American Trial Lawyer Association; President of the Law School graduating class; served as Executive Committee Alabama Trial Lawyers Association; served as Bar Commissioner for the Southeast American Bar Association: admitted to practice before United States Supreme Court, member of Trial Lawyers for Justice; member of the Trial Advocacy Board, Cumberland School of Law: Presided as Judge of Moot Court Trials, Cumberland School of Law. Appointed by the Mayor of Birmingham to serve on the Birmingham Transit Authority, appointed by the City Commissioner to serve on the City of Birmingham Planning and Zoning Commission; appointed by the Mayor of Mountain Brook to serve on its Metro Regional Planning Commission. Member of Vestavia Country Club and The Club; founding member and former President of the Roma Country Club; member of and served on the Board of the Metro Kiwanis Club of Birmingham and honored for outstanding service to Kiwanis. He was a member of St. Francis Xavier Catholic Church and served on St. Francis Catholic Church Parish Council, also serving as lector at Sunday services for many years. Anthony is survived by his loving wife of 62 years, Bonnie; daughter, Valerie Dean (Doug); sons, Anthony Cicio, Jr. (Barbara); and Mark Cicio of Chicago, Illinois; grandchildren, Lauren Dean, Allison Erickson (Nick), Hannah Dean, and many nieces and nephews. Predeceased by mother, Rose Tombrello Cicio, and father, Joseph Cicio, Sr., brothers Philip Cicio, Joe Cicio, and Frank Cicio; sisters, Josephine Cicio Levine, Lena Cicio Giardina, Rose Cicio Dicharia, Marie Cicio, and Ann Cicio. Anthony was an avid outdoorsman, quail, and duck hunter, and loved nothing more than walking the fields with his English Setters and Brittany Spaniels. He treasured fishing on his Shelby County lake, and shared good times with his family and friends at the "log cabin", and at their condo in Destin, Florida. Anthony adored being with his children and grandchildren, and he loved traveling over the years to no less than twelve different countries with his beloved Bonnie, and going to the mountains in the Fall. A celebration of life will be held on Friday, November 26th, at St. Francis Xavier Catholic Church in Mountain Brook. Friends are cordially invited to the visitation from 10:00 a.m. until 11:00 a.m. A Mass of Christian Burial is to be offered at 11:00 a.m. at the church immediately followed by a reception for family and friends in the church hall. The Rite of Committal will be held privately for the family at Elmwood Cemetery. In lieu of flowers, memorial contributions may be made to the St. Francis Xavier Catholic Church, Two Xavier Circle, Birmingham, Alabama, 35213, or to the American Heart Association.