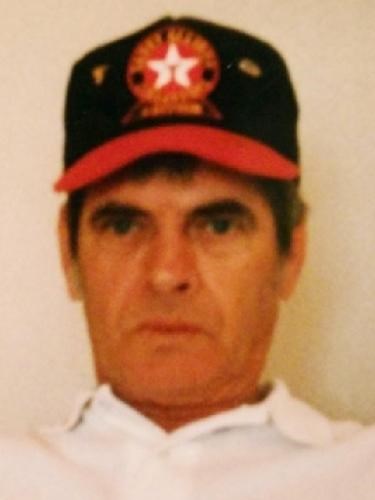 FUNERAL HOME
The New Gardendale Funeral Home - Gardendale
2214 Decatur Highway
Gardendale, AL
Oct. 18, 1941- Aug. 14, 2015 Lloyd Clinton Hays, of Warrior, born on October 18, 1941 to Willard and Pauline Russell, died on August 14, 2015. Lloyd was the youngest, with three sisters - Faye Hays Peters (m. Lloyd Peters), Doris Hays Mayfield (m. Norman Mayfield), Carol Hays Martin (m. Mack Martin). He married Janice Blalock Hays on May 5, 1961. He was a father to four - John Davis Hays, Suzanne Hays Timothy (m. Troy Timothy), Olinda Kim Hays, Nicole Hays Beckham (m. Tray Beckham), and a "Papa" to five grandsons - Justin Davis Hays, Zackary Tyler Hays, Taylor Franklin Timothy, Ethan Hays Timothy, William Hays Beckham and one great grandson - Caysen Hays. Lloyd served in the United States Army. He completed basic training at Fort Hood (TX) and Fort Lee (VA) and was stationed at Wrtzburg, Germany for two years. Afterwards, he worked for several companies and retired from Jim Walter Resources. Lloyd, an avid mechanic, enjoyed traveling to NASCAR races and antique car shows. He restored a '55 Chevy and was constantly tinkering on various heavy equipment and machinery. He taught several generations how to build with wood and other useful skills such as welding. Mexico and Germany were among his favorite places to visit but he was happiest at home. He will be remembered most for his smile. A visitation will be held Thursday, August 20, 2015 fro 5:00 to 6:00 with the service following at 6:00 in the chapel of The New Gardendale Funeral Home. In lieu of flowers, the family requests a donation be made in Mr. Hays' name to the charity of your choice.

Published by The Birmingham News from Aug. 18 to Aug. 19, 2015.
To plant trees in memory, please visit the Sympathy Store.
MEMORIAL EVENTS
To offer your sympathy during this difficult time, you can now have memorial trees planted in a National Forest in memory of your loved one.
Funeral services provided by:
The New Gardendale Funeral Home - Gardendale
MAKE A DONATION
Please consider a donation as requested by the family.
MEMORIES & CONDOLENCES
4 Entries
Janice,Kim,Nicole,Susie and Johnny - I worked with Janice for many years. I am so sorry to hear of Lloyd's passing.
Sundra Plunkett
August 20, 2015
Dear Hays Family, I am very sorry to hear of the passing of your Dad. I remember playing ball for him at Warrior and what a card he was. Thoughts and prayer's are with you all.
Melissa Walker Northcutt
August 20, 2015
I am so truly sorry to hear of Lloyd's passing.
He and JE were good friends.
Sincerely,Doris Rhea Smothers
August 19, 2015
To the Hays Family: My heartfelt sympathies go out to the family and friends during this difficult time. I hope that the promise in 1 Thessalonians 4:14 can bring comfort. Knowing that there's a hope for the ones we have lost in death can be so reassuring.
August 19, 2015
Showing 1 - 4 of 4 results