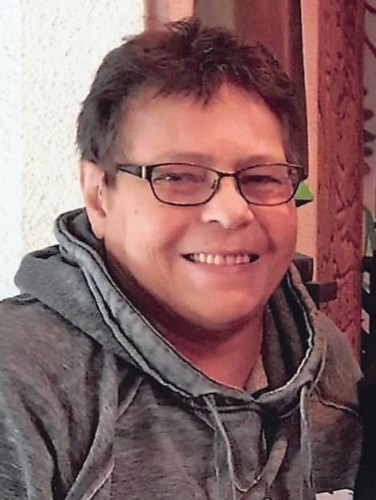 With great sadness, the family of Annette M. Brandt, 64, announces her passing to eternal life. After a five-year battle with multiple myeloma, Annette made her journey to Heaven from her home on March 1, 2021, surrounded by our Heavenly Father and His host of Angels.

Funeral Services will be held 12:30 p.m. Friday, March 5 at Parkway Funeral Service, 2330 Tyler Pkwy, Bismarck, with Msgr. Jim Braaten presiding. A rosary will begin prior to the service. A service livestream will be available on the funeral home's website, listed below.

Burial will follow at the North Dakota Veterans Cemetery, Mandan.

Annette Marie was born Dec. 26, 1956, to Samuel and Minnie (Kastner) Brandt, the youngest of seven children. She was raised on a farm north of Hebron and was a 1975 graduate of Hebron High School. She attended first grade at St. Clements Catholic School, Haymarsh, N.D., before completing her education at Hebron Public School. Following graduation, she enlisted in the United States Army, receiving her training as a military policewoman at Fort McClellan, Alabama and Fort Hood, Texas. She served with the 549th Military Police Company in the Panama Canal Zone at Fort Gulick until her discharge in 1978.

She moved to Bismarck in 2016 to be closer to family and medical treatment. At diagnosis she was told she had a tough battle ahead of her, which she did. Her kidneys failed along with lung disease, requiring dialysis and oxygen supplementation. She never complained – never questioned – always forging ahead and doing whatever she could for herself.

She had a very unique sense of humor! She enjoyed horses and loved football! She knew all the stats about players and how the draft worked etc. Those of us who knew Annette and loved her for who she was, will miss her dearly. You were my rock these last months "little sister."

To plant trees in memory, please visit our Sympathy Store.
Published by The Bismarck Tribune on Mar. 3, 2021.
MEMORIAL EVENTS
Mar
5
Funeral service
12:30p.m.
Parkway Funeral and Cremation Service - Bismarck
2330 Tyler Parkway, Bismarck, ND 58503
Funeral services provided by:
Parkway Funeral and Cremation Service - Bismarck
GUEST BOOK
4 Entries
Our deepest sympathy and prayers to the whole family
Jeanette Elmer
March 5, 2021
Our sympathies to Annette´s family. I worked with her at Dickinson´s Correction Center.
Sue Wallace
March 4, 2021
My condolences to Annette's family. I worked with her at correction center.
Chuck Doppler
March 3, 2021
Annette was my best friend during my life at Haymarsh. She had the best laugh and we may have gotten into trouble together a couple times. Great memories and so thankful God gifted me the grace of knowing Annette.
Marcy Quintus Moore
March 3, 2021